A Malthusian Experiment - Are we doomed?

Tom the Dancing Bug, IN WHICH we run a fun an experiment to find out if environmental catastrophe is inevitable

The Malthus angle is unfortunate. It sounds too much like the ZPG folks, and they’re generally called racists these days, because they proposed reducing population growth in developing areas while not acknowledging that people in developed nations consume and produce waste at a much, much higher rate than the rest of humanity.

I don’t know what to think myself. Reduced fertility sounds like a good idea to me, but I also think Ford F150s, suburban lawns, and consumerism are terrible ideas. Maybe I can purchase a product to help me feel better about all this.

I think they often are very much rooted in racist and classist ideas… fruit of the poison tree and all (Malthus was worried about overpopulation of London’s working poor).

I’ll say it before and I’ll say it again, if people are really concerned about “reduced fertility” the way to do that isn’t by racist/classist policies, especially those aimed at the global south, but it’s to work to allow women freedom and to ensure they are educated, have access to health care (especially reproductive care, but across the board), and give them political power. The problem is men’s feeling of entitlement over our bodies, full stop. Until that is no longer the case, we’re going to continue to have places with high fertility.

And as you note, developed countries often talk out both sides of their mouths when it comes to these issues, consuming like there is no tomorrow and setting up an economy that encourages that, while wagging their fingers over high birth rates elsewhere.

Maybe I can purchase a product to help me feel better about all this.

I know if I just put in another order to amazon, I’ll feel better soon!

Side note (but not really), I’m curious as to how many people on here have heard of the Extinction Rebellion movement? Check it out. 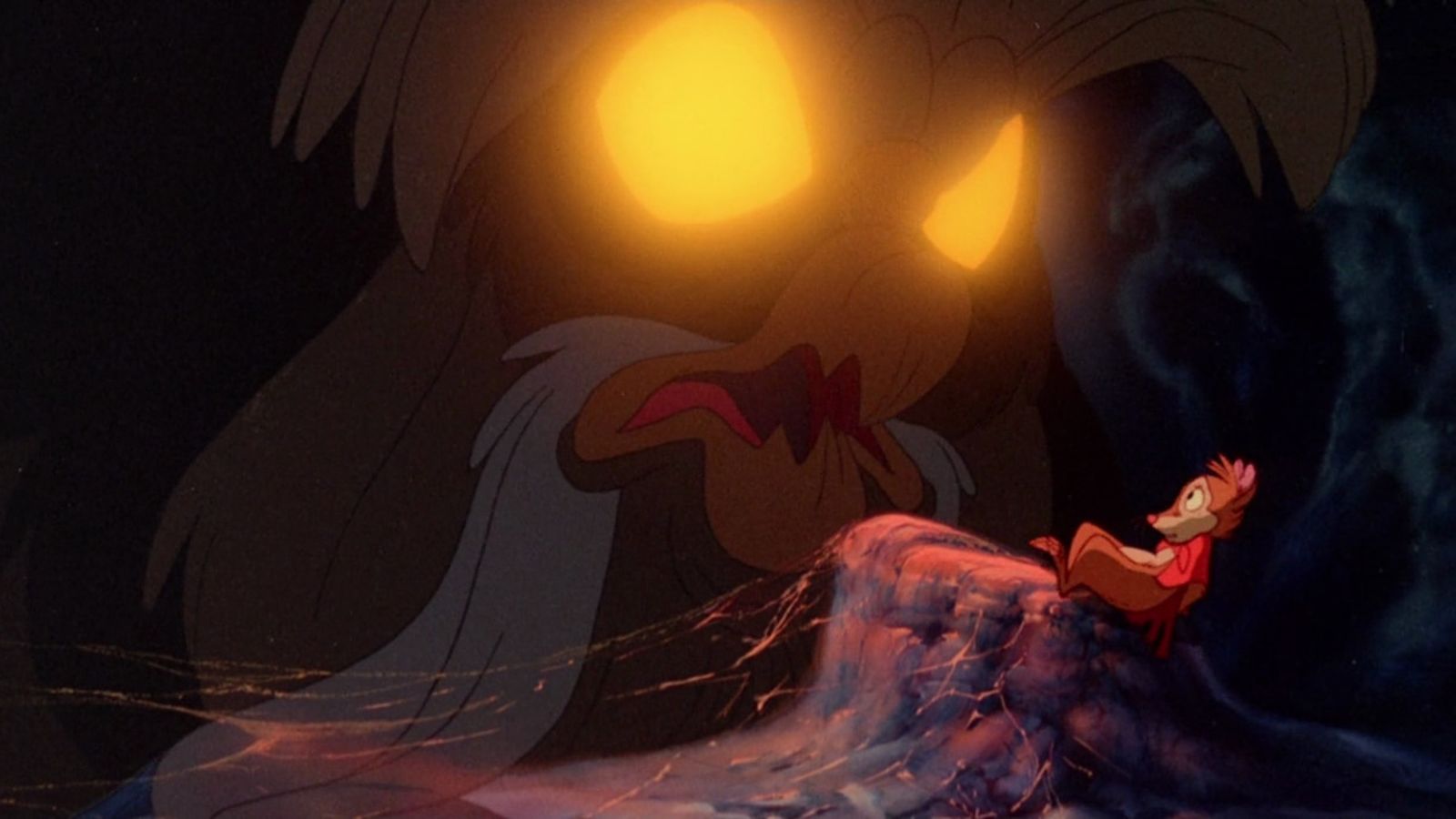 Secret of NIMH Was Inspired by Hideous Lab Experiments

In The Secret of NIMH there are no musical interludes or tween heroines to lighten the mood—just the desperate struggle for survival of a mama mouse against her invariable predation. And it's based on a true story.

Yes, this clashes hard with the classist and racist ideas.

The question is why in developed countries the population is failing better life conditions notwithstanding.

People who claim that population growth is the big environmental issue are shifting the blame from the rich to the poor By George Monbiot. Published in the Guardian, 29th September …

A paper published yesterday in the journal Environment and Urbanization shows that the places where population has been growing fastest are those in which carbon dioxide has been growing most slowly, and vice versa. Between 1980 and 2005, for example, Sub-Saharan Africa produced 18.5% of the world’s population growth and just 2.4% of the growth in CO2. North America turned out 4% of the extra people, but 14% of the extra emissions. Sixty-three per cent of the world’s population growth happened in places with very low emissions(2).

Even this does not capture it. The paper points out that around one sixth of the world’s population is so poor that it produces no significant emissions at all. This is also the group whose growth rate is likely to be highest. Households in India earning less than 3,000 rupees a month use a fifth of the electricity per head and one seventh of the transport fuel of households earning Rs30,000 or more. Street sleepers use almost nothing. Those who live by processing waste (a large part of the urban underclass) often save more greenhouse gases than they produce.

The “population problem” has a Phoenix-like existence: it rises from the ashes at least every generation and sometimes every decade or so. The prophecies are usually the same namely, that human beings are populating the earth in “unprecedented...

Before the 1970s, Malthusianism in its various historical forms claimed to rest on a statistically verifiable formula: that population increases geometrically while food supply increases merely arithmetically. At the same time, anti-Malthusians could...

I read some research on birth rates now and then. My undergrad degree is in environmental science, so I try to keep up. Why birthrates are declining in developed nations pretty much boil down to people are starting to prefer not having so many kids. Many people settle for one or two, and many are fine with no kids.

There are a number of contributing factors. More people now understand that having kids is stressful and sort of sucks (my quick and dirty synopsis of actual research). Urbanization increasing has meant there’s a space problem, a housing crunch. And the rise of contingent labor and other pressures on the workforce mean it’s hard to make a living. My relatives in Germany, of all places, struggle at times. So a kid is often either an accident or a one-off. But, and here comes the anecdotal, talking to people, I see no great desire to have a kid. And also I notice that long-term, stable pair bonds are increasingly difficult to maintain, in part because people are satisfied with shorter (contingent?) relationships.

but it’s to work to allow women freedom and to ensure they are educated, have access to health care (especially reproductive care, but across the board), and give them political power. The problem is men’s feeling of entitlement over our bodies, full stop

I was going to mention this, but you are not only more eloquent in expressing it, but gave it the righteous anger it deserves.

The entire developed world has declining birth rates having to do with both urbanization and growing involvement of women in the economy and political structures. The cheapest way to stabilize a population is making women equal partners in the society in all aspects.

I think that birth control is the first cause of decreased birth rate, and because of better medicine there isn’t a high death rate in children. On the other hand having a lot of kids in an agricultural society meant workforce.
Growing children in middle or low income classes become difficult due increasing costs. Being in a consumerism society causes mandatory expenses either by law, think about safety seats for cars or no freerange kids policies, or caused by peer pressure, with tons of useless toys and gimmicks. I am a gen X but I remember that when I was a kid no seatbelts on the backseats were present, and during motorway trip no DVD player or table were available do distract me, so I reverted to play the lorry plates bingo.

On the other hand having a lot of kids in an agricultural society meant workforce.

The corporation and mechanization of agriculture meant fewer people are needed for a farm workforce outside of occasional seasonal menial labor. So even in the few family owned farms left in developed countries, large families started to become liabilities to some extent.

It sounds too much like the ZPG folks, and they’re generally called racists these days, because they proposed reducing population growth in developing areas while not acknowledging that people in developed nations consume and produce waste at a much, much higher rate than the rest of humanity.

I just read that orthodox Jews in Israel top the list of fertility, and that’s a developed country so you get to be called, well, another kind of racist.

While it’s true that poor people don’t pollute all that much today, if you expect them to one day to become as wealthy as we are, then there is going to be a problem. We can at least make sure there is birth control available for those who wants it, because often women have more children than they would prefer.

If the Earth is an experiment, then where is the control group?

That would be one of the other simulations, run on an identical machine, but with slightly different parameters.

Would be funnier if the mice came to a collective agreement about how to deal with their environmental impact and the scientists just can’t tolerate such and outcome so keep running the experiment over and over again trying to make it worse for the mice each time. Did I say funnier? I meant sad.

The question is why in developed countries the population is failing better life conditions notwithstanding.

In the USA at least, if a whole generation is told they will have to reinvent themselves for the newest gig every few years, and be ready to pull up stakes and move every few years, no one should be in the least surprised that they marry later (or not at all), have fewer kids, buy fewer houses, and fail to get involved in their communities.

I am a gen X but I remember that when I was a kid no seatbelts on the backseats were present, and during motorway trip no DVD player or table were available do distract me, so I reverted to play the lorry plates bingo.

The I-SPY books are spotters' guides written for British children, and particularly successful in the 1950s and 1960s in their original form and again when relaunched by Michelin in 2009 after a seven-year gap in publishing. The I-SPY books are a series of around forty small volumes that have sold hundreds of thousands of copies each, totalling sales of 25 million worldwide by 2010. Each book in the I-Spy series covers a different subject, such as I-SPY Cars, I-SPY on the Pavement, I-SPY Chur...

Part of the problem with a stabilized population though is that the traditional methods of support for the elderly, whether it’s Granddad living with the kids or a social-security type system, start to show signs of strain as the ratio of workers:retirees drops from 4:1 or 5:1 down to 3:1 or 2.5:1, and when it drops below 2:1, move into unsustainable territory.