A portable dock for my Nintendo Switch 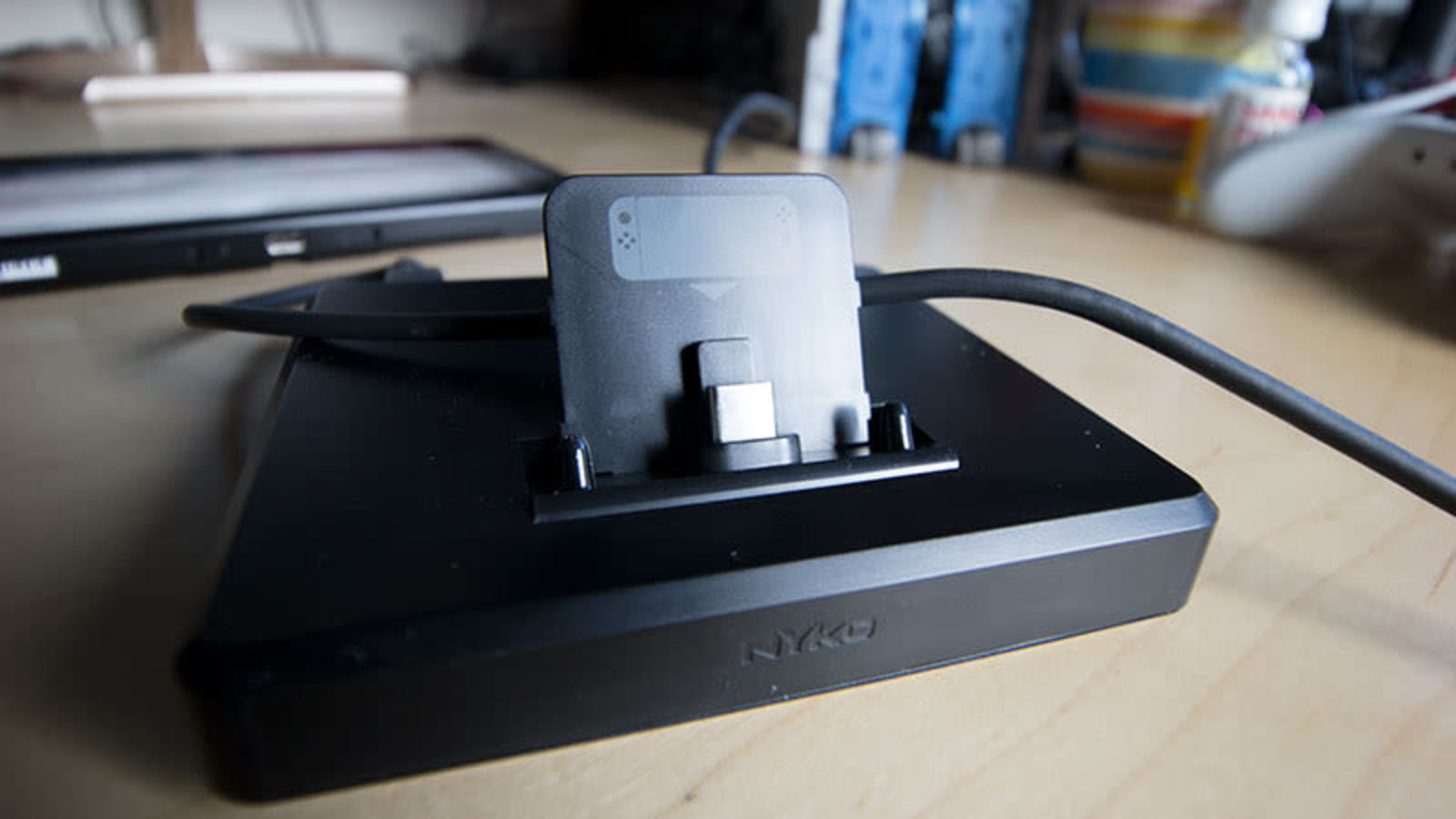 Sean G. says his 80-hour Zelda: Breath of the Wild save file no longer exists, along with the other contents of his Nintendo Switch, after the system’s recent 5.0 firmware update met his Nyko portable docking kit.

It is more likely 3rd-party docks were poorly made, which is always a risk with hardware sold to gamers. Any USB-C dock made for a computer should be fine to use on a Switch. No manufactuer wants to get a reputation for frying someone’s Macbook.

It seems that adherence to the PD (PowerDelivery) protocol was not exact in some docks and some versions of the firmware created problems.

I have heard some stories about the Nintendo dock having some firmware in it that tells the Switch GPU to overclock when docked, but I kinda don’t believe there are two “TV Modes” with one to punish people who use a 3rd party dock for HDMI output.

It seems that adherence to the PD (PowerDelivery) protocol was not exact in some docks and some versions of the firmware created problems.

Specifically, Nintendo’s implementation of the USB-PD protocol is broken (intentionally? Who knows) and so yeah, a dock made not specifically for the switch’s broken implementation can brick it.

And this right here is exactly why I refuse to even attempt a 3rd party dock. If one was to offer a guarantee/warrantee to cover the full switch system, I’d be more inclined to take the risk, but as it stands, unless it’s an official Nintendo approved product, I’ll continue to play the way I have since I purchased the system.

It’s just not worth it to me to get a non-official dock. Even the chance of bricking it isn’t worth it.

Besides, the dock is literally already portable. The only reason to own this is the extra USB ports.

Also, what the heck kind of Fortnite matches are you having that you run out of battery in 2-3 matches? With the way the storm works, a match can’t really last beyond about 20 minutes. You should be able to get in, on average, close to 15 matches on one charge. Even if you literally win every round, you should still get 10-12.

No way. The internal Switch battery lasts about 60 minutes playing Fortnite. Thats about 3 games if I make it to the final 5, which I tend to do.

Brightness is at max. It has to be for my eyes on that tiny screen.

I keep my brightness at about 85-90% and it lasts 3 hours or more for me playing Fortnite. In fact, I’ve never played anything that it lasted under three hours. Though I’ve had it last more many times. Blaster Master Zero had me going for around five.

That seems impossible to me. I have not gotten more than maybe 1:15 of play while playing Fortnite. I can get hours when playing Kingdom of Loathing.

A quick Google search about the battery and Fortnite… some Redditors were saying they were only getting 2 hours on Fortnite out of their Switch. At least one guy said his day one launch Switch died after 2 hours and 19 minutes of playing Fortnite but his friend’s Switch was still at 41%. All I can say is I regularly get 3+ hours. Is your Switch a launch day model? And do you play BotW? If so, how much battery do you get playing that?

On Switch I pretty much play Fortnite. My daughter plays Mario Kart and Super Mario.

I just did some searching and it appears there is a powersaving mode. I do not I have that on because I immediately think it’d impact performance. Could that be it?

It couldn’t hurt to try, though I don’t think I’ve had that toggled on and other games don’t have that. Hmm. I haven’t played Fortnite recently… Maybe recent updates made it drain more power? I don’t know. Seems strange to me. I’m not hearing anyone else get that low of a battery usage out of their Switch for any game, including Fortnite.