A story about a weird "magic switch" at MIT

Originally published at: A story about a weird "magic switch" at MIT | Boing Boing 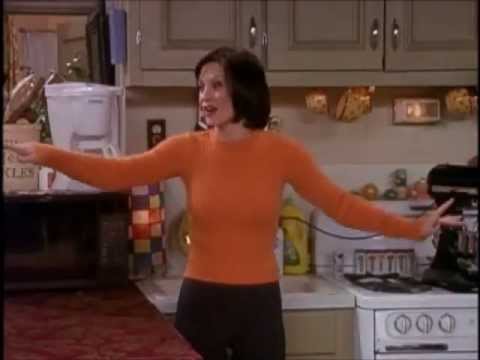 You’d be surprised at the shenanigans the electrons in a computer can get up to.
I might have dragged an oscilloscope over to the switch to see what was really going on.

The “A Story About ‘Magic'’” link doesn’t seem to work in the original article because it seems to have an extra apostrophe in the URL.

The real link should be: A Story About ‘Magic'

The old XKCD store used to have a sticker pack including “magic/more magic” precisely because of this story. (Alas, the XKCD store closed a few months ago, but we still have archive.org.)

Is it me or does Richard Greenblatt sound like a bit of an arsehole in this story?

Being able to switch star grounding on and off would be really helpful in diagnosing ground loop issues! Back then you might even be able to hook up a speaker to hear what’s going on since computer clock speeds were low enough to have audible overtones. Just listen for the difference as you flipped the switch. 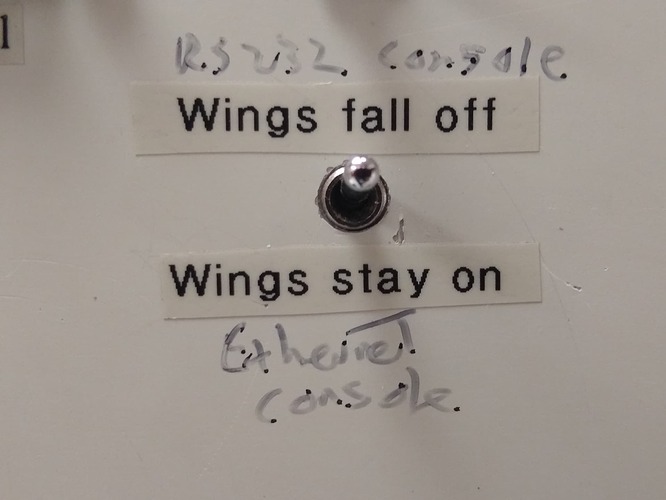 I was in a training class for a new MRP system, the instructor was late so they said to just try any of the commands that looked interesting. Yea so I clicked on the shutdown command. It did exactly what it was suppose to do. Fortunately it was just the training database. Dang IT nerds can’t take a joke.

I got my dad that far side card for his birthday. He is terrified of flying.

Reminds me of a story told to me by a system administrator a long, long time ago.

Where he was previously working, the mainframe / minicomputer (I don’t remember which), was located in a secure room, as they usually were at the time. No one, except the system administrator and a few trusted individuals, were allowed in the room.

The control console of this particular computer had a large red button, similar to the emergency stop buttons that you see, kinda mushroom-shaped and clearly meant to be whacked rather than gently pushed.

Well, a certain user became one of those trusted people, and was allowed to work in the secure room. Well, while working there on a Saturday, curiosity got the better of him and he pushed the red button.

Turns out the red button truly was an emergency button, and pushing it released a multitude of spring-loaded grounding fingers that snapped to various contact locations on the boards.

The computer manufacturer’s service people had to come in and pry each one of those grounding fingers back into place. Needless to say, the trusted user was never trusted again.

I’ve got one of those. Our house has a 3 switch plate; we were able to easily find out what the top and bottom switches controlled, but the middle one is still a mystery. I suspect it connects to a GNDN conduit.

I’m far from expert so this is more of a trip down memory lane than a working theory.

Anyone remember “turbo” mode? I think this was early pentium era. Likely not applicable to a PDP-##, but as I was reading this I thought mayybe mere magic mode would switch it down to a more efficient state that would no longer sustain the present more magic load.

I have a sticker from that pack on my clipboard at work! 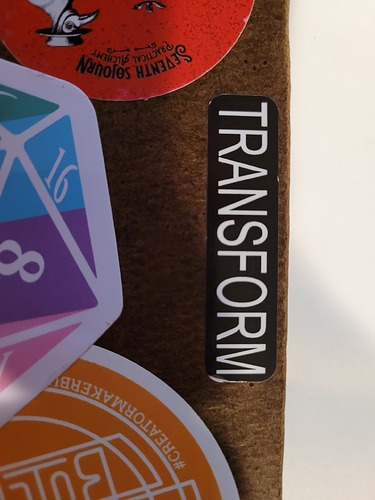 My SIL was safety inspector for her lab’s facilities including food production process testing. She was reviewing safety in one lab with a production machine and of course there was a large red emergency button. After seeing the machine operating, she asked the lab manager if the “stop” button worked. He said it did. She then asked if it had ever been used. When he replied “no,” she immediately reached out and smacked it, bringing the machinery to a rapid halt. It took the lab two hours to restart operation but they absolutely knew the emergency button would work!

Had a customer do the same; first time they got to see the system and he just went wild.

Then asked, “so why can’t we click it back on again?”

Sir, you hard-shutdown all the servers. You do that, you need to drive in and switch 'em back on.

I thought it was totally awesome and hysterical, because everything he asked it to do, worked!

Allegedly the E-stop button on the first IBM mainframes would fire explosive bolts through the power supply conduit.

Since we’re sharing funny labels on things, this is my current fave: 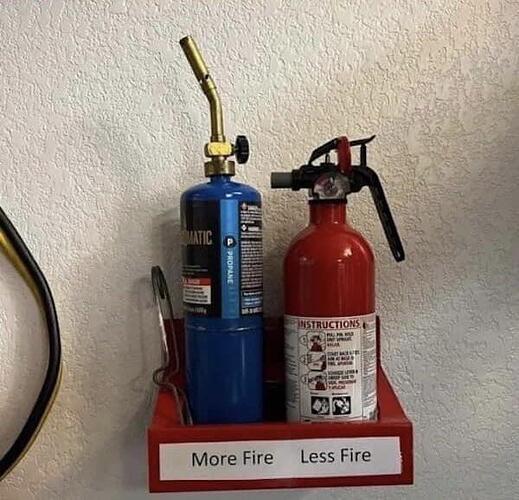 600×578 55.5 KB
Since we’re sharing E-Stop stories, a machinist using one of the new multi-million dollar extreme high-speed CNC machines pointed to the E-stop button and said to me, “That’s entirely decorative. By the time any human manages to hit it, the machine is already a boat anchor”. Makes you laugh and think.
19 Likes
howaboutthis August 12, 2022, 2:25am #19

E-stops are the electrical equivalent of “Wet paint, do not touch!” signs.