A "super sexy and silky" way to use bone broth

I’ve read a few articles on bone broth. I fail to see how it is any different than making traditional stock from scratch (i.e. with the carcass of a chicken or with leftover bones from beef)? 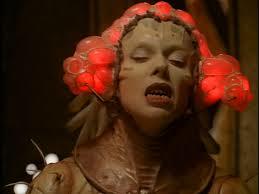 Not to worry, you fail to see how it is different because it isn’t.

Bone broth if just fucking stock. Rebrand it, charge ten bucks for it, and suddenly everyone looses their god damned mind.

Don’t get me wrong, good stock is great, and I use it a lot. Which is why just about every other recipe has called for it as long as there have been printed recpies.

Yeah seeing this here and a few other places it just looks like stock that’s been re-branded as some sort of health fad or radical luxury good. If there’s any difference it would appear that packaged products labeled as “bone broth” are going to be actual stock, where as most packaged stock is just broth. Or maybe full flavored broth that is made from real stock (real stock, even good stuff is often/usually pretty bland). Though that doesn’t mean that there’s any quality or added benefit to it over just boiling some shit yourself.

Yeah it makes your recipes taste better because it’s fucking stock. It’s been the first ingredient in sauce recipes for centuries.

The hyperbole in this post is beyond anything ever published!

Get a pressure cooker and you can make broth…etc, each week for use for cheep. I get chicken thighs with backbone attached for 3 dollars for 3lbs at the “Food Depot”. Those go in the pressure cooker, skin and all…with an onion, carrot, and celery and bundle of thyme. Cover with water (about 2.5 quarts) pressure for 35 mins…let it cool off. Strain it and store it. Same for beef stock…except I tend to brown the bones and veggies and then pressure cook them.

A lot of the “Paleo” foodies have been going on & on about “bone broth” lately. As others have mentioned, it’s just a new word for a proper stock, which has been a cooking basic for ages.

Good stock makes sauce better? It’s not like that idea has been the basis of fine French cuisine for centuries. Or that people haven’t been simmer bones in liquid to extract flavor and nutrients since the beginning of time.
I’m all for good stock being available for purchase, but call it fucking stock. Don’t call it goddamn ‘bone broth’ like it’s a concept that’s just been invented. Jesus Christ I’m glad the paleo diet exists because it’s a really easy way to tell if someone is a gullible moron.

I fail to see how it is any different than making traditional stock from scratch (i.e. with the carcass of a chicken or with leftover bones from beef)?

You use mostly chicken feet rather than mostly carcass.

I wonder how my great grandmother would have reacted to stock being called “super sexy”. Suddenly, my family recipes feel dirty.

Bone broth? What is this, the ladybird book of witches?

This is just stock.

Even wikipedia knows what stock is: http://en.wikipedia.org/wiki/Stock_(food)

uhm… have to agree with other posters here. It’s just stock. Why, just yesterday I made some small batch artisanal bone broth from a free range leftist chicken carcass.

Male Tenor:
The girl wants to fix him some broth.

Male Tenor:
Small dogs in it

Female Soprano:
Yooooouuuu . . . Do you?

Male Tenor:
How do you like it?
Debris of the four styles offered
Debris broth breath
And the ever popular hygienic
European version
Tinselcock!

Male Tenor:
Which do you choose?