Given the topic, this controversy is definitely going to bring out Jordaddy and his followers once it starts hitting right-wing sites and Facebook. Which means “dumpster fire” is going to be an understatement.

lol I’m prone to that one myself, like when Jason Momoa takes off his shirt for example

Transgender folks in general don’t have a disease; they are simply human beings who are more than just ‘binary.’

Ugh, the willfully stupid; I wish they would burn… as in spontaneously combust whenever they let such idiotic nonsense fall out of their mouths.

Littman didn’t even interview the kids themselves, or anyone else other than parents who already congregated in seemingly transphobic parents’ groups online. Given that she plans to do"further research" why publish something so dangerous and inflammatory now? Kids are heavily screened before any kind of surgery, so what’s the urgency? It’s hard to believe that a “physician-researcher in the Department of Behavioral and Social Sciences” wouldn’t foresee the Behavioral and Social fallout from something like this. “social contagion?” really? Way to just hand assholes a scare-word. You suck, Littman.

I can believe it, given the shitty state of health care in the U.S. 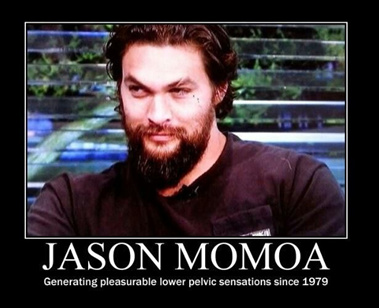 My oldest daughter is a transwoman. If it were a disease, wouldn’t someone else in our family or her group of friends have “caught it”? Or am I confused about how diseases work?

I would read the paper, but… no. No thank you. Just from the description I can tell it will only piss me off uncontrollably, and it’s not even noon yet here.

I really wish we could get past this stop on the trend and move on to “Trait” already. But, as @Rita_Lynn pointed out, until our healthcare nonsense get sorted out… maybe not.

Considering it was published despite the fact that

Littman didn’t even interview the kids themselves, or anyone else other than parents who already congregated in seemingly transphobic parents’ groups online.

RODV - Rapid Onset Devertebration - epidemic among solidly anti-Trump Republicans who became pro-Trump once he was elected, this devastating disease causes total degeneration of the spine and loss of free will. The only known cure is complete removal from elective office.

The article was theoretically peer reviewed. It was published in PLoS One, an open access journal that doesn’t have an especially tight filter. Access to content in is free, which is good for researchers, but authors pay to publish. This doesn’t create a very good incentive for the journal to reject anything, and many open access journals, including PLoS One, are clearing houses - they’ll publish almost any research paper you submit. They claim to conduct peer review to verify that research is “technically rigorous”, but in this case they accepted a paper where the research was based on a bunch of anecdotal evidence - surveys of parents of trans kids, who were recruited through an online community that wasn’t especially accepting of the trans community. Not very rigorous.
(Side note: open access is about as controversial a topic as Mac vs. PC, so I apologize in advance if this blows up your thread)

Or am I confused about how diseases work?

Disease can be congenital through random chance. Rather than contagious, inherited, or environmental.

The Wachowski siblings are both transwomen. Statistically this seems unlikely, but maybe it’s just the Birthday Paradox.

Disease is the wrong word

Does she use the word “disease” in the PLOS article? The Science article linked here doesn’t use it.

Yes, it should, and that’s the answer to this problem, not calling those of us concerned about academic freedom (which is under attack by university administrations all over) “grifters.” But peer review has been broken for a very long time now.

I think the best description I have heard is that it’s only Rapid Onset when people have refused to listen for your entire life and just suddenly noticed.

As for so-called clusters… Gee, like-minded kids tend to hang out together in groups that will support them. Imagine that.

The definitive – and, at least, the standard – way to refute bad science is with good science. I’m somewhat loathe to raise this point, but you don’t address the science here at all. Your passion and alertness are commendable, but otherwise this rhetoric is not a good look.