Jesus - for the love of god, don’t call it “occupy” anything. That term is tainted and going to turn off a certain percentage of people right off the bat. It’s an important subject that needs to not be seen as a “cause” by any political leanings, but a universal one we can all get behind.

If that’s what it takes to make the news, so be it. Cable companies want to keep this quiet. F*ck them.

That term is tainted

It’s only “tainted” because a great many people only believe what the TV tells them to believe. They also believe the TV is an impartial source, with no agenda at all.

don’t call it “occupy” anything. That term is tainted

Thank you for your message of unity.

If the term is “tainted”, then that’s because it is tainted. As one who is in total sympathy for the “occupy” movement, I think the term has become over-used and counter productive. I’m just waiting now for “Occupy-Gate”.

If the term is “tainted”, then that’s because it is tainted

That’s like saying if the Tea Party was for Net Neutrality, suddenly everyone who opposes them will change their stance on Net Neutrality. It’s not going to happen.

As one who is in total sympathy for the “occupy” movement, I think the term has become over-used and counter productive.

You just contradicted yourself there. Maybe the better word is partial sympathy if you think usage of the term itself is over-used and counter productive considering the positive gains made by its usage. And, if you don’t see the positive gains, then I would then suggest “lukewarm” sympathy at best.

Oh for fuck’s sake Cowicide. NO, it is nothing like saying, “if the Tea Party was for Net Neutrality, suddenly everyone who opposes them will change their stance on Net Neutrality”. All I’m saying is that the word has lost its mojo as far as being inspirational and winning people to a cause,
is concerned.

All I’m saying is that the word has lost its mojo as far as being inspirational and winning people to a cause, is concerned.

How are you gauging this? By what you see on TV? According to most corporate television, sure. But, there’s a world beyond the status quo that even some of the corporatist news outlets can’t ignore completely.

While you may not be inspired by it, many others are nationwide as well as worldwide: 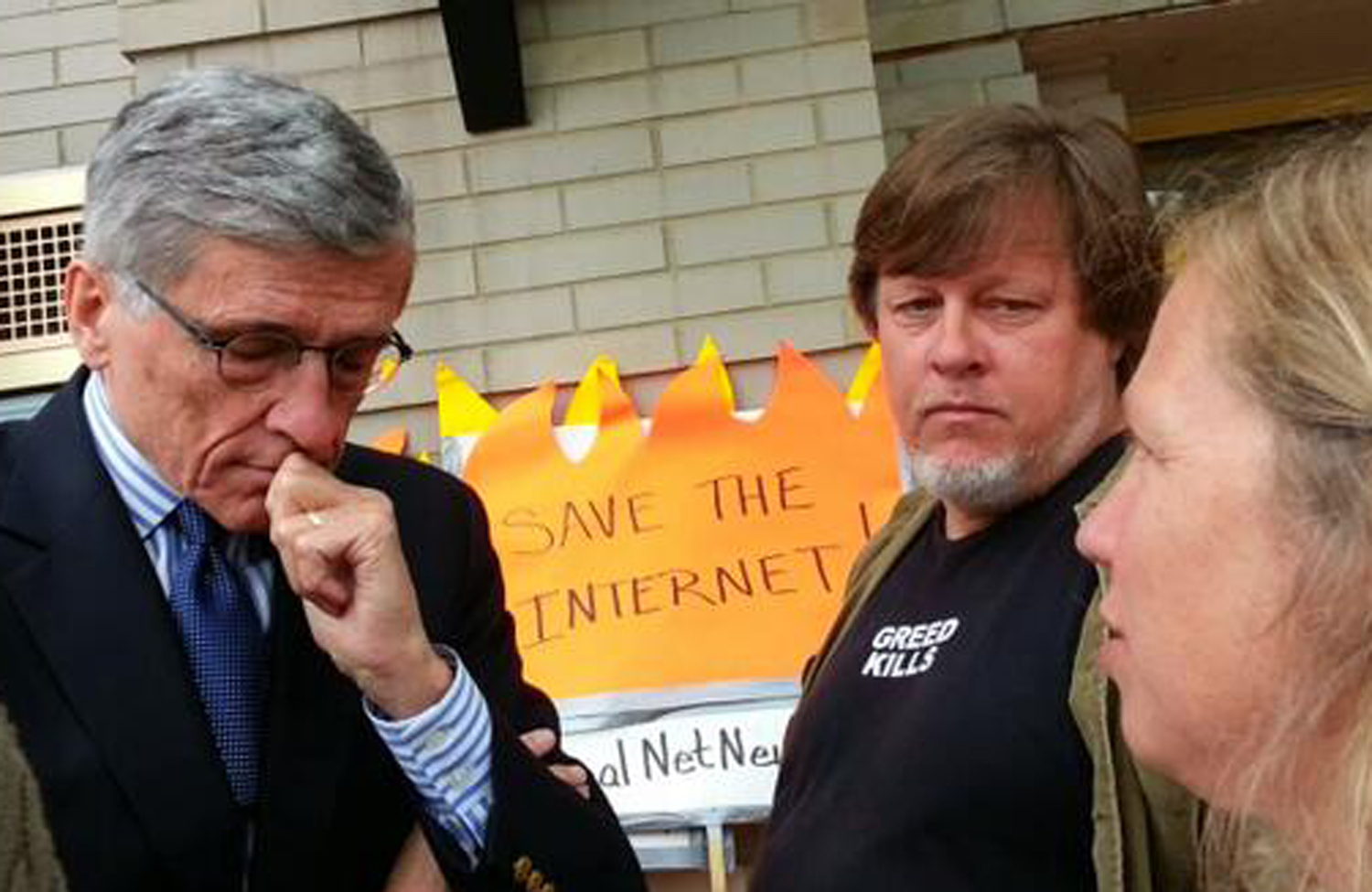 Why We All Need to Act to Save the Internet

The FCC is expected to vote today on rule changes that would force every web service that can’t pay expensive new fees into an Internet slow lane.

FCC chairman Tom Wheeler came out to meet with Occupy the FCC demonstrators on May 14th. We made it clear that we’re glad he’s willing to talk but we need action: reclassifying the Internet as a common carrier is the only way to protect net neutrality for the longerm. the Chairman’s favored path is – 706 – a bandaid, not a solution.

Net neutrality protesters are literally camped outside the FCC. And the...

Staffers are said to be supportive of the protesters' efforts, and an FCC chairman even stopped by to chat. Financial innovation was a buzz phrase not so long ago as faith in deregulation helped clear the way for too much risk-taking by large financial companies. The downside of deregulation became clear mostly in hindsight, when we realized how it had... 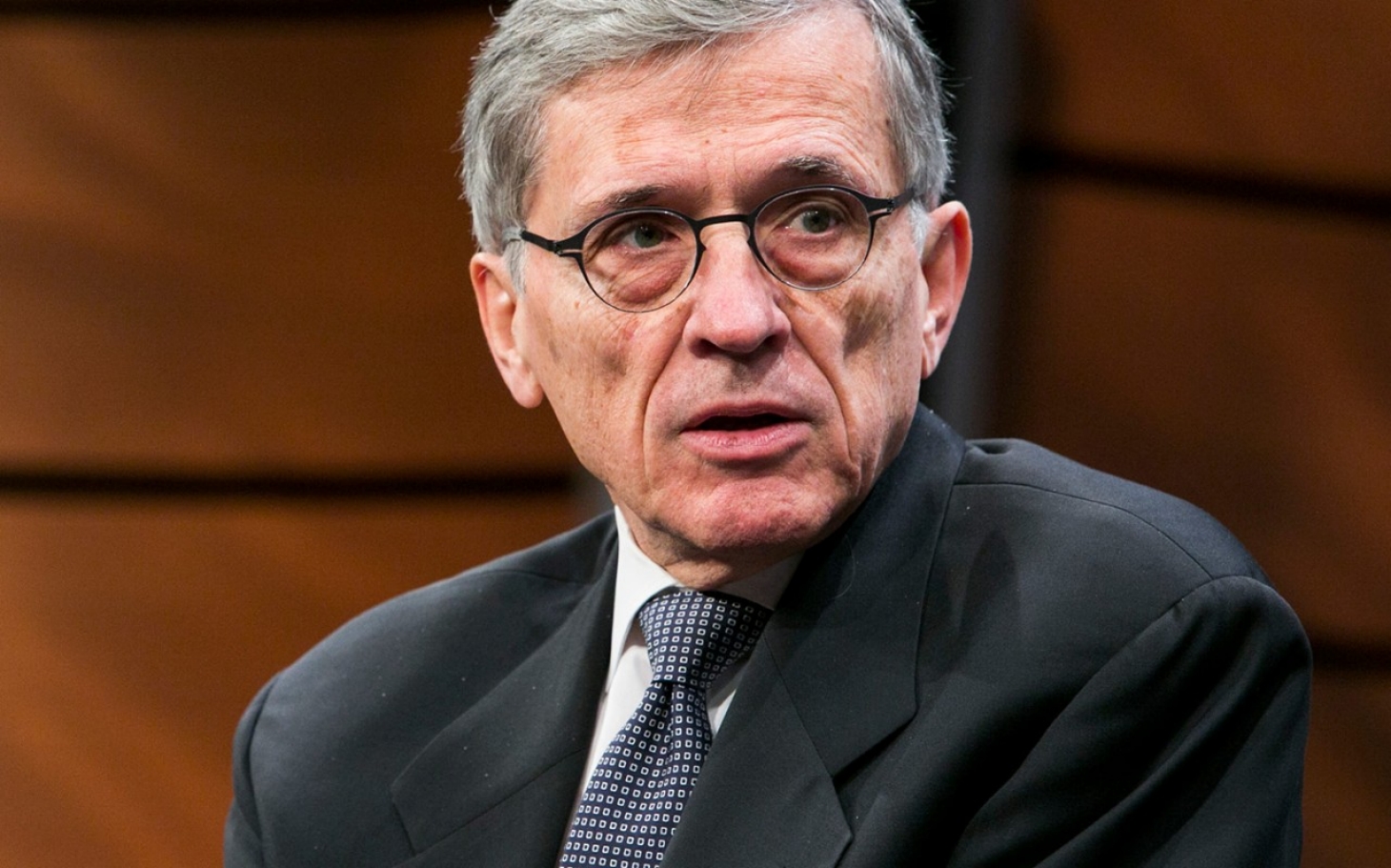 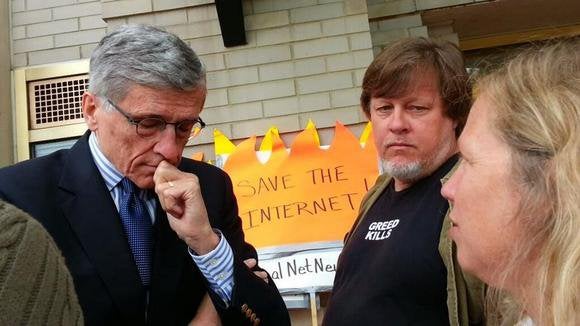 A small group of protestors camp out beside the FCC building and call for the agency to reregulate broadband.

Oh for fuck’s sake, no one is stopping you from getting your ass out there and representing those who are tired of the word “occupy” and are for Net Neutrality. Or, perhaps you could put some energy into this thing called gratitude for those who are doing their part out there and putting themselves out to gather more begrudging media attention to the cause… no matter how much their “occupy” label may hurt your semantic sensibilities.

I have nothing but gratitude for these people out there and I feel the same whether some of them are Tea Party members, Occupy Wall Street members or not.

It’s only “tainted” because a great many people only believe what the TV tells them to believe. They also believe the TV is an impartial source, with no agenda at all.

I totally agree. Many people who disparaged the original “occupy” movement did so due to the characterization that everyone protesting were communist hipsters or some other thing “not like them”. So the movement became discredited because they didn’t like the people who seemed to be at the forefront, even though if they sat down and analyzed what they were protesting they would probably find a lot of common ground.

Thank you for your message of unity.

Hey man, I didn’t start the fire. I’m just commenting on the reality of it.

You could start an “occupy” movement on a factory that makes plastic water bottles from live babies, and you would have people instantly turned off to it. Conversely, you could have something like, “Nazis for gay rights”, and even if you agreed with gay rights, you wouldn’t be for their protest because of who they are.

People are sheep and propaganda and marketing/advertising has effects.

Oh great, the “sheeple” thing… More of your sincere efforts at unity, I see? In your initial post, you spoke of how important unity was, yet you’ve ironically and hypocritically achieved the very opposite with your dismissive and increasingly insulting posts.

“Nazis for gay rights”, and even if you agreed with gay rights, you wouldn’t be for their protest because of who they are.

You just basically compared the Occupy movement to the unpopularity of the Nazi party.

Is this your effort to further bring about unity? Great going… /s

So the movement became discredited

Maybe if you listen less to the status quo and open your eyes to the positive changes that resulted from OWS, you’d have a different opinion.

This “discredited” movement has pushed our country forward from an utter state of denial. As many wise people have said, first you have to admit you have a problem before you can tackle it.

People like you just keep chasing your own tails instead.

So, someone forced you to come into a thread that supports the efforts of those who got their asses out to the FCC to support Network Neutrality and shit all over it? Who twisted your arm?

I have nothing but gratitude for these people out there and I feel the same whether some of them are Tea Party members, Occupy Wall Street members or not.

Man you need to switch to decaf or cut yourself off at 2 5hr Energy Shots a day. You’re reading way too much into this and coming up with things I’m not even saying.

I’ll try to simplify and lay it out again:

If I were creating a protest for Net Neutrality (or what ever), I would make every effort to be as inclusive and as broad appealing as possible.

But by using a term like “occupy” you automatically now lump it in with a whole different protest. One can’t use the term “occupy” with out one’s previous biases not affecting how you feel about the new movement. It’s how our brains work.

So - in conclusion - I would be as broad appealing as possible and avoid associating it with any other group directly, even if it is just the superficial use of the word “occupy”. Why shoot yourself in the foot with bad PR?

If I were creating a protest for Net Neutrality

They are already out there right now.

This isn’t the planning stages and this isn’t some postmortem discussion after the fact. It’s May 15th. You’re yelling at a runner in a race mid-stride after the starting gun has already gone off. The only thing you’ll achieve at this point is demoralization and your own self-satisfaction of dismissing a tactic you don’t agree with. You are the very epitome of anti-solidarity at this point while ironically espousing how important it is.

They’ve already called themselves “Occupy the FCC” and they are out there right now doing their part in the manner they saw best.

What good does it do for you to shit on them right now? Where were you in the planning stages?

Don’t give lip service to solidarity when you obviously have little grasp of the term. The way to destroy solidarity is to convince yourself that you must agree with every tactic of your compatriots in order to support them. (Something I need to seriously work on myself, I have to admit)

This isn’t constructive criticism before or after the fact. Please stop fooling yourself, this is wasting your time shitting on a parade in process for your own selfish desires.

It’s obvious to anyone reading your drivel this isn’t about unity, it’s about your ego.

I’ll put it this way. I’d be cheering you on right now if you were out there in front of the FCC with a sign that humorously said:

they’ll be vilified by FOX News. FCC to cripple the Internet

The Federal Communications Commission thinks the Internet in the United States can be run at two speeds.

A federal appeals court has struck down an FCC ruling meant to prevent ISPs from prioritizing some website traffic over others, saying the ruling had no basis in law.

The end of net neutrality?

The World Wide Web party may be over. If proposed regulations from the FCC become the law of the land, they will close the open bar that has allowed digital information to flow freely over the Internet.

you know what they say about broken clocks…

Watchdog decries politicians’ claims that they “are acting in the public interest.”

Watchdog decries politicians' claims that they "are acting in the public interest."