Never listen to a politician speak. Their words have negative value.

A federal appeals court on Tuesday struck down regulations that require Internet providers to treat all traffic the same, dealing a potentially fatal blow to President Obama’s push for “net neutrality.”
Opponents of the rules, led by plaintiff Verizon, hailed the decision from the D.C. Circuit Court of Appeals as a victory over government meddling in the marketplace. “The court’s decision will allow more room for innovation, and consumers will have more choices to determine for themselves how they access and experience the Internet,” said Randal Milch, Verizon’s executive vice president of public policy.
Rep. Marsha Blackburn (R-Tenn.), one of the biggest opponents of the Federal Communications Commission (FCC) rules in Congress, applauded the court for striking down “socialistic regulations.”

The decision is blow to President Obama, who made net neutrality a campaign pledge in 2008.

you mean by trying to pass laws to mandate net neutrality?

how did that bill do?

the GOP killed it.

Missing the point. The president has the power to support net neutrality by executive means and he’s not doing it. We all know the congress is locked up and the Reps are foretasted to get more seats in the house and gain control of the senate. We are at war and the Dems response? - “meh.”

It’s a matter of political economy, not party. Getting over that mentality will go a long way in understanding the issue.

The fact of the matter is that he’d rather spend political capital on agitating in Syria and in Ukraine. There’s no interest in NN, issues like closing GTMO, the environment, etc.

…he’d rather spend political capital on agitating in Syria and in Ukraine.

The president has the power to support net neutrality by executive means and he’s not doing it.

You should take a look at what that court decision was all about.

The Dems’ response was to try to pass a law.

Finding the Best Path Forward to Protect the Open Internet

I am a strong believer in the importance of an Open Internet.

If people don’t like the way their ISP does business, they are free to
patronize another ISP. They are also free to start up their own ISP and
run it as they see fit.

The Market has spoken! All hail Jambi! 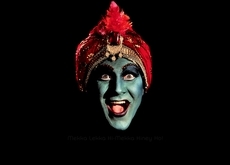 maybe, except there are only two political choices alas:

If people don’t like the way their ISP does business, they are free to patronize another ISP. They are also free to start up their own ISP and run it as they see fit.

Ha Ha, good one.  That is the joke of the “free” market.  Except it is an extra large joke in this case because of how the internet works.  No one, or almost no one, carries data from endpoint to endpoint.  Owning your own ISP or switching ISPs won’t do jack if the data passes through a carrier that downgrades it.

Has there yet been any details on the announcement next week that suggests it has anything to do with network neutrality? It sounded to me like it might have just been groundwork to better formalize the sort of lopsided peering agreements that Netflix and Comcast recently got into.

If you think the Netflix/Comcast deal had anything to do with net neutrality, read up on it. This blog has (and links to) several informative points: http://blog.streamingmedia.com/2014/02/media-botching-coverage-netflix-comcast-deal-getting-basics-wrong.html

I really liked lots of things Candidate Obama said when he was running for president. Unfortunately the dude who showed up to actually do the job had a much different set of priorities, which didn’t include fair trials for prisoners at Gitmo, or ending the Iraq War quickly, or spending 15 minutes to fix Don’t Ask Don’t Tell before the courts forced him to, or appointing a Justice Department head who’d prosecute war criminals instead of medical marijuana dispensaries, or putting a public option into the health care system he was giving away to big insurance companies, or following the Constitution’s rules on whether you can assassinate American citizens without a fair trial.

I’m a Libertarian, so I wasn’t expecting Obama to be able to fix Bush’s economic damage overnight, but I was looking forward to at least some hopey changey stuff, and a lot more “not being George Bush” than we got.

Most voters, (aside from those strict conservative ideologues) were probably also looking forward to ‘changes’ of some kind. I did not vote for Pres. Obama in 2008 or 2012, but I would have loved to see him deliver on his substantive campaign promises. Unfortunately, his tenure has not been exceptional. Yet it has served as an important lesson for my generation of Millenials: federal-level politics is largely a waste of time/money/interest. At best, federal (and many local) politicians are amebic, utterly spineless and moving in whatever direction the prevailing currents take them. At worst, they are unethical, corrupt, and deserve nothing more than our scorn.

The American political system is thoroughly–and probably irredeemably–corrupt. The sooner we accept this fact, the sooner we can devote our time/money/interest to finding genuine solutions to the many problems we face. We will probably never get rid of this political system–those who participate in it will not give up the opportunity to profit from it, and those hardcore partisans will continue to watch from the sidelines as cheer for their ‘team’. The system, those in the red or blue camps, the media industry built around it, etc. will be like a headache in the back of our skulls that we must endure as we go about our lives. Just like the Baby Boomers who will form the overwhelming majorities there. Still, we will work around these inconveniences.

So in a way, Pres. Obama has done us a favor. He has demonstrated to us, conclusively, without any shadow of a doubt, that contributing to that system, directly or indirectly, is a waste of time. Thanks, Obama. I mean it!

Let’s see, who was it who appointed Wheeler? . . . . oh yeah. That same guy that was opposed to domestic espionage. What’s his name again?

This one is easy.

Who appointed Tom Wheeler Chairman of the FCC?

the article i linked to about the court case the FCC lost, did you read it?

(Was hoping that Jambi might indicate that I wasn’t serious – or maybe you had that figured.)