Haven’t watched it yet, but yep, he’s right. Google has basically killed itself as a useful tool, without, as mentioned, tweaking it by adding reddit.

The financial ecosystem of Google SEO produces quite the nonsensical resuls these days. I’m continually amazed by the number of sites that don’t even sell anything, but exist solely to be clicked on.
It used to be the sites with nothing but long lists of component part numbers that mystified me, now it’s the “informative” sites that purport to answer questions with randomly-assembled paragraphs cribbed from other pages and glued together in the broken English of AI or underpaid ESL workers.
Fortunately I can still use good search engines when buying parts - Digikey and McMaster Carr get my business.

This has been my experience as well, of late. I’m gradually switching to DuckDuckGo more and more. I wrote it off as a nerd hipster self-flagellation tool at first, but the more I use it, the more I like it. It behaves very much like early-2000s-era Google did.

It seems reddit is aware of this phenomenon and is working on improving their own search features: 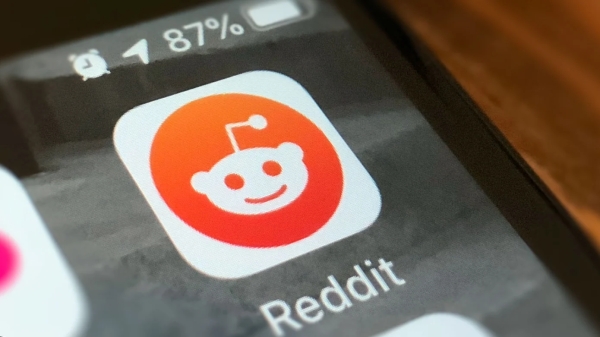 Reddit announced it's rolling out the ability to search comments, alongside a few other search-related features.

Google results for products are indeed totally garbage these days. Completely dominated by SEO blogspam listicles that haven’t actually used any of the products they’re hawking.

This is especially true even for stuff that isn’t buying consumer goods. I’ve had issues finding particulars covering smalltalk the programming language even when I start using the search engine filtering options I’m often forced to go back to forums and search them first then if nothing comes up ask the question in said forums. Google at this point I don’t really trust for anything regarding most searches but I still haven’t found a good enough replacement. Even DDG is lacking in this regard.

Adam, I got news for you, it’s only going to get worse.

It’s a Chrome or Firefox plugin that lets you block entire domains from appearing in your Google search results.

I will never see results from ‘smallbiztrends’ again.

Grouping some <adjective><nouns> into (supposedly unbreakable) groups with double quoting can help against google’s “i’m in it for the profit by directing non-technical people to my subscribers” model.
So in this case, something like a search with two groups (quotes included):

Will help, after one scrolls down beyond the crap-on-the-top. (albeit crap-on-the-top has been getting sufficiently bad of late that one could almost just go directly to page two). That… typed, there are some searches which are simply too cursed as they get pulled into hyper-aggressive marketland. -sigh-

Inserting a brand name into the search query seems to help a lot.

Somewhere in the results for that search is an Amazon page titled “11 x 17 Color Laser Pinter - Amazon . com” which says in the preview text “Brother … color inkjet printer…”

Which reinforces my belief that Amazon is to be avoided like the plague that it is.

Finally, to beat the dead horse:

produces the results that Adam Savage was looking for.

The practice of creating these articles is called “content marketing”, and everybody is doing it.

Basically you fill up a website with articles designed to lure your ideal customer to the site.

A consultant at a conference a few years back said they charge fees upwards of 30-80k depending on the project. Companies pay it.

So over the past 10 years or so you have every major and minor business firm around the globe creating an ocean of digital marketing content disguised as helpful advice to lure people in. Eventually the companies that don’t want to pay for good writing start having the bots make whatever, and then here we are…

Real question: Google is broken and Bing isn’t much better. Is there a web crawler or indexer that could be a good alternative to them?

I switched to DDG a few years ago. I used to have to go back to Google often. Now I hardly ever check it and when I do, my experience is similar to Adam’s.

On a completely different tangent: The artifact issue that Adam was complaining about in the first 90 seconds? Depending on the printer, it’s most likely the upper fuser roller. the LaserJet 4 and 5 models (not the Si, that’s a different engine) were infamous for this, and those were business class printers.

Also unrelated fun fact: HP used to publish a ‘defect ruler’ with their service manuals and pocket references that you could use to figure out which roller had the defect based on when the defect starts to repeat.

I’m gradually switching to DuckDuckGo more and more. I wrote it off as a nerd hipster self-flagellation tool at first, but the more I use it, the more I like it. It behaves very much like early-2000s-era Google did.

DuckDuckGo has generally my first choice for the past couple of years. Google is really terrible these days. Two big reasons, I believe, is they have to make gazillions of dollars from ads and their use of ‘personalized’ search. Because they have to hit such high ad sales numbers their algorithms are constantly refined to provide links that will pay out.

But the personalized search just, well, it makes me angry. First they keep tracking me and it then spreads into everything else you do online. Oh, you looked at bass guitars, now you get a never ending stream of bass guitar ads on a bunch of other sites. I don’t like being tracked that way and in many ways it is useless. You can get ads like that for days, but you probably pulled the trigger on your potential purchase the first day and now it is just irritating as hell. I think contextual ads are the better way to go, which is what I believe DDG uses. It makes more sense and you don’t need to track me. But, Google has been selling personalized search so long I don’t know if they could move away from it.

And Google has been getting worse for years. For example, they used to have an option for searching newsgroups, etc but that disappeared (probably can’t sell as many ads). There were some interesting search engines earlier on, but (sort of old guy ranting at clouds comment) they got crushed. One I really liked was Northern Light as they would provide subject area options on the left. This was really good for dealing with one word with different meanings or giving you some hints about how you may want to refine your search.

Anyway - yes, Google is not all that useful these days.