Blair, you fucked up royally. I shortened it a bit for the sake of sanity.

Ah yes. Because what everyone really cared about was the possibility that Blair was acting in ‘bad faith’; rather than, y’know, the disaster he cheerfully marched into on severely dubious grounds.

Somebody needs to remind him that, even if we do believe in his good faith, sufficiently advanced incompetence is indistinguishable from malice.

It’s been said elsewhere, but The Chilcot Report is the largest, most expensive Rorschach test ever created. And Cory isn’t seeing butterflies. Let’s be honest, the central charge against Blair was “he lied about WMD”. The report makes it clear that he didn’t. Yes it was a terrible mistake to go to war, but accusing someone of making an honest mistake is a much lesser crime, especially when a majority in parliament also voted in favour.

How goes the saying again? “Extraordinary claims require extraordinary evidence”? Blair is most likely untouchable by the law, but the political responsibility is all his.

It isn’t an extraordinary claim that Blair thought he was doing the right thing. That’s also something that is held up by some of the declassified information as part of the report. The political responsibility should be on every member of parliament who voted in favour of war.

Blair made one good point in his response speech. (And I do not support his position then or now)
If we hadn’t removed Saddam and the Arab spring had taken its course, exactly the same but also in Iraq which would have been inevitable, how would things have played out?
Would we be in the same boat as with Syria except much worse. Saddam behaving like Assad but worse, which he undoubtedly was.
I fear we would be calling for the same intervention in Iraq as many have been calling for in Syria , as was the case in Libya.
I have no doubt in my mind that the situation in Iraq could be worse than it is now.

Even so I still would not advise invading then or now. The islam civil war must be played out by Arabs. And certainly not drawing fire at non-muslims and democratic western countries.

Fortune-telling. Neo-cons were patting themselves on the back during the Arab Spring and quickly washed their hands of it when everything went to hell. Not everyone anticipated the former development and only the cynical expected the latter.

So in 2023 we can look forward to a 2.6M word report damning Brexit? That’s less the wheels of justice turn slowly and more Elvis has left the building.

It’s been said elsewhere, but The Chilcot Report is the largest, most expensive Rorschach test ever created. And Cory isn’t seeing butterflies

Please. The Chilcott Report is a very sexy story. 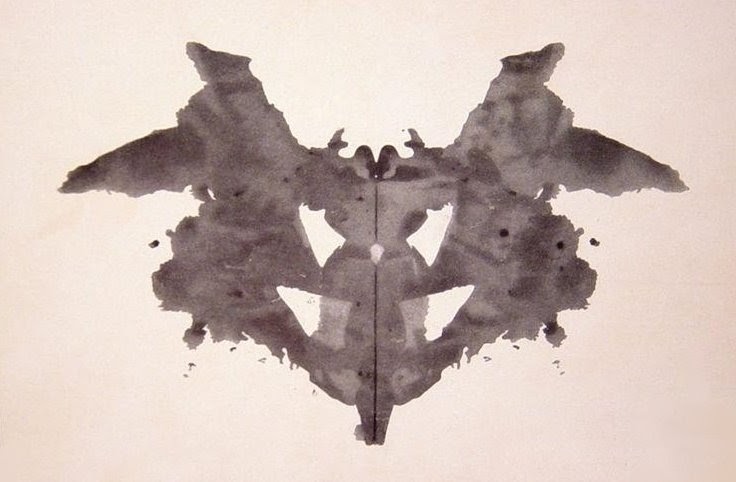 How to Interpret Your Rorschach Ink Blots

The islam civil war must be played out by Arabs. And certainly not drawing fire at non-muslims and democratic western countries.

Did you miss the part we played in shaping all that’s happening, which is what this report is about? Lives were ruined, people dead, because of this shit.

If we hadn’t removed Saddam and the Arab spring had taken its course, exactly the same but also in Iraq

Which is a giant hypothetical.
As Sir John Glubb pointed out not that long after the creation of Israel, a lot of the history of the area we call Syria and Iraq consists of two monarchies - one based on Baghdad, the other on Damascus - fighting one another for supremacy while various warlords seek to gain advantage. Blair should have read Glubb, but of course he doesn’t do detail.
By destroying Baghdad, the West upset the balance of power and created a huge hole in the region, with results which the most cursory study of the history of the Arab world (e.g. mine) could easily predict.
There would have been no “Arab Spring” because most of the requirements would not have been fulfilled. It is a red herring intended to deflect. Which is basically the story of Blair’s whole schtick over Iraq, from the WMDs and the 45 minutes on.

Now I have calmed down a little I would like to point out that the vote to leave the EU is the result of Blair’s connivance in the invasion of Iraq. There is a refugee crisis in the ME and Europe because we destabilised the entire region. The removal of authority structures and the damage to food supplies caused shortages which led to the uprisings in Syria, which were fomented by Islamists and the remnants of the Iraqi army. It is our crisis, caused by the West. The US is able simply to ignore it due to thousands of miles of sea. A third of the voting population of the UK think we can ignore it simply by leaving the EU so we don’t have to accept refugees.
The US doesn’t have to care. But the £ is already down 14% and will fall further, British politics is in turmoil, and the economy is likely to tank. People will die in this country as a result of Blair’s involvement in Iraq. What matters is not if he lied or if he succeeded in convincing himself that his client (Bush) had a good case. What matters is that in a fit of end-of-history neocon hubris he did it at all.
George III lost the American colonies. Bush III and Blair between them may have ended the United Kingdom as an entity. Blair will certainly go down in history, though the historians may well be Chinese.

In all the talk about Blair, let’s not forget the whole dream team:

I remember him trotting that spiel out. Next article on the news was about how our navy could deploy (from the Persian Gulf, no less, never mind Portsmouth to fucking Baghdad) cruise missiles within 90 minutes.* Soooo, the fairly badly organized and funded Iraqui state could have WMDs land on us in 45 minutes, but the British Navy, who are, with good reason, well-reknowned for that whole ‘fighting people with boats’ stuff would take an hour and a half to launch a missile from the bloody beach right next door to Iraq? I have no fucking idea why anyone believed any of that nonsense after that. I mean, I didn’t believe it before, but plenty did.

*IIRC, that was ‘deploy’, not actually hit something in Iraqi territory, but I might RC wrong.

Next article on the news was about how our navy could deploy (from the Persian Gulf, no less, never mind Portsmouth to fucking Baghdad) cruise missiles within 90 minutes.*

The 90 minutes includes the time for getting someone in the Pentagon to give permission.

True, those things are expensive. Don’t want to go firing them at the Wrong Lizard.

It is impossible to pin-down a polititian. Even when you are using facts.

Lives were ruined, people dead, because of this shit.

An ex-Army friend, a Royal Engineer, was involved in the attempt to reconstruct Iraq. He watched millions of dollars go to US “security contractors” while he was struggling to find a few hundred dollars to pay Iraqis to rebuild sewers, water pipes and gas mains. His soldiers were doing charity events to raise money to feed and buy medicine for Iraqi children. As bad as the destruction was the way that the funds that poured into the country went to people in Halliburton while no actual reconstruction took place. It would have been cheaper (and better) to re-employ the entire Iraqi army and put them onto rebuilding.

I’m not surprised at any of this, of course. It’s shameful.

I’m not surprised at any of this, of course. It’s shameful.

It’s OK, I am capable of distinguishing Americans (and English people for that matter) from their political classes.