After being outed for massive hack and installing an NSA "rootkit," Yahoo cancels earnings call

Yea I think Wall Street takes that as a really bad sign. It’s off about 8% from last week.

The post’s summary is misleading. Yahoo! is only trying to sell its core assets to Verizon, which because of two decades of mismanagement have dropped in value to less than 15% of what their Asian assets are worth, even less if Verizon holds firm on it’s demands that Yahoo! knock a billion off the asking price. What’s on the table includes Yahoo! brand name, but not most of their actual value. However, their whole share value has gone from steady decline to steep drop over their latest scandals.

The cash from the fire sale to Verizon is supposed to help Yahoo! (or whatever they call themselves after selling their brand) make their investors whole again, investors that wish they’d bailed on the company a decade ago when things began to really go downhill, but now want to make back some of their losses before they force a vote to start liquidating whatever remains of the shit-canned products and presumably restructure the still profitable Asian assets as separate entities the way HP’s investors broke it up. The lucrative shares in the juggernaut Alibaba will presumably be transferred to a holding company.

They’ll have no choice. The name is part of the sale. But Verizon will probably keep the name brand intact after acquisition, just like they did with AOL. There’s no accounting for taste.

Ah, good old /. I remember a time when no server could withstand a mention there – a single link from that mighty giant was sufficient to take down any site. Glad to know it’s still out there.

I don’t quite understand the issue, but it seems if Guv wants you to “cooperate”, you have to. Look at what Lavabit had to do to stop “cooperating”. I don’t know if Yahoo! could have done the same.

This could be a clear example of how Guv helped destroy a company. Shareholders should be suing NSA to get their money back.

Yahoo did not just “cooperate” with legal orders. They actively and voluntarily spied on their customers for the NSA without legal requirement.

Is there evidence that this is the case? I mean, do we know what the governmental requirements were?

Okay, mea culpa; there was a government demand, but it was such an unprecedented and obvious 4th amendment violation [1] that Google is happy to go on record that they would refuse to comply with such a request.

Yahoo didn’t just allow government access to their data, they actively worked (against the protests of their own security staff) to compromise user security.

[1] They searched the incoming email of every single one of their customers. Under what reading of the fourth is that anywhere close to permissible? 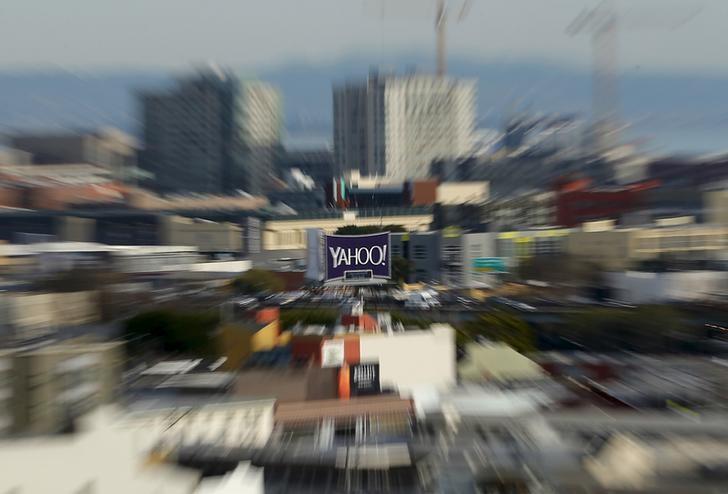 Yahoo Inc last year secretly built a custom software program to search all of its customers' incoming emails for specific information provided by U.S. intelligence officials, according to people familiar with the matter.

Google is happy to go on record that they would refuse to comply with such a request.

Now. Google, Microsoft et al aren’t the good guys. They started fighting only when it became obvious that they were complicit in government spying - after the Snowden leaks 2013. Before the leaks they were “good little Americans” providing the data the government asked them for and kept their mouth shut. The recently started public fight against government surveillance isn’t to protect their customers but a PR misdirection move to protect their bottom line.

Melissa Mayer must have known about this right.

Since Yahoo! is an American company I was thinking of YEEEEEHA!

Meh. Our sponsor who sends us random boxes of crap

Meh. Our sponsor who sends us random boxes of crap

And after close to twenty five years. I deleted my Yahoo mail.

The one thing I’ll miss is my flkr account because of the alphasmart discussion group.