After taxiing for 8.5 hours, a United flight was canceled

Originally published at: After taxiing for 8.5 hours, a United flight was canceled | Boing Boing

Sounds about the right amount of suffering from United.

Fly long enough and often enough and this stuff happens - although rarely this extreme. It’s not just United - other airlines are not immune to crazy weather/operational issues.

The article is a bit misleading though as it’s not like they circled the tarmac endlessly for 8 1/2 hours like in the movie Speed. Passengers had 2 chances to get off.

Also to state that they “didn’t have enough fuel to make it to Denver” is just sensationalism. FAA regulations call for adequate fuel supplies to not only reach the destination but also a diversion airport plus a very healthy reserve. They would have been fine had they departed but the extended delays, ATC re-routing and running the APU burned more fuel than what was planned for and ate into the contingency. There was nothing dangerous about this situation.

The flight, from Newark to Denver (DEN), was about to begin its journey when inclement weather — consisting of thunderstorms and lightning — caused delays. After three hours of waiting on the tarmac to take off, the aircraft returned to the gate for its first time.

After the brief wait, the aircraft returned to the tarmac in a second attempt to take-off, which proved unsuccessful. For this second takeoff attempt, the aircraft waited on the tarmac for another three hours until it didn’t have enough fuel to make it to Denver should it have taken off. This was due to a new flight plan to avoid weather given to the pilots by ATC and the exhaustive fuel burned while taxiing. As passengers stretched their legs during the second visit back to the gate they were notified via the United App that their flight had been canceled. Since the crew were unaware of this notification they decided to re-board the 737 and taxi. 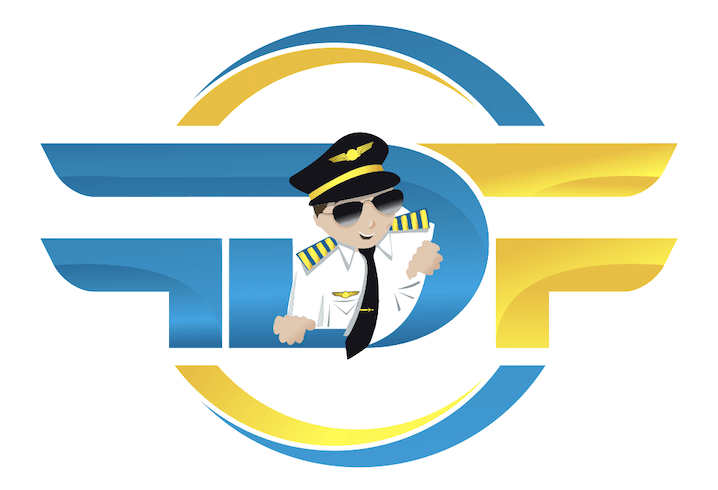 How Much Fuel Are Aircraft Required To Carry? | FDF

A look at the regulatory requirements that dictate what fuel aircraft are required to carry. How much fuel does a passenger aeroplane need for a flight?

After 8.5 hours, if they had just taken the plane onto I-70, they could have been a third of the way there by then.

I know the airlines are like everyone else with a shortage of workers, up to and including pilots, but really? This whole summer is an example how deregulation of the airlines has allowed no accountability since the 80’s. Seats with barely room for an modern adult human being the most obvious example.

Was it not allowed to drop below 50mph?

Well put. They did run low on fuel, so they got more, but kept they kept the APUs running so the AC kept everyone as comfortable as possible.

It comes down to a long weather delay that put the flight crew over their allowed time. Sucks, but it happens a lot.

I’m an aircraft rescue firefighter and the closeness of the seats scares me in a rescue situation. I never fly unless I’m in an exit row. It’s dangerous that the airlines are allowed to pack people in like that.

I’m curious. How often do you generally mobilize for fires or other events related to aircraft?

I work at an airport considered small-medium in size (2000-3000 passengers per day), but I’m in the center of the USA, and we have a very long runway designed for the largest aircraft, so we also get a decent amount of diversions. I’d say we handle about 5 aircraft emergencies per month on average. 99% of the time those flights land safely and don’t need us further, 0.5% land then require real intervention, and the last 0.5% actually crash and cause loss of life. I’ve worked 12 years at this airport and only had to deal with two actual crashes were people died.

It’s dangerous that the airlines are allowed to pack people in like that.

They know it… but actuary science has determined that skimping on safety helps maximize profitability. For airlines, it’s an acceptable risk. Costs and liabilities from crashes/fires are easily absorbed and addressed. And they know that people will still fly.

I was stuck in Chicago once due to a storm. They delayed, then delayed some more. By the time the flight finally arrived, the crew had surpassed their work hours. We then were told we were on our own for the night. Ended up sleeping on the floor. If they had just called it earlier we could all have found rooms.

Years ago i had a connecting flight that along the way it got hit by hail mid-flight. It arrived late to the airport, then they delayed us boarding so that they could check the plane for damage, and i forget what the other delays were but there were at least 3 more until it finally got cancelled. Would’ve been easier if they had cancelled it outright or gotten a new plane to begin with

At that point someone at United should be charged with wrongful imprisonment.

but they had two chances to get off the plane and cancel all their travel plans. it’s the passengers own fault! /s

i did think there were laws against this now. i wonder if the taxi, return pattern was for a loophole in the law

i did think there were laws against this now. i wonder if the taxi, return pattern was for a loophole in the law

Not so much a loophole as the actual law in the US now. Maximum hold time allowed on the tarmac is now 3 hours after which passengers must be given the option to deplane. 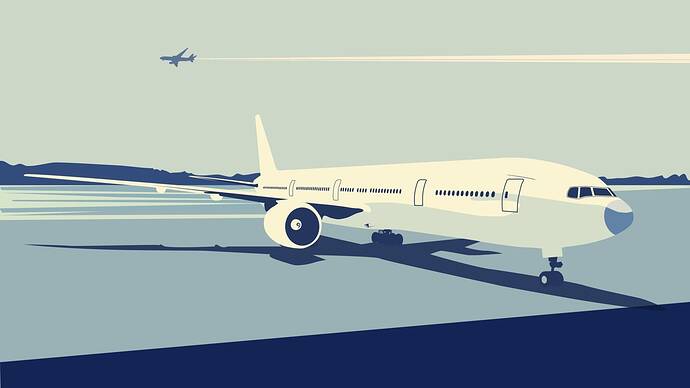 These Are Your Rights During a Lengthy Tarmac Delay

These frustrating delays can mean sitting on the tarmac for hours before even taking off—here's what to know if that happens.

it’s hard to say what the intention was. i know i wouldn’t suspect that it meant the same plane could just do more go arounds in three hour intervals. so that would indeed make it a loophole

Making matters more complicated? If a passenger does choose to leave the plane, the airline is not obligated to let the passenger back on board.

it’s not clear they’re obligated to reschedule you, or refund your money. nor are they required to help you recover your luggage

it’s not much of a choice

The guidelines on the USDOT website are little clearer and despite being favorable to the airlines, the Passenger Bill of Rights rules are 1000x better than what they used to be - which was nada!

I’ve had this happen to me many times and when it’s happened that a plane I was on experienced a prolonged delay, I would deplane and arrange for alternate flights before the airline would get around to cancelling my original flight. In these situations it’s always best to be proactive and not wait for the agents at the gate to tell you what to do. - they are often powerless as the decision to cancel is made by central operations.

They are obligated to return your luggage to you - eventually. They just aren’t required to drop everything and retrieve your luggage right then and there (which is another reason you should always carry on if possible). Delayed and cancelled flights are covered under other rules which entitle you to either compensation or rebooking assistance depending on the circumstances. Mechanical/operational cancellations means the airline is obligated to find you a hotel for the night; weather delays they are not. If you choose to get off the plane during the delay and go get drunk at the bar and doze off, they are not obliged to hunt you down. Which is why they make an announcement to stay close to the gate.

Years of being a road warrior taught me to always take matters into my own hands and to preemptively get myself rebooked as soon as the situation starts going south. Usually one delay cascades into more - which is what happened here. After the first return to the gate I would have already figured what other flight options there were and would have been on the phone with customer service making alternate arrangements. 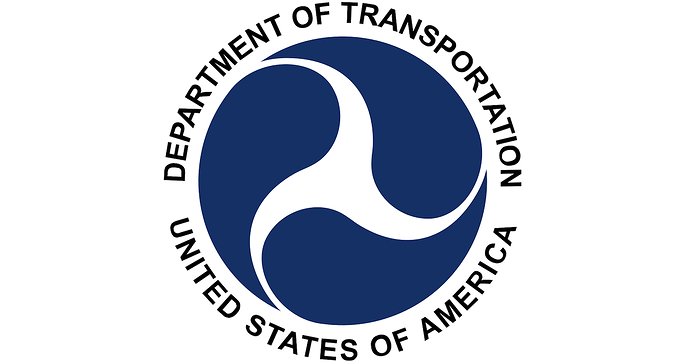 Tarmac Delays | US Department of Transportation

What is a “Tarmac Delay”? A tarmac delay occurs when an airplane on the ground is either awaiting takeoff or has just landed and passengers do not have the opportunity to get off the plane.

it’s not clear they’re obligated to reschedule you, or refund your money.

ETA: it always helps to know the rules. Airlines are not federally required to provide compensation or refunds in the event of cancellations or delays. International flights have different rules.

Fly Rights | US Department of Transportation

Each airline has its own policies about what it will do for delayed passengers waiting at the airport; there are no federal requirements. If you are delayed, ask the airline staff if it will pay for meals or a phone call. Some airlines, often those charging very low fares, do not provide any amenities to stranded passengers. Others may not offer amenities if the delay is caused by bad weather or something else beyond the airline’s control. Contrary to popular belief, for domestic itineraries airlines are not required to compensate passengers whose flights are delayed or canceled. As discussed in the chapter on overbooking, compensation is required by law on domestic trips only when you are “bumped” from a flight that is oversold. On international itineraries, passengers may be able to recover reimbursement under Article 19 of the Montreal Convention for expenses resulting from a delayed or canceled flight by filing a claim with the airline. If the claim is denied, you may pursue the matter in court if you believe that the carrier did not take all measures that could reasonably be required to avoid the damages caused by the delay.

Not this person. Those planes are like hobbit holes in the sky. They’re not designed for anybody of average height and weight over 12 years old.