Those images definitely highlight the darker side of that song that I’d never really noticed before. I like it.

Now that is a mostly wonderful thing.

Some of the pictures for “Everybody smiles at you” had some serious paranoia vibes going on, yeah… 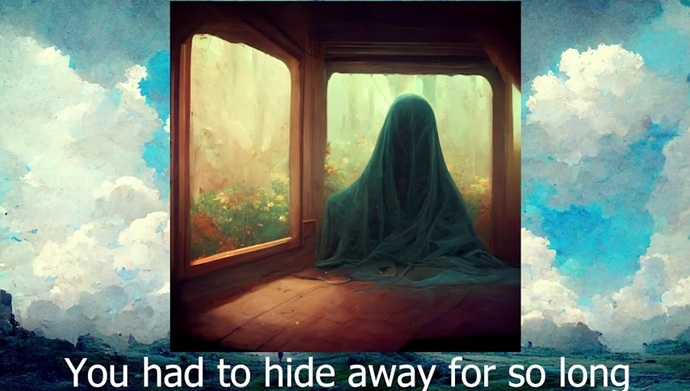 Definitely see the creepy side

But those pictures bring to mind a different interpretation of that lyric.

I mean, Mr Blue Sky seems to make everyone happy, but that’s a LOT of pressure. I could see it being upsetting eventually. Mr. Night always creeping up on you… maybe Mr. Blue needs to have a little Grey time too, hm?

And everyone’s always SMILING at him…

facile and ordiinary … nothing creative to see there 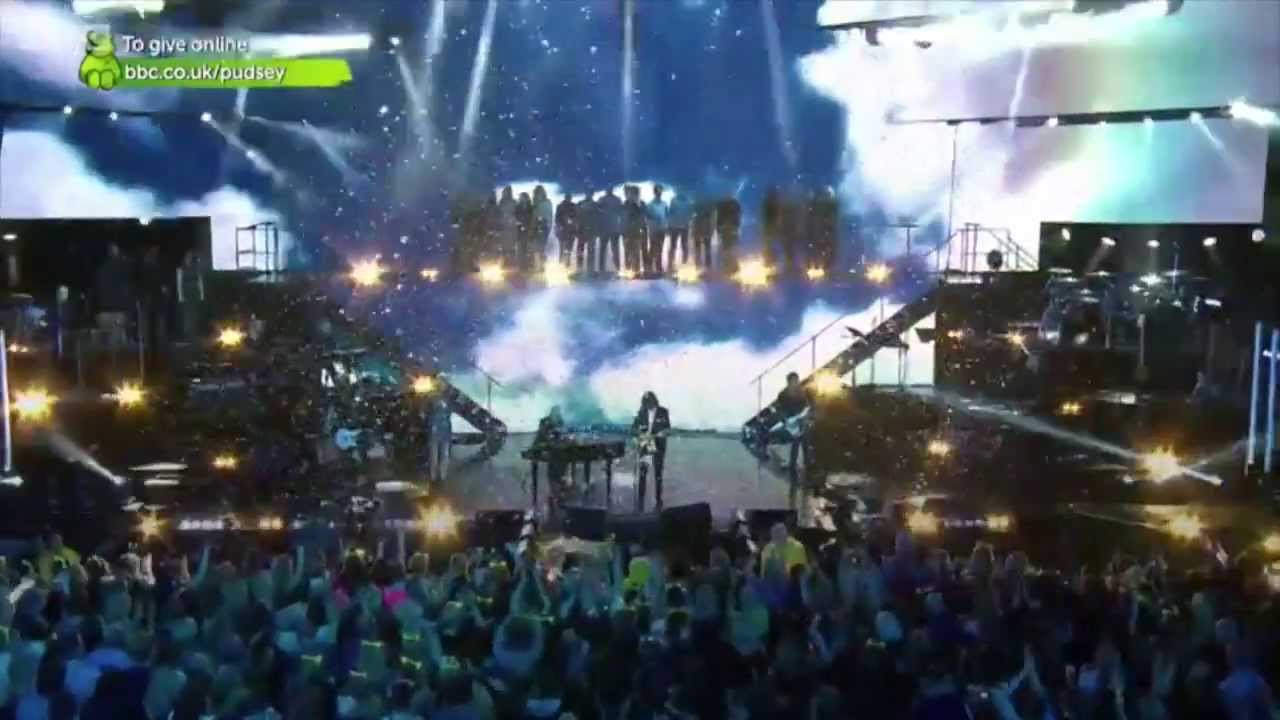 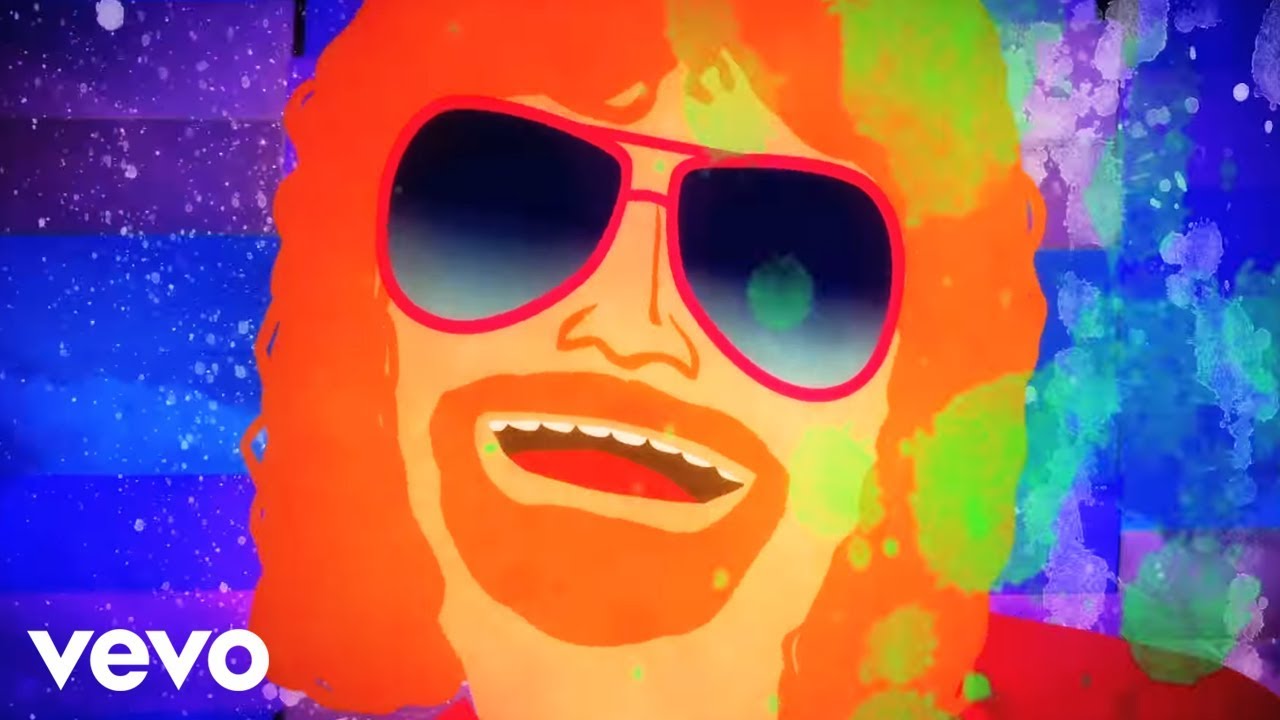 I have a question –

How does the AI “choose” which art style it’s going to deliver?
For example, I don’t know art terms, but all the clouds in the various pics for this music-video seem to be in the same style. Why is that? Why no variation?
The clouds is just an example. But, really, all the music-video pics tended to be, in general, in a similar style. Why no graffiti-style, high-contrast, cubism, art deco? or even multi-style in one pic?
Also it seems to be using a very similar color palate in all the pics as well.
Why and how?
I’m fascinated by all this AI art stuff and think’s it’s pretty cool but I just don’t know the mechanics of it.

All the pictures were good. But, for me, this one exceeded expectations. This is what the Judge in 'A Matter of Life and Death" should have looked like (only not in colour, of course) 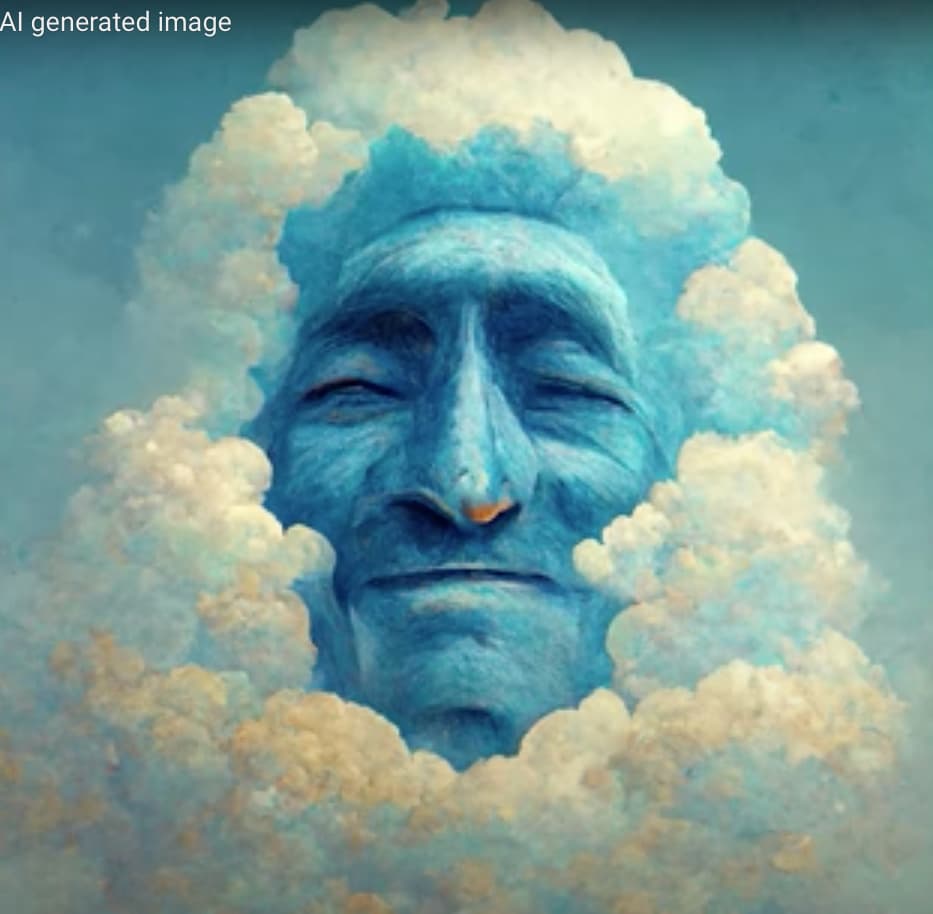 I was also struck by how many of the images show the back of one individual facing away from the POV. Often up close, sometimes barely visible in the distance. Nothing about the song itself suggests this, at least to my ears.

I followed the instruction using the first couple verses of the song and either I’m doing something really wrong or the AI is not very intelligent or the images they’re pulling from is whacked. It seems really random, not like an AI is picking images related to the words.

This is what the Judge in 'A Matter of Life and Death" should have looked like (only not in colour, of course)

AKA Stairway to heaven in the US.

I read the comments from a previous post today about Janet Jackson’s Rhythm Nation and how transformative it was in people’s lives - for me it was the album this song comes from, Out of the Blue. 1978 was a particularly awful year for me - I had just very cruelly ended a long term and supposedly permanent relationship, I was in a downward spiral and things were particularly bleak. I’m not saying ELO changed my life because I had many more years of being a complete and total ass hole before that happened, but songs like Mr. Blue Sky and Turned to Stone certainly helped me get through it. Many of those images seemed very familiar to me, not because I had seen them but because several of them reflected my interpretation of the lyrics as well, I always felt that song was dark.

So, like most art then? (and no stupid ego to deal with.)
I don’t think AI will put many artists out of business, but illustrators are fucked.

The thing has a personal style, no question. That’s only a bad thing if you put too much credit into the description of it. A property it shares with art, by the way. Your expectation that it should represent a certain thing has to be abandoned. It is like an individual. This suggests to me that someone has taught it some of their own tricks rather than it learned by observing art through all of human history. I haven’t read the provided material about he research so I don’t know for sure.

I followed the instruction … I don’t get it.

It gives you four pictures with the ability to ask for more like any one of them. So it becomes a collaboration (really, let’s get serious. It’s a tool.) The video maker has, I presume, gone through many iterations of each line to find the ones they used.

Let’s not be over-awed by the claims made and just look at the results. It is an affective illustration of the song. You don’t need wildly original artwork to do that job. The brushiness lends some pathos and also camouflages a lot of fudging. Illustrators do that all the time. Leave it to the imagination of the viewer to fill in detail. It seems like a smart and useful implementation of someone’s accumulated art making wisdom.