Parmacuetical companies can spend a lot of money bringing a drug to market, which I concede. Yet they’re very shy about giving specific figures for specific drugs. Actually, the pipeline price to produce it is very low, and they could probably recoup a significant profit at a lower price.

At the risk of defending pharma, that kinda makes sense. I don’t know what the success-to-failure rate is, but all the successful drugs have to carry the cost of all the R&D sunk into failed drugs, and the cost of R&D on future drugs (c’mon with that next generation of antibiotics, team, we’re gonna need 'em real soon). Releasing the R&D costs itemised out against individual products would be kinda misleading.

The problem is that in the current drug market, you’re increasingly seeing pharmaceutical prices interpreted as a function of market value. If it’s a drug that will save your life or substantially improve your long-term prognosis, they feel that they can charge whatever they want. What will the market bear?

Yes, the current system is completely bonkers. Pharmac, here, have done a fantastic job of keeping the costs of drugs down, but I fear they are going to be the first to be ceremonially sacrificed to the 1% as a result of the TPP, which will result in far far worse population-level health outcomes.

If it’s a drug that will save your life or substantially improve your long-term prognosis, they feel that they can charge whatever they want. What will the market bear?

Self-evidently. Turing Pharmaceuticals didn’t develop the drug. GlaxoSmithKline did 62 years ago. The patent is expired. What this D-bag bought is the right to market in under the Daraprim name brand in the United States. But because the drug’s US market is a fraction of the size it is in other countries, mass producing a generic here isn’t profitable, leaving Shkreli to gouge cancer and AIDS patients. Compounding by definition is not a substitute.

If it were, Shkreli wouldn’t be able to loot the insurance pool. Letting a few live for $75,000 a month turns bigger profits than letting many live for $20 a month, the price GlaxoSmithKline charges hospitals in the UK.

I’d like to add him to network on LinkedIn!

Viruses for which there are effective drug treatments–meaning rather few of them–can indeed develop resistance. This has particularly been an issue with the HIV virus and is a primary reason for the use of multiple drugs in HIV treatment.

Why not? Selection leads to evolution, right?

Pretty sure Hep C isn’t going extinct any time soon. But it definitely evolves with selective pressures, just like any other biological thing. The Hep C virons that survive the antiviral drugs will dominate the ecosystem of your liver, and taking a half course speeds up that selection.

sounds legit to me

Oh, I know, and I think they also give a “better price” to us in Spain.

I dont have the data with me but I remember reading that the better price was something like “if the current treatment that doesnt cure you and it is forever has a cost of X in average per life of patient, we give you the amazing price of X-1 for the whole year of cure with our product”.

Which means of course that the only rational thing to do is to leave that medicine to the very very worst cases and the rest will have to wait cause we cant, literally, buy their life expectancy minus riduculous discount in cash right now.

Now, in our current mutual-backscratching economy where nozzles like this guy can use the protections of the regulatory state to maintain their “business models”??? Yep, it sucks.

Look up market utopianism coined by K. Polanyi re-introduced to academia by F. Block & M. Somers. The market you describing ain’t gone to happen as long as humans are in charge and I am still pretty hopeful that that will be for an awful long time…

How about focusing efforts on an approach that might actually work with human involvement?

Simplest possible fix would be to just allow all Americans to buy medications from overseas. Game, set, match.

But that does not satisfy those who have an itch to write 10,000 page laws which disassemble and reassemble huge sections of the economy.

No wonder he seems to have so much difficulty living with himself.

So, I was reading some article on the Pfizer inversion: 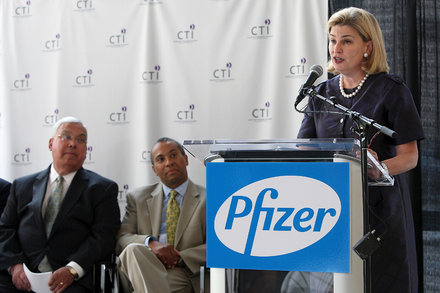 Escalating drug prices and now a major company’s pending move overseas leads to concern about “too much obvious greed” in the pharmaceutical industry.

and I came across this sentence…

The White House has begun building a political case for reining in drug costs, and the administration recently agreed in the Trans-Pacific Partnership trade accord to intellectual property protections for advanced pharmaceuticals that was about half of what the industry demanded and United States law provides. Worse, a 2011 patent law has resulted in a wave of lawsuits funded by hedge funds against the industry’s most valuable property — drug patents.

Intrigued, I searched onwards, and found this article in Bloomberg…

Activist investor Kyle Bass sent a shudder through the drug industry earlier this year by embarking on a patent-challenging strategy. Now a New York hedge fund, Ferrum Ferro Capital LLC, has made an even more brazen move by seeking to invalidate an Allergan Inc. patent that has already been upheld in court. Neither investment firm has said whether it’s betting against specific stocks.
The Allergan case has become a rallying cry for companies calling on Congress to alter rules that make it easier to get patents tossed by the U.S. Patent and Trademark Office than in the courts.
“When we developed these proceedings, we never thought people would use them this way, in an effort to move stock or as an investment vehicle,” said Bernard Knight, the former general counsel for the patent office, who was there when new rules for challenging patents were written.
A patent office review costs $23,000 to file, and the whole process is a fraction of the millions of dollars in legal fees a challenger would spend in a civil suit. Congress created the process in 2012 as part of a sweeping overhaul of the U.S. patent system, designed to counteract what was seen as an overabundance of patents being awarded.

The legislation had an unexpected consequence: Hedge funds, which didn’t have the right to challenge patents in court, now had a venue to bring such cases.

Drugmakers only have anecdotal reports of third parties asking for money to drop a patent challenge. In other industries, the practice has led to at least one lawsuit. Chinook Licensing LLC said in a lawsuit it was threatened with a patent challenge by Iron Dome LLC unless it gave the company three transferable licenses. A judge dismissed the suit after Iron Dome argued that it had the right to make a settlement offer and that a demand letter can’t be “a crime of extortion.”
Ferrum Ferro’s 33-year-old founder Kevin Barnes won’t say how his firm will profit from challenging Allergan’s patent for glaucoma drug Combigan. He only said that he sees “multiple pathways to monetization.”

so there are ways to punish drug manufacturers. You just have to have a shitload of money and a lack of scruples.

Why hasn’t Anonymous gone to work on this guy yet?

Their hands are full screwing up doxxing the KKK, and rattling their swords at DAESH.

Silly dunderheads are tilting at symptoms like any rating obsessed collection of talking heads. Doing anything to stay in the news cycle.

“Oh yes, I am absolutely in favour of free market reforms. Just, not for the plebs.”