I came to these books late, via the Blue Ant books; a friend and I were debating which books should be on the A-level syllabus and when we considered Neuromancer, we both kind of just went ‘Ooooooooooh yeeeeeeeeees’… They are true, prescient, mind-expanding stuff, and so much sci fi in the last 20 years owes so much to them. Nice covers, well done (sadly I am a Kindle user these days, which feels entirely appropriate for Gibson fiction).

Loved the trilogy and once picked up all were almost impossible to put down before the end.

It’s a neat effect, certainly, but they seem too bright and cheery for the subject matter, especially the magenta text. Rather than science fiction, they strike me as existential novels about some depressed and socially isolated thirtysomething urbanite doing nothing in particular. Still, it would hardly be the first time a science fiction novel had a cover that had nothing to do with its subject matter, and at least they look nice – far more than can frequently be said. Personally, I think Neuromancer has aged kind of poorly. I have no doubt it was seminal and groundbreaking in its time, but so much of what it does has since been done by so many others, and often much better.

I liked the Brazilian covers Gibson was tweeting about the other day: 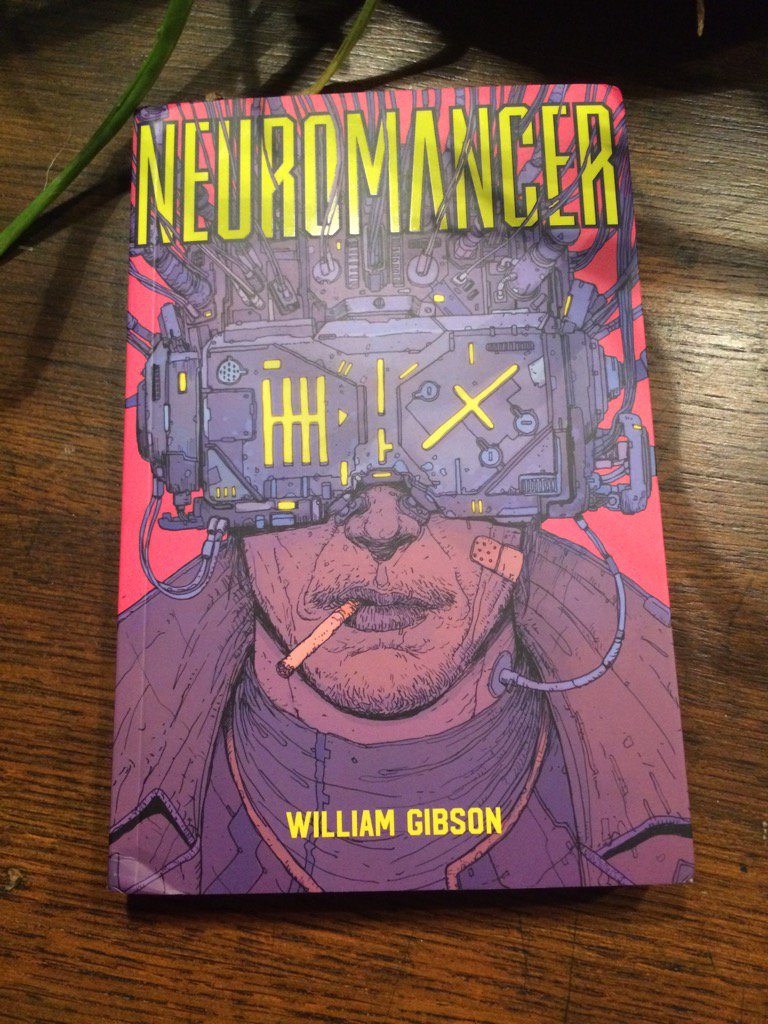 Yeah that’s really kick ass. Not crazy about the one with the building exteriors

I always imagined the architecture of the sprawl would incorporate a lot more melting puppies.

Any chance i can get the brazillian cover with english please? Is it in english? I want that.

It’s too expensive. It’ll cost you Thirty Brazilian Dollars1. I don’t even know how many zeroes that would be.

1Yes, I know Brazil uses the real, not the dollar.

Horrible for the Sprawl books but would have been acceptable for the Blue Ant books.