An amazing tale of interspecies friendship

Love? It was just using her for sex.

I’m not sure where they get this “elusive” and “rarely seen” stuff; maybe they’re just more rare in Victoria than they are in NSW. Superb lyrebirds are pretty common on the Central Coast; I have several that hang around my house, and one female even built a huge nest on top of my carport.

Do they make all those amazing sounds too? Seems like having them nearby would be cool, for a few minutes. After that – crazy-making.

They do indeed, and it’s pretty amazing! It seems like we mostly end up actually seeing the females, but we hear the males going off fairly regularly at certain times of the year. We haven’t heard them doing any of the anthropogenic noises (car horns, cameras, etc.), but even without that the variety in their songs is truly astonishing. We’ve got a lot of bowerbirds around as well, and they’re excellent mimics too.

My wife and I are American expats living in Australia, and even after three years the birds here just never cease to amaze us.

Thanks, it does sound amazing there. This one does like, ray gun sounds!

The camera sounds are cool, there’s some monkeys in there too? The ray gun sounds were definitely the best part though! I wonder what it’s mimicking? Sounds like an arcade machine or something…

Now whenever I hear about “interspecies friendship” I think of this: 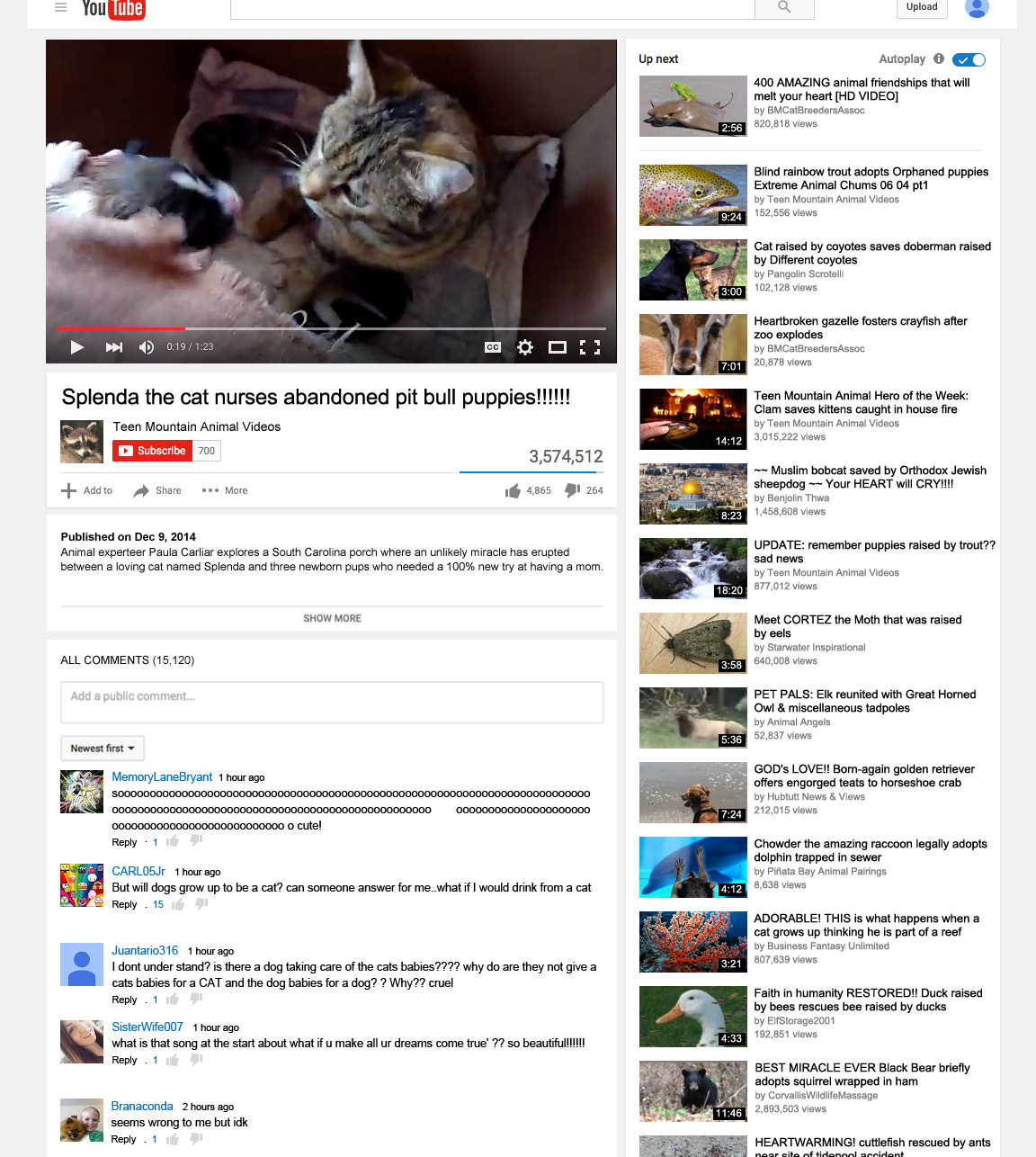 As far as the Seattle bit goes, should give a shout-out to the Underground Tour, which is always worth a look if you’re in town.