Originally published at: An Italian town is paying people more than $30k to move in | Boing Boing

Meh. Get back to me when Italy’s government aren’t Nazis.

The government, economy, taxes, climate change, and the levels of intolerance/inhumanity are all key factors to consider before relocating anywhere. For some of these “deals,” accessibility, infrastructure, and disaster ratings or insurability might be added to the list. I’ve seen three profiles of towns in Italy in the past year focused on lack of cellular communication, no Internet access, and/or earthquake zones.

What makes me think that the countless refugees arriving on Europe’s southern shores escaping the consequences of European colonialism are not eligible for this ‘largesse’?

Exactly. I’m always intrigued by offers like this, and would love to live in a more metropolitan area, or a little European village, but looking at climate projections and food production, where I am is surprisingly well-suited for the long term.

Perhaps this is indeed the bucolic location of one’s dreams; but I have to wonder how an ‘abandoned’ property that is also priced at 25,000 euros works.

Either the situation of the former owner was sufficiently irregular in some way that they didn’t even bother to sell the place for a pittance rather than walk away entirely; or the ‘price’ and the ‘value’ are not presently on speaking terms.

As for being ‘keen to make an investment’, unless the local scheme is atrociously thought through I suspect that they’ve attached conditions that are specifically designed to at least deny you the free money, if not block you entirely, if you just want to snap up a vacation home that you plan to airBnB the rest of the time.

A town in a nice location that is demographically bleeding out would be a pretty attractive spot if you just want to come and enjoy the sun and sand periodically on relatively affordable terms; but they presumably realize that they aren’t going to revitalize much of anything purely on seasonal tourists.

Exactly. It’s not like immigrants are hard to find. Turns out finding the “kind” that certain countries want is a little more difficult though.

What makes me think that the countless refugees arriving on Europe’s southern shores escaping the consequences of European colonialism are not eligible for this ‘largesse’?

There are some villages that have volunteered to house refugees.

Things didn’t turn out too well in one of them. 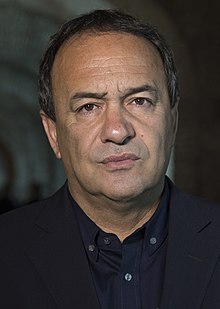 Domenico "Mimmo" Lucano (born 31 May 1958) is an Italian politician, who served as the mayor of Riace between 2004 and 2018. He gained international recognition for settling refugees in his village, which was experiencing population decline. In 2021 he was sentenced, in first degree, to 13 years and 2 months in prison for white-collar crimes "committed for personal enrichment, at the expense of the migrants". Lucano was born in Melito di Porto Salvo but moved early in his life to Riace. He work...

I would take this with a pinch of salt.
I don’t know about this particular scheme, but I know about other initiatives in some regions of Italy of houses being sold for very little, (in some cases even 1 euro) in some towns. Sounds like a cheap way to have a holiday home, but they come with a big catch.
As well as the usual fees and permits you would need to do the purchase (which can get expensive for non residents or ouside the EU) they come with a contract. Many of these contracts state that you have to restore the house back to the same state as it was before it was abandoned. And all this within a short timeline (3 to 5 years). Something that can prove expensive as many of these houses are almost dilapidated or have been abandonded a long time ago and not easily restored.

Italy has many beautiful beaches; unfortunately a lot of them are sort of privatized, in that a contractor buys the right to set up umbrellas, chairs and changing rooms and charges the public to use them. Not inherently bad of course but it winds up looking like this.

It’s kind of unfair to characterize Italian right-wingers as Nazis. I mean, Italians were the OG fascists, so if anything the Nazis were stealing their idea!

Everything I’ve ever heard about trying to refurbish stuff in Italy – stuff that makes US design review look like punching a time card – no thanks.

Presicce is way, way down on the heel of Italy. I’m just not interested in a 14 hour commute, and no 5G internet.

Maybe in the Trentino region, as I am not giving up my job and a 4 hour commute with home office could be done. But Presicce? Pass.

Must have missed the fine print where it said you’re eligible for their largesse AFTER you buy a house in the town.