Let me guess. Next comes “McCarthyism” whenever there’s criticism against people who are pro-Putin. Do I have that right?

I’m kind of reminded how the far-right is never truly the problem back in North America either. They march and attack buildings and kill and chant about how they need to get rid of Jews and immigrants and trans people, and there’s always someone saying to ignore all that stuff, it’s not the real problem and what did we do to make all this happen.

Putin’s armies are invading another country and deliberately shelling civilians as we speak. It is something he has been doing for a long time, along with oppressing minorities and helping anti-democratic movements the world over. He can go to hell, and I will let the management there quibble over what circle.

and there’s always someone saying to ignore all that stuff, it’s not the real problem and what did we do to make all this happen.

Putin’s armies are invading another country and deliberately shelling civilians as we speak. It is something he has been doing for a long time, along with oppressing minorities and helping anti-democratic movements the world over. He can go to hell, and I will let the management there quibble over what circle.

He funds and supports the far right in the West as a geopolitical objective because a disunified and divided U.S. and NATO and EU gives him more room for his expansionist aims. Didn’t quite work out as he hoped with Ukraine, but that’s what jumping the gun gets you.

In any case, Snyder hasn’t claimed this is the equivalent of “masterminding” things. Snyder sees what most of us do: Putin just opportunistically exploiting existing divisions in those countries by throwing money and disinfo campaigns at leverage points. Far-right organisations and politicians happen to be the wedges in those cracks at the moment but I’ve never seen Snyder claim Putin created them.

Putin’s Russia checks off a lot of (I’d argue all) the boxes on Umberto Eco’s famous list. As with any ideology, the praxis and intensity changes with time and place but core tenets remain consistent.

And even if he’s only checking those boxes to advance his own wealth and power, well, there’s the Rule of Goats.

I somehow doubt that this was “a false flag operation” and that Ukraine does not have a large Nazi presence as it, (together with the United States), was the only country to vote against the recent UN resolution on “combating glorification of Nazism, neo-Nazism” [resolution A/76/460 DR 1]

Weird that it was Russia who brought that resolution before the UN General Assembly. Pot and kettle and all that.

Funny timing too. Just two months before Russia invaded to “denazify” Ukraine, which is even weirder because the president of Ukraine is Jewish.

Yeah, UN Resolutions aren’t always what they appear to be.

Explanation of Vote by the United States on the “Combating glorification of...

If you think that an authoritarian state that is the leader of the modern white power movement is putting this forward in good faith, then I don’t know what to tell you.

Does the US, Australia, Ukraine, and every other European or settler colonial nation have a problem with white supremacy? Hell yes. Is Russia somehow the good guy here, who cares about eliminating ACTUAL nazis? Fuck no.

The more we play this whataboutism game and take sides between powers that are imperial rather than calling them BOTH out, the further away we’re moving from an actual solution to these problems.

I wonder how many people outside of the German speaking world know that in 2018 the then foreign secretary of Austria invited Putin to her wedding and danced with him.

And yes, she’s FPÖ, the far right party that was in the government coalition (!) then. 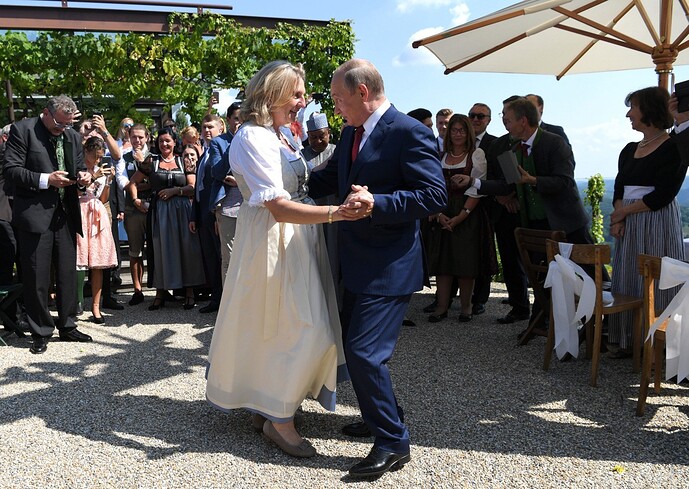 If Russia invaded the United States on the pretext that they were fighting Nazis I’d call bullshit on that too. 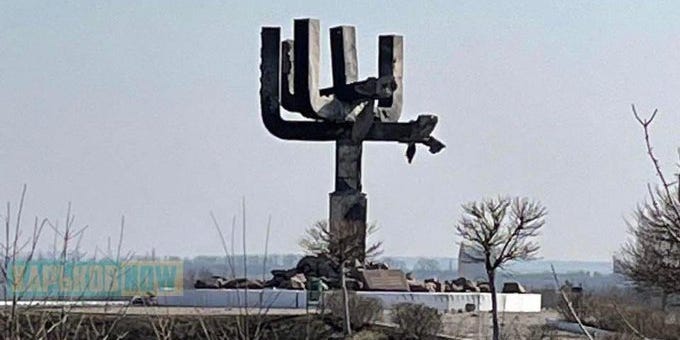 A menorah monument at the Drobitsky Yar Holocaust memorial complex, near Kharkiv, was bombed on Saturday, Ukraine's defense ministry said.

I somehow doubt that this was “a false flag operation”

To be fair it doesn’t help that US has been consistently treating LATAM countries as russia treats their neighbours, organizing coups, installing terror regimes and disseminating propaganda to discredit any president that remotely seems will not be pliable to american corporations influence.

So Russia doesn’t need to invent much here, just amplify what has been the reality for the past century and half.

Also to be fair, you’d have a hard time finding someone on the BBS who hasn’t protested those same imperialist and colonialist actions by the US.

That said, the US hasn’t invaded a LATAM country since 1989.

When all is said and done, I think that there is plenty of room to talk about all of the horrible things that America has done and is doing on the global stage. Indeed, these things have been and are being discussed all the time on the BBS.

What there is no room for, however, is attempts to juxtapose America’s misdeeds against Russia’s in a way that is exculpatory to either side (“Everyone’s doing it!” is no excuse) or that distracts from the very real humanitarian crises that are going on right now as a direct result of Russia’s unprovoked and unwarranted invasion of Ukraine.

Let’s put out the fire first, then put the arsonists on trial once the area is safe again.

While we’re at it, this tune is pretty catchy. 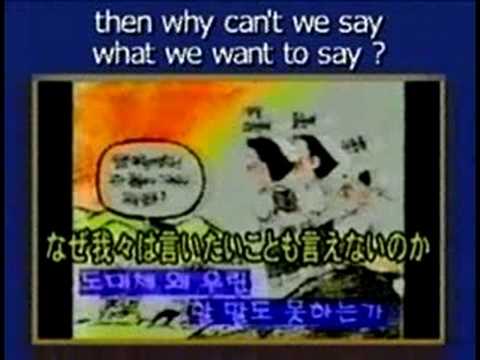 Well, it’s good to see someone rigidly sticking to the topic, anyway.