I’m really hoping that there won’t be a part 3 of this wrath topic.

I said that about the Covid thread. Yeah, I’m not seeing any of this getting particularly better anytime soon.

A celebrated Ukrainian medic recorded her time in Mariupol on a data card no bigger than a thumbnail, smuggled out to the world in a tampon. Now she is in Russian hands, at a time when Mariupol itself is on the verge of falling. Yuliia Paievska is...

McDonald's Corp is selling its Russia business to its current licensee Alexander Govor and the restaurants would operate under a new brand, ending more than three decades of presence in the country following its invasion of Ukraine.

I’m really hoping that there won’t be a part 3 of this wrath topic.

I am afraid some people have other ideas…

The US National Intelligence director warns the Russian president could turn to "more drastic means".

Re: The Terminator tanl - Unless they change how they use them, with infantry preventing a Ukrainian solider from getting close enough to use an NLAW/Javelin, then it is just going to be a bigger, more expensive target.

Not quite sure what they mean by “designed for urban warfare,” because in the present day, urban warfare seems like the worst thing in the world to use armored vehicles in. Unless you have sufficient infantry dominance to clear the buildings, every corner is potential death for this thing. Nope, I go with wishful thinking on their part.

If your goal in “urban warfare” is to level every building around and completely destroy the buildings, then it seems perfectly well-suited.

Not quite sure what they mean by “designed for urban warfare,”

Because the Russian army’s track record of warfare recently consists of pounding the hell out of urban areas until they are rubble then using tanks to destroy the rubble and kill anyone left amongst it.

So yeah - what @Les_Pane said. 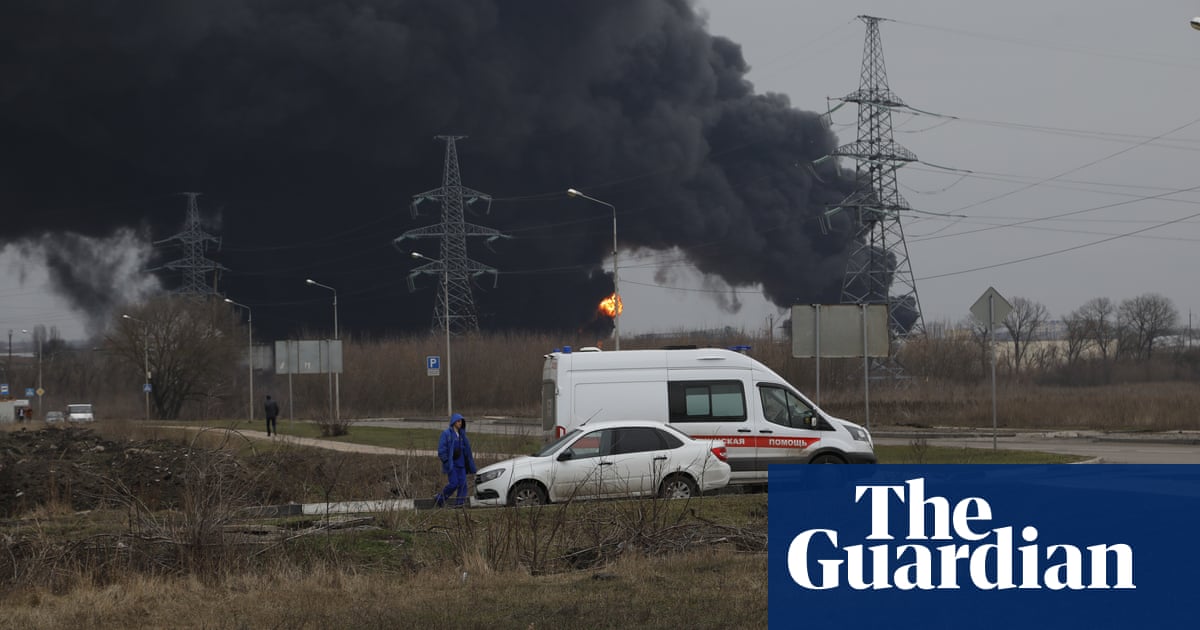 ‘Now we get hit too’: Belgorod, the Russian city on the Ukraine frontline

‘I’m not blond,’ says Ruhullah Haji, who was stuck at crossing for three days but managed to join family in UK 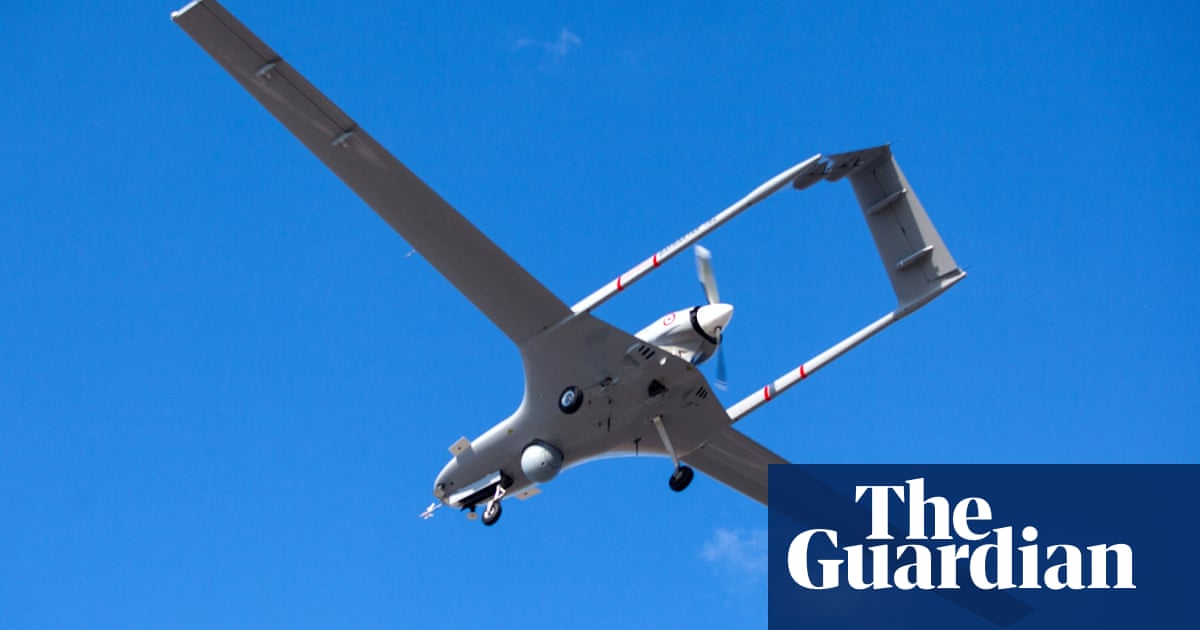 Russia says weapon destroyed drone in five seconds in a test, but there is scepticism that it could be used in war

CanadianBeaverBBS Lieutenant [6h]
Russia: we are just going to shoot our lasers wildly into the sky and if the optics on your reconnaissance vehicles looking at our ships get burned out it’s your own fault.

More likely they’re going to shoot them at enemy troops and try to blind them, it is a much more effective use of the weapon. Russia has a history of building laser systems with secondary functions as (illegal by treaty) blinding weapons. They’ve been caught doing it before with “targeting” and “range finding” lasers, and suffered no real penalty, so why wouldn’t they do it again.

‘Our Commander Is Leaving With Us’: Putin’s Troops Openly Plot to Ditch...

“It’s not desertion, because we shouldn’t be on this territory.”

I “wonder” if the new “weapon” causes monster headaches in embassies. Although I guess then it’d leave much more of a signature.

I’m rooting for the super secrud squirrel Star Wars lasers that we ‘scrapped’. If we’re talking about fantasy equipment; fight fantasy with fantasy!

The technical term for this is urbicide– though many are tempted to take this and expand it into a expansive critique of urban “planning”.

Urbicide: The Politics of Urban Destruction

The term ‘urbicide’ became popular during the 1992-95 Bosnian war as a way of referring to widespread and deliberate destruction of the urban environment. Coined by writers on urban development in America, urbicide captures the sense that the...

A couple more things from this evening’s Guardian liveblog…

In his nightly address, Ukraine’s president, Volodymyr Zelenskiy gave a dire assessment of the situation in Donbas. “There’s hell, and that’s not an exaggeration,” he said. “Donbas is completely destroyed.”

The brutal and absolutely pointless bombing of Severodonetsk… 12 dead and dozens wounded in just one day. The bombing and shelling of other cities, the air and missile strikes of the Russian army - all this is not just hostilities during the war.

Russian strikes at the Chernihiv region, in particular the terrible strike at Desna, debris clearance continues, many dead; constant strikes at the Odesa region, at the cities of central Ukraine, Donbas is completely destroyed - all this doesn’t and cannot have any military explanation for Russia.

This is a deliberate and criminal attempt to kill as many Ukrainians as possible. Destroy as many houses, social facilities and enterprises as possible.

This is what will be qualified as the genocide of the Ukrainian people and for which the occupiers will definitely be brought to justice.

US and Nato intelligence officials have assessed that Russia is deploying a piecemeal approach to taking parts of Donbas, facing fierce Ukrainian resistance.

As the war drags on, Zelenskiy also said that “the monthly budget deficit in Ukraine now is $5bn. And to endure the war for freedom, we need quick and sufficient financial support.

“And it’s not just expenditures or a gift from partners. This is their contribution to their own security,” he said:

Because the defense of Ukraine also means their defense from new wars and crises that Russia may provoke. If it succeeds in the war against Ukraine. That is why we must all work together to ensure that there is no success for Russia in its aggression against our state.

Since the start of his military campaign against Ukraine, Vladimir Putin has railed aggressively against pro-western Russians, whose appetite for European cuisine and climates he said meant “their mentality is there, not here, with our people”.

Yet his own daughter’s enthusiasm for sojourns to western Europe at least matches that of the oligarch “scum and traitors” he has decried, a joint investigation by independent Russian media outlet iStories and German magazine Der Spiegel suggests.

According to flight records obtained by the two publications, Putin’s youngest daughter, Katerina Tikhonova, flew to Munich in southern Germany “more than 50 times” between 2017 and 2019, travelling on chartered flights with full state support and in the company of employees of Putin’s own presidential security service.

Among the leaked cache of documents relating to a series of flights between Moscow and Munich in spring 2020 are the passports of a then two-year-old girl – apparently a previously unknown granddaughter of the Russian president – and Igor Zelensky, the former director of the Munich state ballet. The report said it is likely that Zelensky is Tikhonova’s partner and the father of her child.

Unrelated to the Ukrainian president of the same surname, 52-year-old Igor Zelensky was an internationally feted dancer before he became artistic director of the Bayerisches Staatsballet in 2016. He stepped down from his role on 4 April citing “private family reasons”, having failed to react to calls to condemn Putin’s war of aggression in Ukraine.

Zelensky still has a job on the supervisory board of Russia’s National Cultural Heritage Foundation, which is building a cultural centre in Crimea and is understood to be close to Putin.

An anonymous source at the Bavarian state ballet told Der Spiegel that Zelensky was “most likely a partner of Putin’s daughter”, before journalists had specifically asked about his family ties.

(The article is linked from the liveblog. No need to copy and paste.)

@JimmySecUK
Various pro-Russian Twitter accounts were so desperate for something positive to post they used a video editor to reverse the footage and then claimed it showed the Russian T-90 recovering a Ukrainian tank.🙃 twitter.com/RALee85/status…

Video of a captured Russian T-90A tank being pulled by a Ukrainian tank. https://t.co/iQjTpckWkw https://t.co/3zWWaENf9K

Apparently the former Russian Colonel who was so refreshingly frank on state television the other day is whistling a different tune tonight.

I believe that this is what the kids call “copium”.