So much for Putin’s supposed hatred of Nazis. I highly doubt that this attempt to wipe out a memorial this horrific event of the Shoah was an accident.

Interesting but longish thread about how Ukraine got in front of and is beating the Russian propaganda.

@peterwsinger
Why has Ukraine been so successful at information warfare/propaganda vs the supposed Russian masters of it? A thread 🧵 of 10 persuasion messaging themes working for them:
12 Likes
mspie500 March 1, 2022, 6:04pm #7

I wonder if any Russian soldiers are asking themselves this…

@AricToler
Wow, huge escalation in Russia's war on independent media -- the only independent TV station and the largest independent radio station are now being blocked. twitter.com/tvrain/status/…

speculative, though whether it is groundless speculation remains to be seen

Could Putin Go Nuclear in Russia’s War With Ukraine?

Putin’s brinkmanship is a reminder that we are only one accident, miscommunication, or powerful psychopath away from nuclear war.

In 2020, Russia lowered its official standard for deploying nuclear weapons. Previously, Moscow had vowed it would only resort to the nuclear option if “the very existence of the state is threatened.” Two years ago, the Kremlin revised that position, announcing that it “reserves the right to use nuclear weapons … for the prevention of an escalation of military actions and their termination on conditions that are acceptable for the Russian Federation and/or its allies.”

In other words: Russia reserves the right to conduct a nuclear first strike in order to end a war on its preferred terms. This leads Georgetown nuclear-policy expert Caitlin Talmadge to believe Putin could plausibly deploy “tactical” (or “battlefield”) nuclear weapons to achieve his aims in Ukraine if conventional aggression fails to do the trick.

@davidallengreen
"Franz Ferdinand pulls Russian tour" Now we are even getting the same headlines as August 1914 twitter.com/BBCNews/status…

Seriously, that convoy would be shredded with a dozen Predator drones. Just call in Ukrainian pilots to “fly” them.

A convoy stacked that closely together points to both incompetence and a clear belief that you aren’t in danger.

@RidT
Just wow wow wow. The Ukrainian newspaper Pravda leaked what appear to be personal data of 120,000 Russian soldiers fighting in Ukraine — if confirmed as accurate, we're probably looking at one of the best-timed and most devastating leaks of all time pravda.com.ua/news/2022/03/1…

What is the purpose?

I can see leaking a list of the dead and wounded Russian soldiers, as I’m sure Russia is not being forthcoming about that data, but what use is the name & address, etc. of individual soldiers? Don’t their families already know they’re conscripted?

There’s a lot of reports that while Russian people know a family member is in the military, they don’t know that they’re in Ukraine or in combat. None the less what’s happened to them. 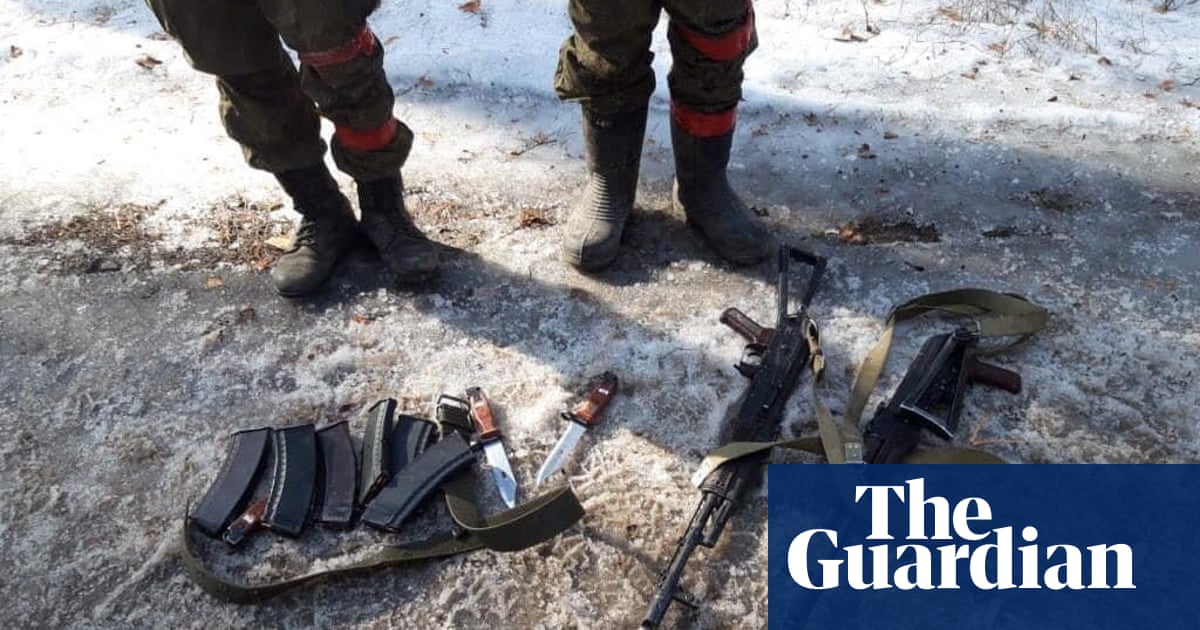 ‘I had no idea he was there’: families’ shock at video of captured Russian...

while Russian people know a family member is in the military, they don’t know that they’re in Ukraine or in combat.

VPNs and word of mouth from people who know the work-arounds?

The Internet will find a way. There are lots of parties outside and inside Russia with the motivation and ability to get the list circulated there. And as @Ryuthrowsstuff noted, there are a lot of Russian families worried about their sons, husbands, brothers and uncles being somewhere they shouldn’t.

There are a lot of Russians in Ukraine and a lot of Ukrainians in Russia. Particularly in the major cities many many people have close friends on either side of the border.

So people are just cutting out media reports and sending things direct, where it then spreads to the broader community.

Hence the Telegram channel from the Ukrainians. It’s pitched as a way for Russians to identify and find out what’s happened to their family who were killed or captured. Of course it sends all sorts of other messages. But it does do the thing.

This also seems to be why so much of the reporting on this is running through twitter. Seems to be the most reliable and quickest way to get info out of Ukraine for people on the ground.

Russia’s a bit spitting in the wind with the media shutdowns. It’s not radio and newspapers spreading info to regular Russians. Your average Russian doesn’t follow those venues, they’re targeted at well off intelligencia. They’d have to shut off the cellphone networks.

Russia's 40-mile convoy has stalled on its way to Kyiv, a U.S. official says

The convoy is apparently being hampered by fuel and food shortages, the official says. The news comes as Russia continues to concentrate attacks on Ukraine's largest cities: Kyiv and Kharkiv.