A way off this merry-go-round?

Is the tide of war starting to swing? Are the russians sliding into full disarray? Maybe these ideas should be sandboxed.

It’s all fun and games until some despot invades.

@paulmcleary
It's official - Europe won't transfer fighter planes to Ukraine. Poland decided not to, and Slovakian defense ministry spokesperson confirms to me just now: “Slovakia will not provide fighter jets to Ukraine."

Poland, Bulgaria, and Slovakia have all publicly denied they will send fighter jets to help Ukraine fend off the Russian invasion.

Well that’s not good… What about drones? Seriously, that convoy would be shredded with a dozen Predator drones. Just call in Ukrainian pilots to “fly” them.

I haven’t heard it, because my hometown is very close to Belarusian border. It’s a place where Polish and Russian culture mixes

That shows how much I know about eastern Europe (nothing). 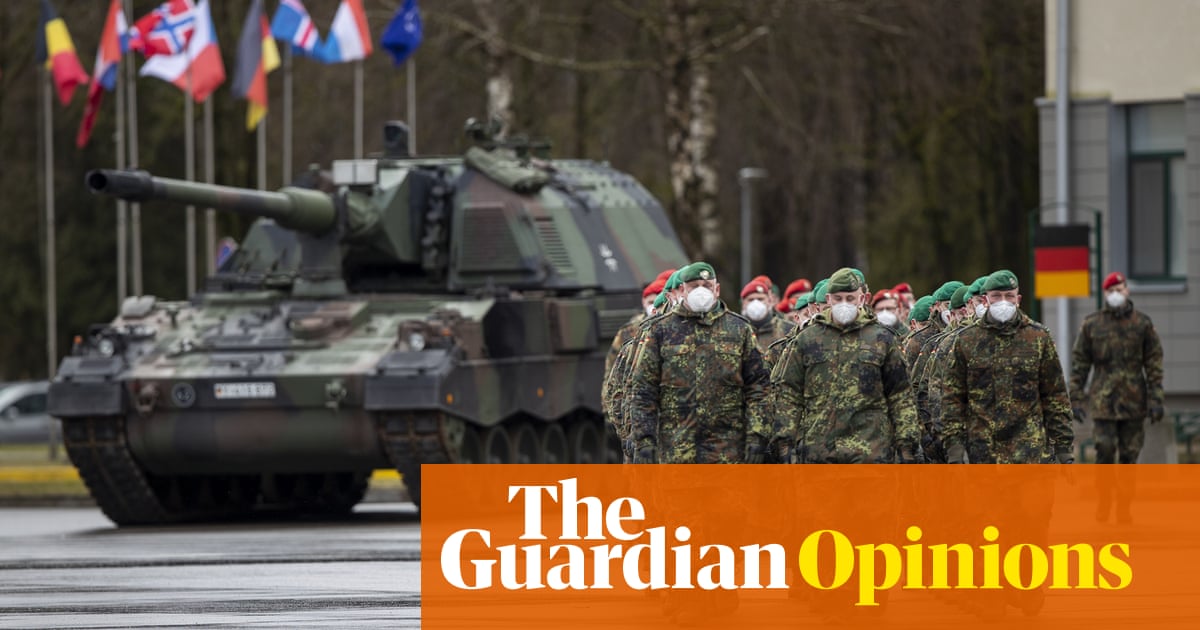 Many predicted Nato expansion would lead to war. Those warnings were ignored...

It has long been clear that Nato expansion would lead to tragedy. We are now paying the price for the US’s arrogance

I leave this here, but I think I recluse myself from discussion.

@NatashaBertrand
Russian advance on Kyiv remains “basically…where it was yesterday” senior defense official told reporters today. "The Russians are not only facing “fuel and sustainment” problems, but are showing signs that they are running out of food, the official claimed. via@MichaelTConte

@NatashaBertrand
"...units are surrendering, sometimes without a fight," the official said. "A lot of these soldiers are conscripts, never been in combat before, some of whom we believe weren’t even told they were going to be in combat. So we’re just seeing evidence of a bit of risk aversion.”
18 Likes
teknocholer March 1, 2022, 4:59pm #1590

Sergey Viktorovich Lavrov (Russian: Сергей Викторович Лавров, pronounced [sʲɪrˈɡʲej ˈvʲiktərəvʲɪtɕ lɐˈvrof]; born 21 March 1950) is a Russian diplomat and politician who has served as the Foreign Minister of Russia since 2004. As a member of the United Russia party, he was previously the Permanent Representative of Russia to the United Nations, serving in the role from 1994 to 2004. He is under personal sanctions in the European Union, the United States and Canada for his role in the 2022 Russ...

“We continue to call war war,” Dmitry Muratov, the editor of Novaya Gazeta, said. “We are waiting for the consequences.”

You are allied with a bloc who will counter attack if you are attacked, keeping the likelihood of attack much lower

You are not allied with a bloc, and could be completely on your own if attacked.

Great. Just… great…
Now that song is gonna be stuck in my head all day.

The current lull in fighting around the Ukrainian capital, Kyiv, is the result of Russian invading forces regrouping ahead of a continuation of the offensive, a senior Estonian Defense Forces (EDF) staff office says. Meanwhile, an interior ministry...

In Ukraine, Daily Life in the Face of War

Through years of conflict, people in eastern Ukraine have sought a semblance of normal existence—one that’s now under siege.

I leave this here

Looks like an opinion from a libertarian think tank.

Exclusive: What Trump Really Told Kislyak After Comey Was Canned

During a May 10 meeting in the Oval Office, the president betrayed his intelligence community by leaking the content of a classified, and highly sensitive, Israeli intelligence operation to two high-ranking Russian envoys, Sergey Kislyak and Sergey...

You may as well not post it if you’re not going to defend anything written by the Cato Institute, whose president is also chairman at the Ayn Rand Institute. A right-wing for-hire think tank financed by the Koch Brothers.

The “NATO expansion” theory has been debunked largely up in the thread, and identified as one of the many russian disinformation actions.