@AricToler
Roskomnadzor (Russian censorship agency) has threatened to block all of Wikipedia from Russia due to its "Russian Invasion into Ukraine" article. Their main gripes: it lists Russian soldier casualty figures and describes how Ukrainian civilians/children are being killed. twitter.com/GazetaRu/statu…

Wait…wasn’t this the relief convoy…

It’s convoys all the way down. Maybe we could gift them one of our freedom convoys. We have more than we need.

If it’s propaganda (and who knows; we’re not beneath that), it’d be a great way to demoralize the troops that waiting for them.

And ++++++ to sending them our excess convoy action. I’m sure snarky signs and stars-n-bars will be super helpful.

And PILLOWS. LOTS of pillows.

Which reminds me that this situation has pushed a lot of people off the front-page news.

Yes, I wonder what idiot pillow guy thinks of this situation, and which side he’s preparing to launch pillows to?

Interesting twist with the EU!

Ukraine proves that Europe's way of life is worth a cost, EU Parliament head...

"This must be our 'whatever it takes' moment," European Parliament President Roberta Metsola says. Metsola says the EU will work with Ukraine toward its goal goal of joining the union.

Watch: A lost gentleman from Texas joins forces with Russian soldiers to...

It’s not all Russians on the ground attacking Ukraine. Among the Russian military is one confused gentleman from Texas who is now a foot soldier for Putin, proudly standing with the “de…

That one needs the long sleep.

Unconfirmed, but it could explain some things if true…

@sbreakintl
For the 1st time in a modern conflict, the regular forces of Russia are communicating without digital mode, making them fully audible by everyone. A story documented by Nicholas Laidlaw (instagram.com/nicklaidthelaw/) might explain that the cause would be bad logisitic preparation. https://t.co/eitSovjuN7

Oh my goodness. That’s absolutely incredible. Even translated it has so much power, given the context.

Some large number of thesis will be written just about the social media propaganda warfare going on here.

It’s not just the social media propaganda that is impressive. The OSINT community is doing an incredible job of geolocating Russian military movements and debunking Russian disinformation. There is a twitter thread (ShadowBreak Intelligence) that talks about all the amateur radio enthusiasts who are tracking, recording and translating unsecured Russian comms.

@sbreakintl
A story being confirmed not only by PoW testimony but also by material captured by the Ukrainian army after clashes with the Russian army, such as in this tweet, showing a civilian Baofeng which was used by the Russian infantry. twitter.com/citeam_en/stat…

More and more evidence is emerging that the Russian forces rely on civilian radios and mobile phones for their communications. Our source in one invading unit confirms this. This photograph is said to show a civilian radio captured by Ukrainians. https://t.co/ppwYktFsaD
19 Likes
WoolyBugger March 1, 2022, 8:44pm #39

Wow. I am pretty sure that radio is a Baofeng UV-82:

I own a couple UV-5R+. They are amazing for how cheap they are, but secure they are not.

@keithgessen
My aunt Sveta in Moscow said she was listening to Ekho Moskvy when it was turned off a few minutes ago. She thought it was a technical error--they were on the air and then suddenly all she heard was a hissing sound. It had been on the air in Moscow since 1990.
25 Likes
GagHalfrunt March 1, 2022, 9:24pm #42 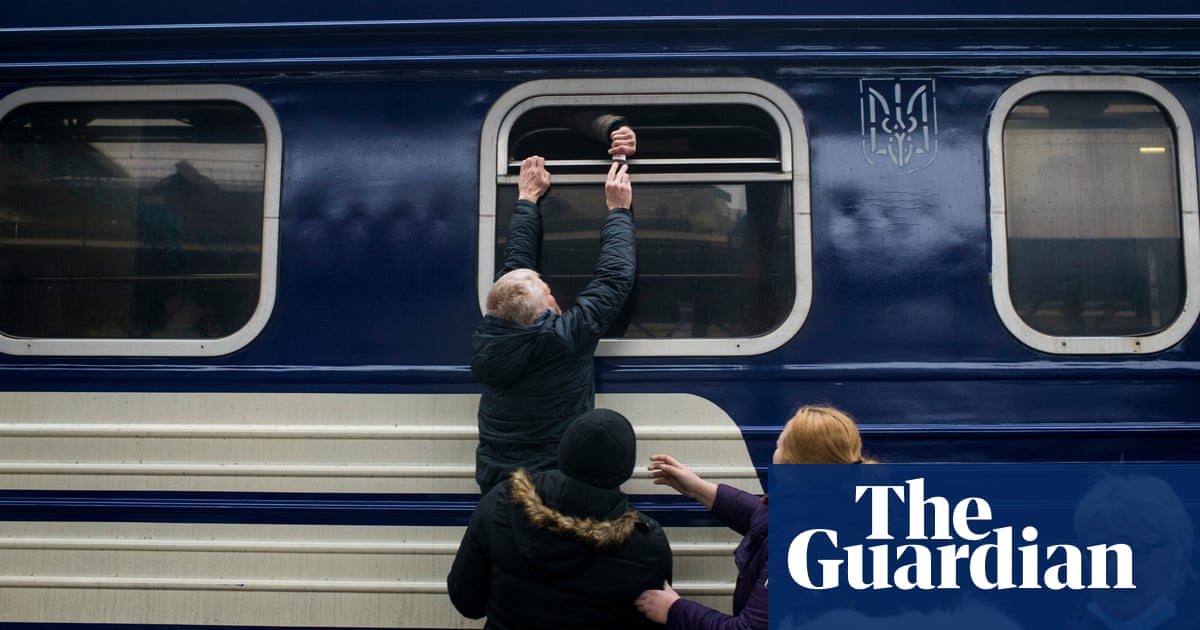 ‘It might be the last chance to get out’: citizens flee Kyiv as assault...