If I may add just one caveat to that: I think that we should be more reluctant than usual to reply to posts from brand-new accounts. I’m not saying that we should assume posts from new accounts are in bad faith, but we simply do not have time to figure out where they are coming from.

I think you are right on - I imagine it is often going to be a red flag if something has a “welcome them to boingboing” on it.

ETA: I have also been looking at date joined for anyone I don’t recognize that I am not sure about.

I see both sides have already played the Nazi card.

I cannot see “both sides” without instant nausea setting in. That is just pure laziness.

That is just pure laziness

Not sure what you want? 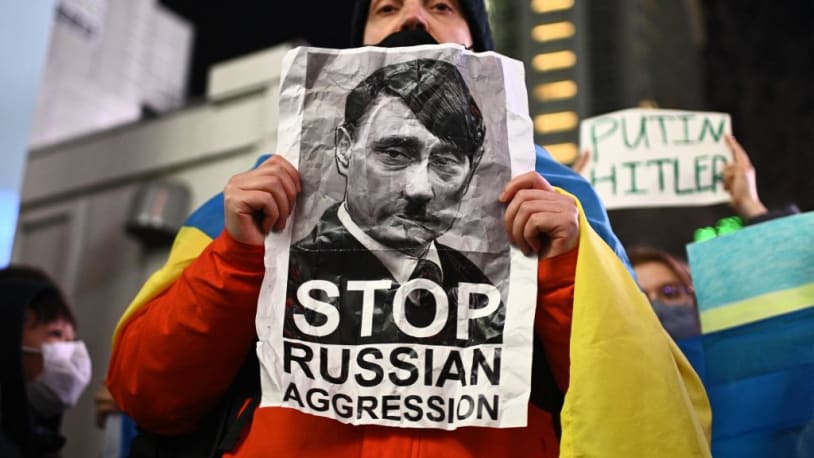 Ukraine's president throws the Nazi label back at Vladimir Putin after...

Russia invaded another sovereign country under made up pretenses. For f’s sake, my country did that in 1938, 1939, 1941, … those weren’t exactly “two sides“ to be viewed and debated.

The Russian and the Ukrainian administrations have each likened the other to Nazi behaviour.

I did not write that they were in equal positions or that either was correct in their assessment.

Moved this discussion here, as it is the more appropriate venue for this debate. Note that being moved here doesn’t automatically impute bad faith to any user.

I would note that Putin has been falsely playing the “Ukrainians are fascists” card for years, while Ukraine is now pointing out the Russia is acting like the Nazis for what should be obvious reality-based reasons. 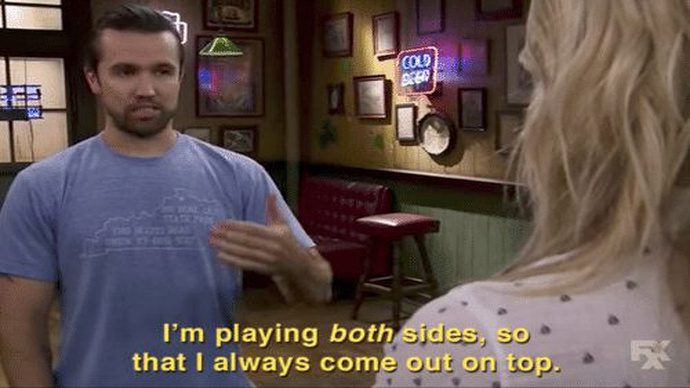 No one challenged the facts. Just the frame.

It doesn’t seem like we’re seeing much bad faith whataboutism here (or if we are, it’s getting modded quick), which is reassuring.

I also haven’t seen much of that on social media (not that I spend much time on social media), where everyone I know has been very supportive of Ukraine.

Is everyone else getting the same feel from where you are? We were expecting bridge dwellers to come out in force and that hasn’t happened from what I’ve seen.

I agree. The Useful Idiots were either banned or went inactive. The kids from the IRA is St Petersburg either haven’t been activated against BB or decided we weren’t worth it. Whatever’s going on I’m not complaining.

I see a lot of support for Ukraine. However, I also see a lot of blaming NATO or the US for either escalating or forcing Putin’s hand, as though he had no agency in this.

There was one half-hearted attempt pre-invasion to shift the focus to America supposedly victimising or being callously indifferent to ethnic Russian civilians in Donbas. It was shut down very quickly by facts.

What I have seen is mostly just bad opinions though, not anybody trying to really derail the conversation or misinform.

In fact I have seen a lot more near miss derailment from people that are upset that the West is not doing enough.

None of it has really been in bad faith though, just people that are upset. I saw a really nice and successful example of calling for cool down over in Drums of War earlier in fact - it was really great to see.

Yeah - there really hasn’t been a lot. I even made a comment about the lack of bans the other day. I think we have just had the one, as far as I know, and that was a long time bbs member that had some previous issues anyway.

Doesn’t really seem to be any brigading or anything like that. And most of the time people are being super supportive and extra nice.

Somebody should give mspie500 a medal - they have been doing an amazing job of maintaining a newsfeed over in the main invasion post!

Perhaps Putin overestimated how useful his idiots would be in the face of an actual (rather than just hypothetical) shooting war.

It may be too early to hope, but I’m thinking now that it’s also too early to despair. How the world reacts matters.

The scenario where I might see the paid and unpaid jerks appearing is one where the invasion stalls out and Putin tries to negotiate a peace where he pulls out in exchange for international recognition of his two BS “people’s republics”. They might also come out if the invasion doesn’t stall but turns into a re-run of the ugly slog in Chechnya.

Anyhow, if they show up we can handle them. The BBS has changed a lot since their last big push during the 2016 election.

There was one half-hearted attempt pre-invasion to shift the focus to America supposedly victimising or being callously indifferent to ethnic Russian civilians in Donbas. It was shut down very quickly by facts.

What I have seen is mostly just bad opinions though, not anybody trying to really derail the conversation or misinform.

It might just be my circles (forums, not social media, but places where I feel pretty confident that the accounts are of real people), but these ‘bad opinions’ have been pervasive in the places I haunt. Some of the propaganda stuck.

I don’t mean to imply that the West’s approach was unimpeachable, of course - I don’t know exactly what to think yet - but I see the early lines of “Ukraine was about to join NATO, so Russia was basically forced to attack” with frequency.

The funny thing about NATO membership is that NATO only kicks into action when a member state is attacked.

Must be an oversight on the part of the bad opinion people.