It seems that this thread was needed after all…

I was hoping it wouldn’t be needed but…

who set Ukraine up

So you’re saying you think this is all very unfair to blame the invading army for invading and we should be nicer to them?

Really and truly, Putin needs no advocates. He can spew just fine for himself.

I don’t remember who said it: A tankie used to mean “a Western supporter of communist countries”; now it just means “someone who understands global power structures beyond naive media stories”.

Whoever said it was lying about the definition of tankie.

Not to mention that it’s not just wrong it’s also irrelevant. Why should I even care what is or isn’t a “tankie” anyway. I don’t like brutal authoritarian leaders and I’m still damned salty about how Russia tried to get one planted as President-For-Life here, and even if the US has done as bad elsewhere it still sucks because I still care about my own damned life, and so I support anything that weakens that strategy in my country. So… fuck a tankie.

Also my eye if Russian propaganda is calm. I’ve been drowning in it just like anyone else. Not even a little calm.

ANTIIIIIIFFAAAAAAAA KILLING YHOUR WOOOOOMIIN INTO MEEEN NEEED STROOOOOOOONNNNNNG MAAAAAN PROTECT MORE OIL AND GUUUUUNNN EU is NAZI BAAAAD WITHDRAW FROM NATO OR GOD WILL KILL YOU ALL BECAUSE GAYS!

I feel quite rested and safe now. Much calmer. Not terrified at all.

I mean the calls for no-fly-zones and the reporting on how the US is trying to pressure Poland into giving jets to Ukraine, which Poland does not want to do, because they very well know that will start WW3.

A tankie used to mean “a Western supporter of communist countries”; now it just means 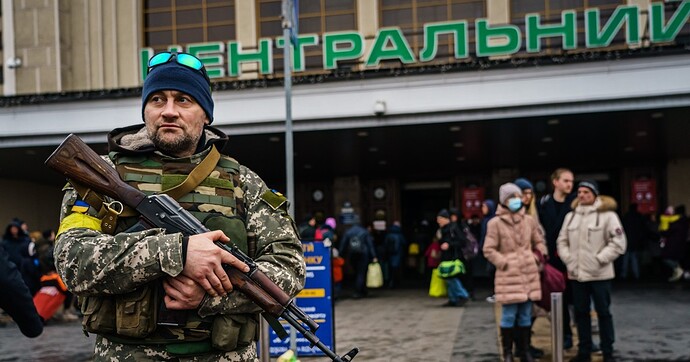 Before taking up my post to defend this city from looming invasion, I would like to communicate to the Western Left what I think about its reaction to Russia's aggression against Ukraine.

The ‘anti-imperialism’ of idiots

Once more the western ‘anti-war’ movement has awoken to mobilise around Syria. This is the third time since 2011. The first was when Obama contemplated striking the Syrian regime’s military capabil…

Simultaneously giving America way too much credit while ignoring the agency of other countries to do things on their own in the process. 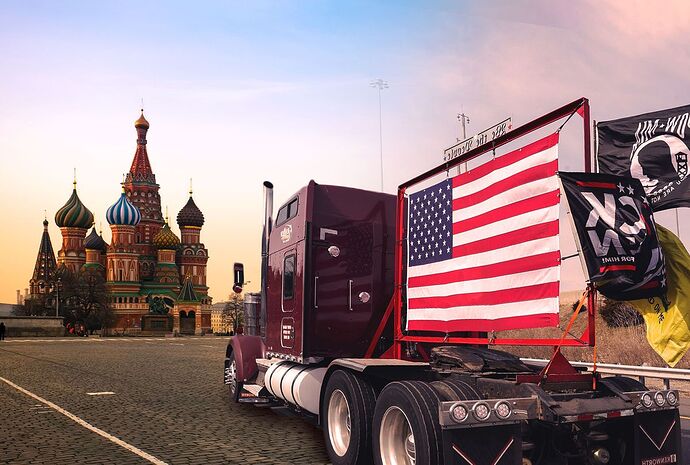 A "Freedom Convoy" we can all support: Send the truckers to Russia!

It's a win-win: Send the faux-truckers, insurrectionists and COVID fanatics to the motherland of their true Daddy

I think a lot of these folks ought to defect to Russia permanently so they can enjoy the lifestyle instead of burdening the US anymore. Please leave our country and go to one that suits you. I’m sure the Russians can find some use for them.

I’m sure the Russians can find some use for them.

I’d say that Putin already has.

A large plot of land for sale in the Trans-Baikal Territory with a total area of 56 000 hectares or 140 000 acres. Land for sale completely cannot be divided into smaller plots. The land has not been cultivated for 6 years, it began to overgrow with...

CLIMATE
Like most of eastern Siberia, the climate of Transbaikalia is sharply continental with insufficient rainfall. Winter is long and long, with little snow, with a large number of clear days; the average January temperature is −20 ° C in the south and −38 ° C in the north. The absolute minimum is −64 ° C.

The last frontier for you rugged individualists!

And with the climate changing who knows, perhaps in 100 years you will be the Kings of Earth!

Hurry up, don’t miss your chance! This is even better than NFTs! Chances like this don’t come often.

Reminds me of the beginning of that sexy-girl robot movie.

I didn’t watch that one. Ex machina?