I read this article this morning with the usual reaction of surprise and not shock. The “glass floor” remains in place even for a self-dealing grifter who cost investors billions as long as he’s a white male people have claimed is a “genius” (see also Stephen Glass, Jonah Lehrer, countless affluenza-afflicted failsons).

This crook is also pushing a supposedly environmentally friendly cryptocurrency, a venture for which he’s also received backing. 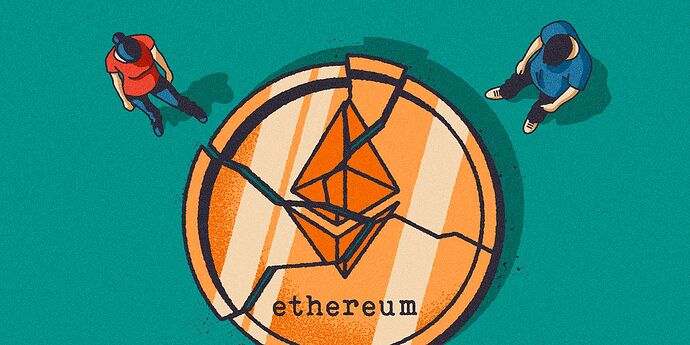 Adam Neumann’s ‘Goddess Nature Token’ Is the Future of Crypto—for Better or...

WeWork’s infamous ex-CEO co-founded a darling of the Web3 scene, which has recently been tested by falling cryptocurrency prices. True believers think the real problem is existing securities regulations, not the logic that underlies their offerings.

Nice! They’re going to “disrupt” the rental market - already in a state of total chaos - by adding a new value-added service that will drive up rates further, forcing millions more out of their apartments and onto the streets. This should go well. /s

The grift is right there in the article:

Neumann is planning to make a sizable personal investment in the firm in the form of cash and real estate assets.

He’s got a bunch of real estate he personally owns and needs to somehow get out from under…Andreesen is a fool for even letting this charlatan in the door.

It would’ve been nice if the post actually said what the new startup was for, instead of alluding to it.

Neumann, who has purchased more than 3,000 apartment units …; aims to rethink the rental housing market by creating a branded product with consistent service and community features. Flow will own and operate the properties Neumann had bought and also offer its services to new developments and other third parties.

If you aren’t building a billion trillion more affordable housing units across the nation, you can f right off into the sun.

aims to rethink the rental housing market by creating a branded product with consistent service and community features.

The constant features will be:

When you’re a Marc Andreessen, the question of whether particular individuals deserve to command mounds of capital is the very last thing you want anyone looking into.

Adam Neumann has been in the presence of the holy billions. What does it matter if you think he’s a “sociopathic fuccboi halfwit car crash”? You mortal scum, what do you know of the genius of one whom the nine sacred zeroes have selected as their avatar?

With or without Neumann, WeWork is an objectively overhyped business with no USP, dodgy financials, and a share price 100% propped up by the pile of excess Saudi cash parked under it for safekeeping (via Softbank). If everyone understood that, rich people would lose a lot of money. So it is compulsory that we instead believe it’s due to a magic spell. Adam Neumann is required to be a genius, notwithstanding every single goddamn thing he has ever said or done in public.

I mean, if that weren’t true, you might start wondering if Marc Andreessen was a genius, either.

Back in the 90s, marca just happened to be working on the right project at the right place at the right time. He just got lucky.
This other guy (what’s his name? Alfred Newmann?) is just failing up. Happens to the worst of us.

Neumann, who has purchased more than 3,000 apartment units …; aims to rethink the rental housing market by creating a branded product with consistent service and community features. Flow will own and operate the properties Neumann had bought and also offer its services to new developments and other third parties.

Um, this clown knows corporate apartment complex chains already exist, right? It’s exactly what he describes- if you rent from Sandlewood Investments Apartments in Detroit or Sandlewood Investments Apartments in LA, you’ll get the same policies, maintenance, etc. Some people like it because, like McDonald’s, you know exactly what you’re going to get. I never liked them because corporate policies always prevented the local managers from being flexible on lease breaking, security deposits, etc.

Also, is there nothing that the world won’t give a tech bro a billion dollars for? These asshats trip and fall into money on a daily basis. Eat the rich and burn the bones.

Good luck to Adam and Marc at making apartments even more expensive!

here’s what samar marwan of fast company says about “flow”–

"Andreessen mentioned workers moving away from the in-person office experience, with Flow offering a community-style living to accommodate the future workforce. "

note the bolded text. so it sounds like neumann is intent on foisting an exoensive reconception of rooming houses for people who never leave because they’re all working from home. this sounds truly hellish.

is there any way to short a project that isn’t publicly traded? i think someone could make a fortune on their meltdown.