Angry at Kenyan train in Thomas the Tank Engine, the NRA posts picture of trains in Klan hoods

I think this can serve as a kind of psychological test. If you can’t figure out what the hell is bad about a kids’ show featuring boy and girl characters and characters from different countries, you’re not completely nuts.

The NRA was always outright racist. They used to be for gun control as a way to keep minorities from being armed. Now they oppose gun control to drive up gun sales. Using the fear of armed minorities to suburban white people for “personal defense” and rednecks for “when the shit (race wars) hits the fan”.

This time they are just forgetting to use dogwhistles.

This is the reason I loathe Thomas the tank engine. It has done the same to wooden train sets as the disney Cars movies have done for toy cars: Suddenly they all have stupidly drawn silly faces and annoyingly (moralistic) personalities.

I loved playing with wooden train sets when I was a kid, but to my fantasy they were real trains. Or they could be persons sometimes, but I didn’t need a(n ugly drawn plastic) face for that.
Trough birthday presents some Thomas stuff has infiltrated our wooden train set, but I’ve succeeded to limit it to 1 thomas and 1 black engine (no clue of the name).

The old stories were paragons of reactionary morals as well, never liked them.

(My children of course adore the movies, and watch them as soon as I’ve turned my back

Now that Alex Jones has less opportunity to release the Crazy, it’s building up pressure and spewing forth from other weak, fractured places.

Dana Loesch, Tucker Carlson, even Alex Jones aren’t crazy. They’re entirely aware that they’ve built a business model that profits by pandering to their fellow racists and other assorted bigots. Mental illness has nothing to do with it. It’s just the banality of plain old boring evil.

My son went through an intense train phase. Endless pretend games about trains, scenarios involving Brio track configurations on the living room floor, nonstop James Coffey train songs, dressing up as a train for Halloween, countless hours parked in front of bookstore train tables, daily train videos, even a trip to Vancouver (on a train!) so he could ride on an old steam engine and Sky Train.

But he never liked Thomas stuff. He thought those faces were dumb and creepy.

That was the only thing that kept my wife and me from going completely over the edge.

if KKK or some other bunch of deplorables actually went and lynched a PoC, it would be Sarah Huckabee Sanders who would announce that the President strongly condemns the crime. Because no one in the White House would trust Trump to actually condemn the lynchers without some “fine people on both sides” shit

Incredibly, one of Trump’s few regrets about his own actions in office was that he condemned white supremacists at all. 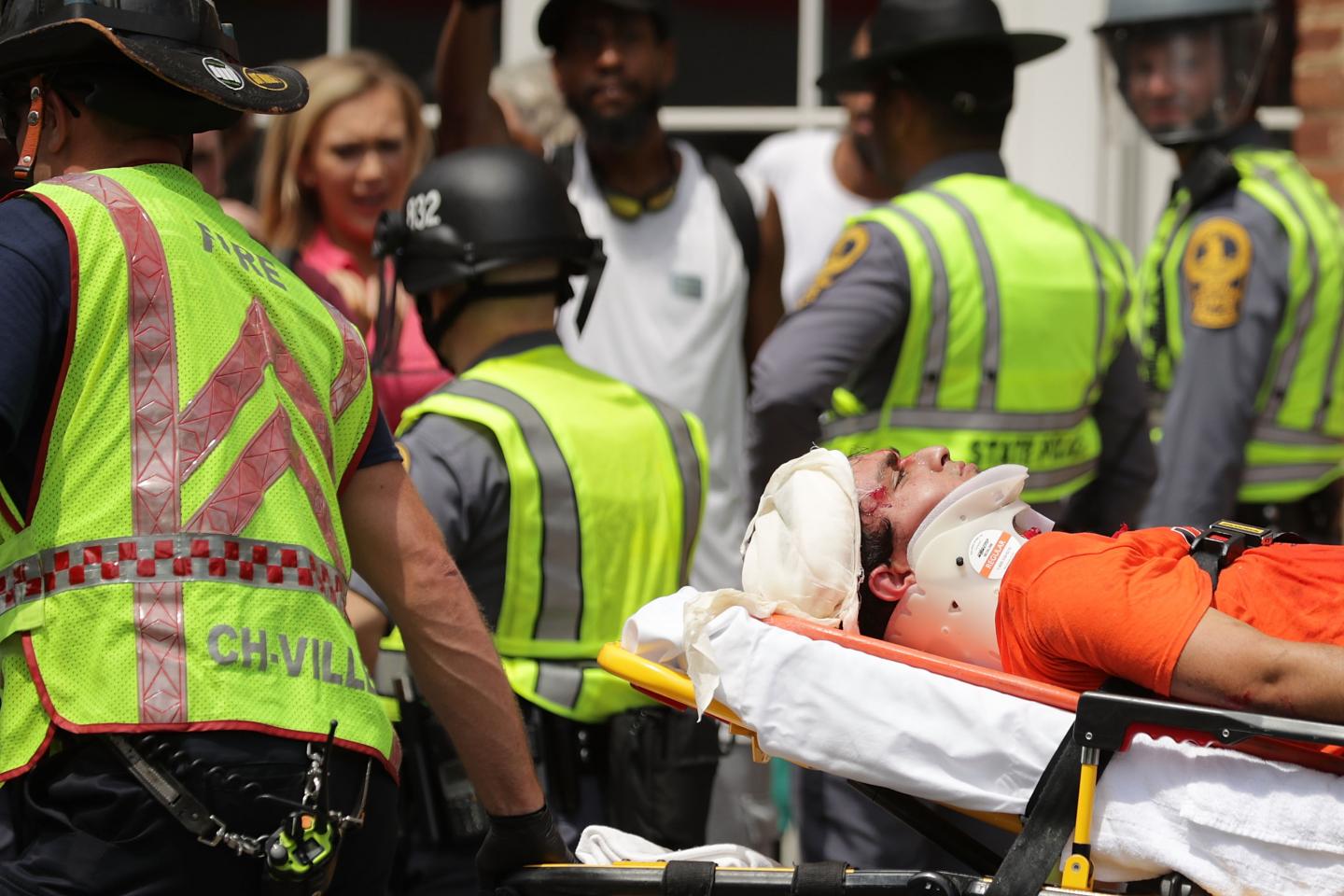 Trump reportedly said it was the "biggest f**king mistake" to condemn...

“That was the biggest f**king mistake I’ve made” and the “worst speech I’ve ever given,” Trump told aides, according to Woodward’s book.

apparently thought this would connect, resonate, or persuade enough people to be worth pursuing.

That, and they knew that it would make the rounds of the liberal media, and get everyone worked up drive divisions even deeper. Nothing gins up gun sales like anti-NRA and anti-gun rhetoric, even if you have to use silly anti-PC arguments to stir the pot.

It’s like all these fascist assholes read the story of the North Wind and the Sun and thought. Yes, let’s be the north wind, make people cling to their jackets, make a mint selling jackets and build an entire worldview around the paranoia that everyone wants to take their jackets.

Sweet Jesus - I never really watched Thomas the Tank Engine, but apparently it’s a train-based soap opera for kids, based on all the twists and turns that character has in the article.

But he never liked Thomas stuff. He thought those faces were dumb and creepy. 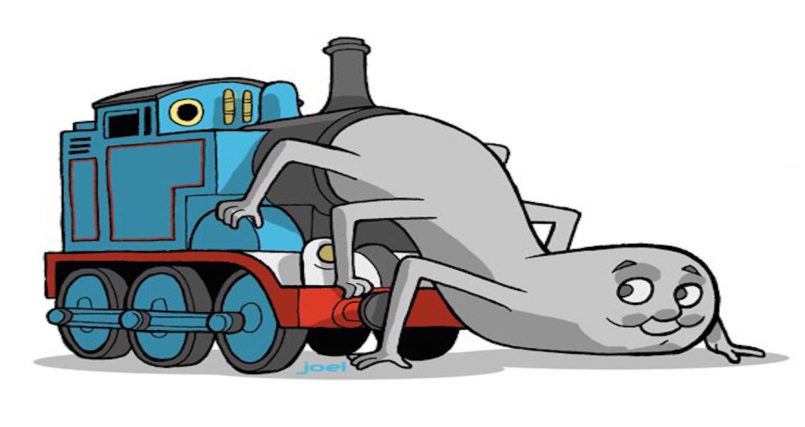 (This does not help.)

Dana Loesch, Tucker Carlson, even Alex Jones aren’t crazy. They’re entirely aware that they’ve built a business model that profits by pandering to their fellow racists and other assorted bigots

The problem that these folks (and Rush, Milo, Ann Coulter, etc) all run into is that while bigoted fear-mongering conspiracy-laden screaming is a great way to make a lot of money really quickly, once you’ve gone down that road, you’re stuck. You can never go back or show the tiniest bit of hesitation, or your audience is gone immediately. All you can do is keep ramping up the volume and intensity of your pandering to desperately keep people’s attention, while not going too far (i.e, Milo, who thought that going full Nazi-pedophile would be a good business plan).

I laughed so hard at this.

Illustrated by Will Eisner, creator of The Spirit. 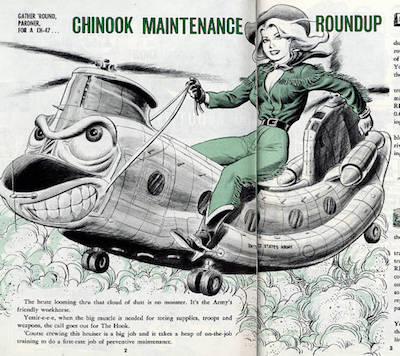 I recommend he rides the train from Bucharest (Gara du Nord) to Chisinau at least once in his life, preferably during a full moon, so he can see the Danube from the crest of the valley, and experience the train being lifted off the tracks as they change out the wheels to fit the different gauge.

Remember who it is for. It’s not for YOU.

It’s always easy to hate what you have no experience with.

…how did they make the “logical” jump from diversity to Klan hoods?

I mean, I’m looking at this picture and I’m really, really struggling to understand how in the world there isn’t any diversity in any of this. [Cue Thomas-in-KKK garb illustration now] Oh, was it because, I see it. It was the white hoods. And the burning train tracks. OK, fine, fair point. Fair. I get it. Thomas the Tank Engine has been a blight on race relations for far too long. Clearly this is overdue. Right?

It’s supposed to be sarcastic snark. The world’s most slow-moving, leaden, dead-on-arrival snark. If average snark is whipped cream, this is masonry.

What does all that say about the way NRA TV regards its own audience?

I’m increasingly of the opinion that we need a succinct, pithy term for the “crazies”, by which I mean people who aren’t actually mentally ill or anything, but who’ve maneuvered themselves into counterfactual and irrational worldviews that they’re no longer fully engaging with reality.

I mean, there’s probably nothing clinically wrong with most QAnon believers, for example, but I can’t describe anyone buying uncritically into that stuff as “sane”, either.