Angry at Kenyan train in Thomas the Tank Engine, the NRA posts picture of trains in Klan hoods

When I jokingly pointed out that Sodor was a fascist dictatorship, I didn’t mean for the NRA to double down on it.

I was talking about this with my brother-in-law recently; my nephew used to be a rabid fan of Thomas, until an episode in which one of the trains was being very lazy and Not Very Useful, so Sir Topham Hatt walled up the train in his tunnel to teach him a lesson. And not just a side-tunnel, but a tunnel from an active rail line. So they made an entire line unusable while they taught a train a lesson by puling a Cask of Amontillado on him.

My nephew watched the episode in stony silence and then said, “Dad, am I useful enough?”

Why was this on NRA TV? (I mean, I know why, but…) Wouldn’t their complaint be that this show about fictional rolling stock doesn’t have enough (if any) firearms?

my kids never watched the show. They just like playing with the toy trains at the bookstore so much we eventually got our youngest one of these things… 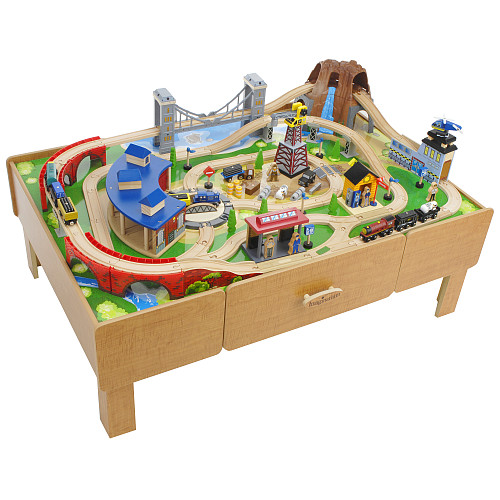 By the time he was 5 he had moved on to video games.

The two most racist things that one could possibly do in their world are 1) point out racism in the real world and 2) encourage diversity. It is a bizzaro world approach to race relations, but I guess it works for them.

The video is so dumb I feel like watching it has lowered my IQ. It’s just a bunch of random knee-jerk “No, I am not a racist, but…” talking points strung together, making no point and going nowhere. And somehow showing Thomas in a KKK outfit, like that’s going to clear anything up.

The scariest part, though, is that a fair-sized group of people (the people making NRA TV) apparently thought this would connect, resonate, or persuade enough people to be worth pursuing. The producers know TV and their audience better than I do, so they’re probably right.

So the NRA is making its links with white supremacists completely overt rather than subtext. Saves us the trouble of pretending to take their POV seriously.

Or is lynching black people part of free expression now?

So you watched it? I can’t stomach the idea. So tell me, how did they make the “logical” jump from diversity to Klan hoods?

The NRA has finally gone off the rails.

Standard right wing fear and loathing b/c their delicate comfort level of sameness is being pushed. 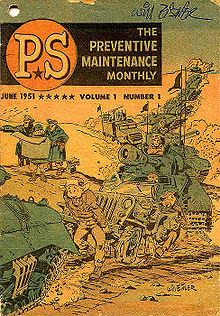 PS, The Preventive Maintenance Monthly is series of United States Army technical bulletins published since June 1951 as a monthly magazine with comic book-style art to illustrate proper preventive maintenance methods. The magazine's title derives from its being a "postscript" to technical manuals and other published maintenance guidance. The Army had experienced some degree of acceptance and success during the Second World War with the instructional publication Army Motors, for which Corporal Wi...

Or is lynching black people part of free expression now?

Hopefully not yet. But, you know that if KKK or some other bunch of deplorables actually went and lynched a PoC, it would be Sarah Huckabee Sanders who would announce that the President strongly condemns the crime. Because no one in the White House would trust Trump to actually condemn the lynchers without some “fine people on both sides” shit, or starting to ramble about how big his inauguration crowds were.

Simple question for the NRA: What does this have to do with guns?

All of this is stupefying, but this stuck out in particular: “Thomas the Tank is now bringing gender balance to the show by adding girl trains…seriously.”

I understand that Ms. Loesch is almost certainly being disingenuous and couldn’t care one way or the other about a children’s train cartoon and is only using this to press the buttons of her fascist wannabe audience, but it’s hard to even wrap your head around what they’re supposed to be mad about as a premise here.

Sure, everyone can accept a talking boy train, but a GIRL train? Seriously? What will these Hollyweird executives try and pull next!?

Well done! Usually it’s the mention of ocean life that triggers the pun-ditry around here.

My son watched this show for all of a couple months when he was 3. He didn’t really care for it, but I liked hearing the dearly departed George Carlin doing the voiceover work for the batch of episodes our local PBS station had been showing. I’m sure he’s spinning in his grave hard enough to generate electricity in an order of magnitude greater than the full collection of turbines at Hoover Dam by now.

walled up the train in his tunnel

That would be Henry. 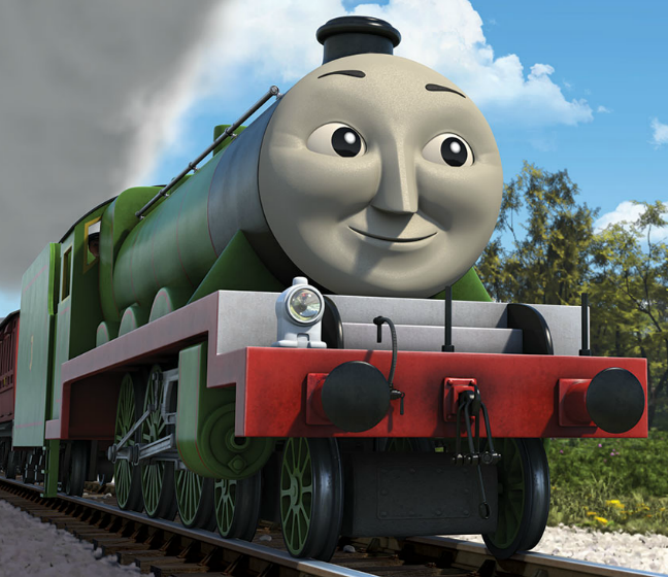 Henry is a green mixed-traffic tender engine who works on the Main Line. He was originally a failed prototype engine, and needed special Welsh coal to operate properly. Following his accident when pulling The Flying Kipper, Henry underwent an...