That’s a bit unfair. Fairy forts/rings is just the colloquial name for old Celtic ring forts. Which exist, And often cause issues for road construction there’s a lot of them and they’re archological sites. But the Irish like to build highways in and around them. So they end up putting roads through bogs.

There’s one on my family land in Offaly. Pretty much the one part of the old family farm they didn’t build a highway overpass on.

The MP being quoted appears to be worse than Trump.

John Walsh On Monday: Irish road side-tracked by the fairies' right of

I'M VERY glad to hear that the Irish Motorway Fairies imbroglio has been successfully resolved. It's a curious story. In Co Clare in the Irish Republic, the county council met to approve the construction of a motorway that would bypass the towns of...

If there are fairies… THEN THERE MUST BE ELVES!

Think about that people!! ELVES!!

It’s really just a cover-up to deter construction in the area. Don’t want them to find the pots o’ gold, ye know.

Or the bodies of all the orphans starved by nuns… http://www.cbsnews.com/news/catholic-orphanage-childrens-mass-grave-found-county-galway-ireland/

We wants the money, Lebowski.

The MP being quoted appears to be worse than Trump.

I can’t quite figure their angle. I mean a big chunk of it is “stick it to them up in Dublin” and they get the gombeen voters out for that.

Also seeing as nobody would let them do any actual work in the Dáil, not that they would do it even if they were let, they can devote their time to constituency clinic work which achieves nothing but gets their first preference vote out.

And then there is the family as a group of people engaged in pure and simple graft and corruption which is a real driving force for them. That and taking any opportunity to appear in the media - particularly by saying the most outrageously stupid thing they can say. Which given the idea free zone which is their heads is usually pretty outrageous. This family regularly gets international attention for saying stupid things like drink driving is fine if you live in a rural area (they have pubs and Ireland’s relatively low road death rate - higher than the UK, lower than most of continental Europe and the US - is pretty solidly connected to drink driving not being socially acceptable),

Mostly it’s just trolling and attention gathering. He and his family have been “them up in Dublin” since the 90s. His father was an election manager for the largest party in Ireland in that region for decades. They wouldn’t further his ambition by putting him up for a seat (as he was nakedly a gombeen man and not anyone you’d actually want associated with you) so he ran as an independent and used his network to deliver the vote for himself. So obviously fairly astute in a rather limited, venal, corrupt, self-serving, ethically absent way.

But even when independents held the balance of power nobody would associate with him. Or his sons. At some point you feel the joke must wear thin on the people of Kerry, but given they elected any of the gobshites at all who can tell?

This is what comes of not putting a saucer of milk out on the side of the highway every night.

Party at Ryuthrowsstuff’s Celtic ring fort!!! I mean, okay, they’re archeological sites but party right next to it!!!

Have you ever spent an evening with archaeologists at a dig site? They know how to party like it’s 1999 BC

Fairies enough, anyone got coordinates? I’m coming to Eire next week.

Trump would use that excuse, except, you know, it’s fairies, which means something else for macho Trump.

I may have also been to the one pictured in the post. It may have been filled with drinking, smoking teenagers. But I’ll never tell.

Drinking from a can in a bag amid a world heritage site seems to be the Irish equivalent of our American keggers and beach parties.

I find this considerably less nonsensical than the idea that homosexuals caused floods in Somerset. 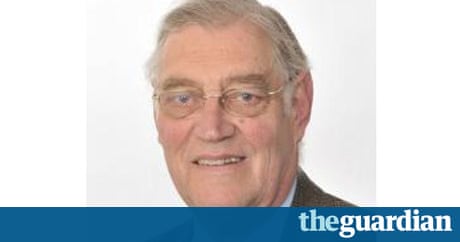