I looked at theirs, but I’ve been pretty happen with the RAVPower that is generally a little more inexpensive than the Anker’s. I have the 10400 mAh unit and it has been awesome. Tech support is even better – I complained on Amazon in my review of the product because the AC unit blew (not included with the Anker unit) – and within a day, I received a call about my review asking for my current shipping address as they didn’t want me to be out. I was on vacation at the time and they told me they’d overnight it – and they did. A much better unit that had much higher power output and a sensor to ensure that it wouldn’t overheat.

Even better was that I got a call a few weeks later telling me that the AC unit was going to be replaced in all future releases and that they would replace anyone else’s that asked. Thats what I call customer service.

I keep this one in my motorcycle bag at all times because it is perfect for riding and not having to worry about having juice in my phone when I’m a few hundred miles away and its my only navigation. 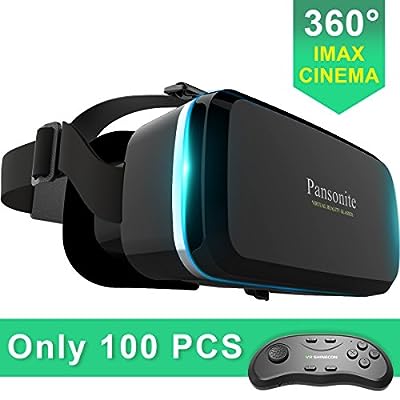 I was carrying an Anker Astro3 and bought/tested an Anker Astro Pro2, but actually ended up moving to a Limefuel L156X Pro, which is what I carry around in my backpack.

If you need 9/12V output, then the Pro2 is the way to go, but otherwise, for everything else, having tested a bunch of stuff, the Limefuel was obviously the best.

Motorcycles should come with a couple of USB charging ports. One near the handlebar for GPS and such like and one in the luggage for phone, iPads and so on. After all, they’ve already got big batteries and a generator built in.

I agree with you, but it’s an easy add on: http://burnsmoto.com/usb-power-socket-weatherproof.php

Motorcycles should come with a couple of USB charging ports… After all, they’ve already got big batteries and a generator built in.

I spent a few months rewiring my bike as I had time to do so over the spring. One of the big things with bikes is that they don’t really have the generators /alternators like cars do. On the bike forums, you find folks trying to squeeze every bit of juice that they can find because it really isn’t there. The bike I bought had a few after market parts and I realized why the guy had tricklecharged it every night…because it needed it.

The next thing I’m working on is going to be to upgrade to LED lighting as I can drop the current power consumption in half. Maybe then I’d be able to use the heated grips that were on the bike when I bought it! However, with the way things are now, having a USB device plugged in to the bike (I have a cigarette adaptor type), as I go under 3000RPM, I lose enough juice that my phone can’t charge and it dims the lights. On long nonstop trips, it isn’t bad. However, if I’m in stop and start traffic, it gets to be a problem. I’d rather have an extra battery that I wouldn’t have to worry that if I stopped somewhere, I’d have enough battery to get the bike started again.

That said, I’m thinking of one of these as I’ve carried jumper cables in my bags for a while because of the low voltage.

I spent a few months rewiring my bike as I had time to do so over the spring.

I did it because mine is a BMW. If you haven’t spent hours with a tester in one hand, beer in the other, you are not an Airhead owner.

I did it because some jerk broke into my locked garage while I was asleep, tried to hotwire it and when they couldn’t, cut all the lines. And no matter what I did, I couldn’t get the thing to power up. Turns out there was an inline fuse that blew during the process that wasn’t on the diagrams that once I posted online about it, others said Yeah, Diagram Is Wrong.

Annoying. Still it gave me a lot of insight to how the damn thing is put together and what I’ll need to do to get the LED upgrade next. And what not to tie into if I want to add accessories to the bike (or more specifically, add the ones that were on it back to it right so that the damn thing will start!)

I have a Vstrom…I might have to get my '78 Goldwing back on the road one of these days as soon as I decide what I want to do with it. Thinking cafe…

Could the lead-acid battery be replaced with a pair of model-grade Li-poly cells? The Hobbyking cells are able to provide lots of amps when needed, hold charge well, and have higher power density so you could cram more amp-hours to the old lead one. Would need a batery management circuit, though…

The USB chargers need 6+ volts on the input; usually they are a buck converter, the cheaper ones based on MC34063 chip. What about rewiring it to be buck-boost, so it can work from lower voltages too? Maybe a voltage cutoff (with a hysteresis) so it takes juice only when there’s enough available?

I think the bigger problem would again be filling them back up. I might get more hours, but I’d be stuck with the trickle charger on just about every night.

I know a friend that upgraded his battery to a tiny LI-ON and it is awesome. 1/10th the weight / space and more cranking amps. Not sure what he did for circuit management (electronics really are a foreign concept to me…programming I know…the hardware side of it, no).

Maybe some additional electronics that will suck juice from the onboard generator, at just the right amps where it can give the most power (with the best combination of volts and amps) and then upconvert it for the battery charger? These circuits are common for wind and solar power.

You might actually be able to fit a cafe on the back of a Goldwing.