I’m in favor if they all have to get together and do the “Whoa Bundies!” cheer.

The Right Wing Loonies are riding the pet pig naked around the back yard and shaking a fist at the GOP god in the sky!

I’d be up for going, I’m sure Cliven Bundy and the militias will appreciate my views on how Emma Goldman’s and Peter Kropotkin’s texts apply today.

What do you mean, they are not that kind of anarchist!?

(On a more serious note, I really wish I could go to Burning Man. It’s unlikely to happen though, my health is too poor and I wouldn’t cope with the heat during the day.)

It’s definitely weird that the old “law and order” GOP of 1968 has traded places (somewhat) with the hippies of that era by saying “to Hell with the government!” and the liberals are the ones who have to be the adults in the room.

Too bad it’s a joke, I would like to see the militia deal with 50,000 naked partiers. Something tells me they won’t shoot the women first, especially if the women are walking around wearing nothing but body paint.

“Check her body paint. Faded San Francisco Arte Nouveau. She must be an oldie.”

I thought the photo of Ted Bundy in the video was clever.

Don’t forget, there’s all the FREE range beef you can kill, butcher, and eat! After all, you’ve already paid for it with your taxes!

Unlike Clive Bundy, I respect the law, so I won’t steal his cattle. Additionally, I don’t think he’d understand the justice of American taxpayers helping themselves to the beef that they’ve already paid for. He doesn’t think that deeply.

I know that feeling. Parkinsonians conditions can such all the fun out summer activities (so I’m learning).

When you consider that Bundy owes a MILLION DOLLARS in unpaid BLM fees, then it suddenly seems like he’s not paying simply because he doesn’t have the money, and all this anti-big-government rhetoric is a smokescreen and/or last ditch effort to get out of the mess he got himself into.

With that in mind, maybe we could hold “Bundyfest” and charge admission . . . so the liberal freaks end up saving his ass and he is eternally indebted to the loony left.

Now here’s what I want to know. Why have we been buying all those APCs for the law, if they won’t even use them when there’s an army of terrorists assembled?

He’s really making his supporters proud now that they gave him a platform. 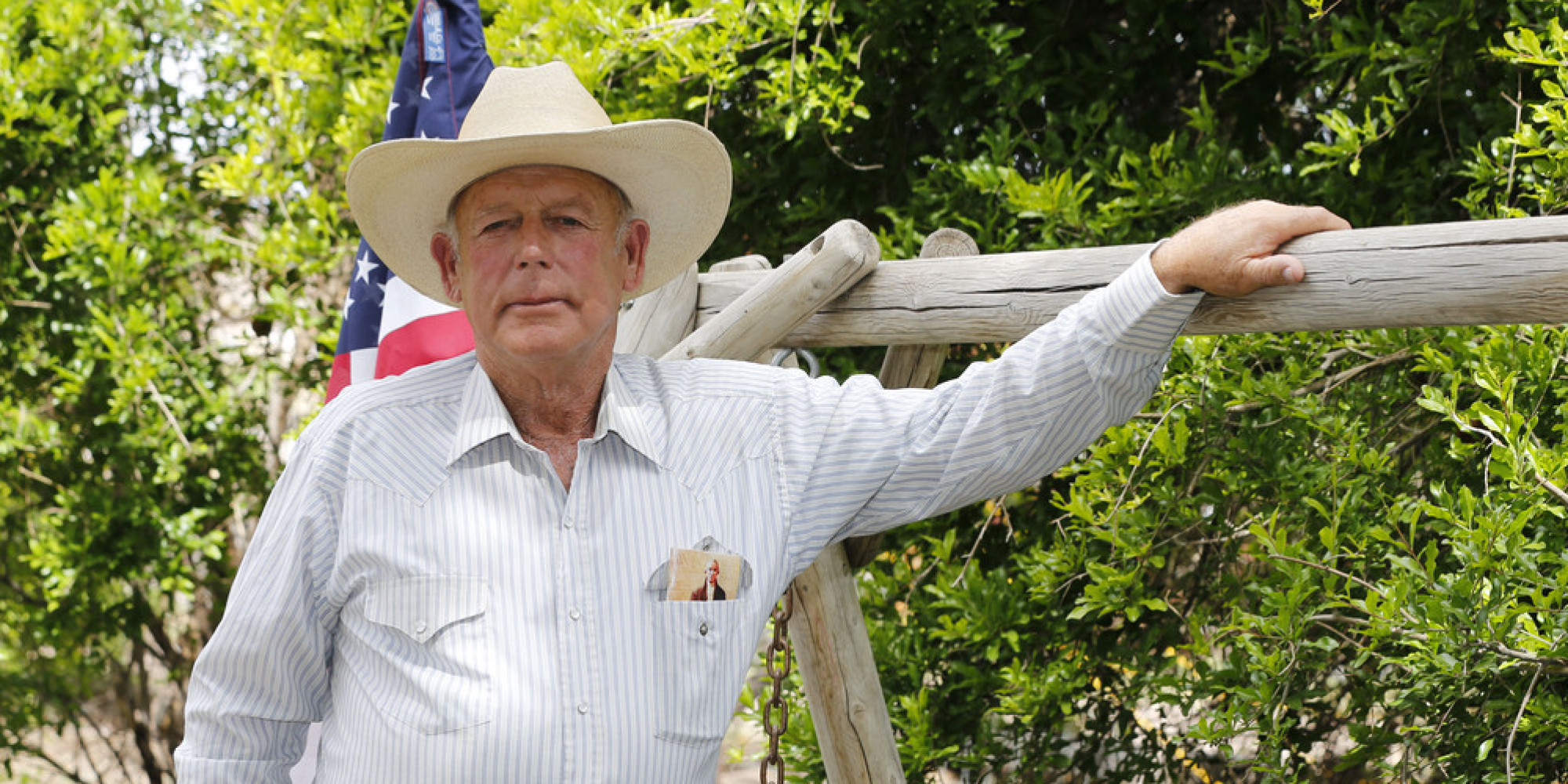 Cliven Bundy: Are Black People 'Better Off As Slaves' Than 'Under Government...

Nevada rancher Cliven Bundy, who was involved in a

“I want to tell you one more thing I know about the Negro,” he said.
Mr. Bundy recalled driving past a public-housing project in North Las
Vegas, "and in front of that government house the door was usually open
and the older people and the kids — and there is always at least a half a
dozen people sitting on the porch — they didn’t have nothing to do.
They didn’t have nothing for their kids to do. They didn’t have nothing
for their young girls to do.
“And because they were basically on government subsidy, so now what
do they do?” he asked. “They abort their young children, they put their
young men in jail, because they never learned how to pick cotton. And
I’ve often wondered, are they better off as slaves, picking cotton and
having a family life and doing things, or are they better off under
government subsidy? They didn’t get no more freedom. They got less
freedom.”

Even Hannity couldn’t take this bile, he actually told his producers while playing a clip of Bundy “Just turn it off. I don’t want to hear it anymore. It’s obnoxious, ignorant.”

I wonder what personal philiosophy he is expoun…

Now here’s what I want to know. Why have we been buying all those APCs for the law, if they won’t even use them when there’s an army of terrorists assembled?