So that’s why the IOC eschews brown M&M’s.

Read the bizarre Olympic Committee demands that led Oslo to pull out of the 2022...

They just want to make sure that you’re doubly competent.

Yeah, the more I read, the more I’m inclined to believe my initial suspicions were wrong. ¯_(ツ)_/¯ 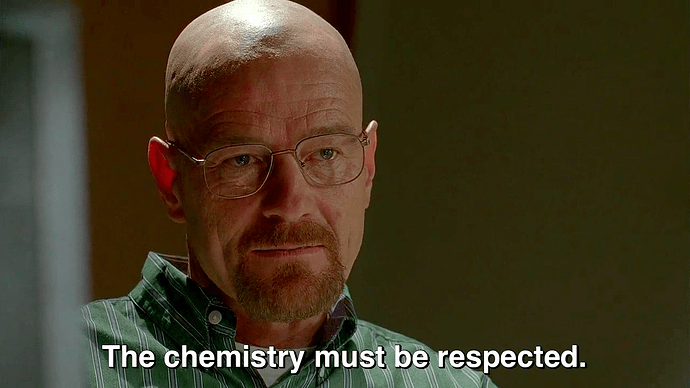 This Mr. Andrada appears to be angling for “First man in history to be killed by angry mob of analytical chemists” here.

(Even worse, he could have just gone with ‘even apparently trivial ecology isn’t’ and nobody would have had to get hurt.)

Just rewatched this ep when I turned our teenager on to the Blackadder series. I freakin’ love “Bladder.” Well written show. 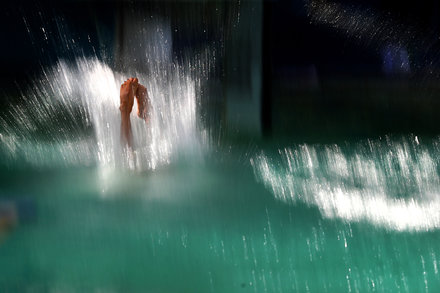 What’s happening, and what’s going to happen, at the Summer Games in Rio today.

“RIO DE JANEIRO — Olympics officials on Saturday gave what they said was a definitive explanation why the water in two competition pools turned green this week. Someone, the officials said, mistakenly added 160 liters of hydrogen peroxide on Aug. 5, neutralizing the chlorine and allowing the growth of “organic compounds” that might have included algae.”

Crikey. I know zero about running a H2O2 pool. Nada, zip, zilch, null, wall to wall bugger all. I know it’s infinitely preferable to chlorine to swim in, as it is not a carcinogen but still definitely a biocide.

Those poor sods, the athletes. Their eyes were burning from a different oxidizer: H2O2 and not Cl.

Yeesh. The sodium hypochlorite with peroxide is a well known reaction. It basically makes table salt and oxygen, and a lot of heat. No wonder the algae was having a good time, they were neutralizing the disinfectant. I wonder how much peroxide was ultimately in the water though, if there’s algae it can’t have been much since it can kill algae, too.

Have they investigated the Irish swimming team yet? 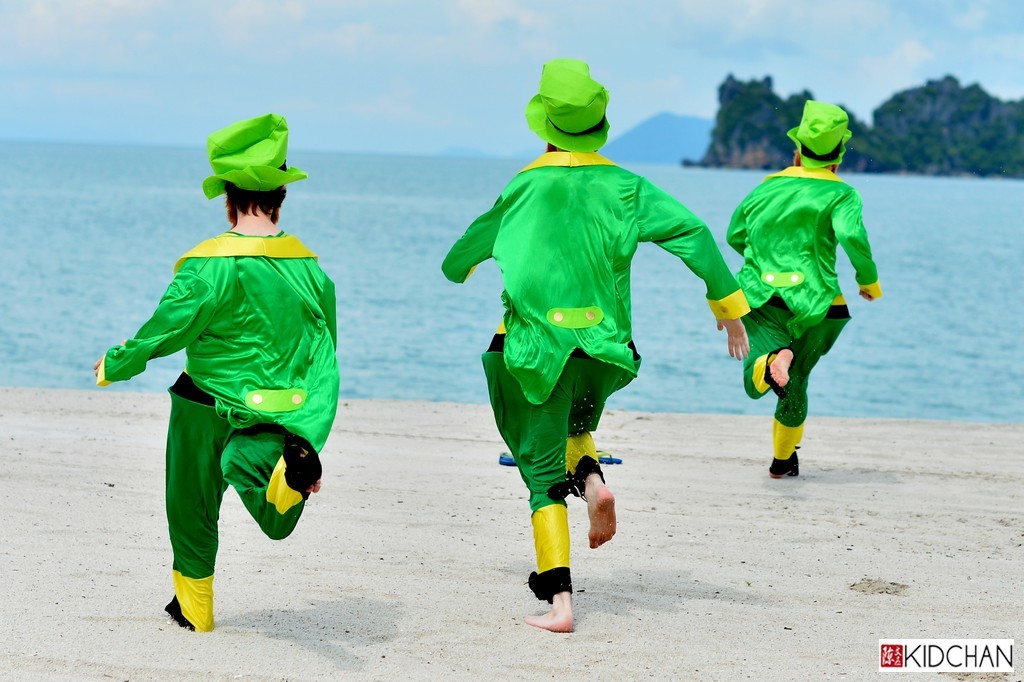 The Irish only do that on St Patricks Day. 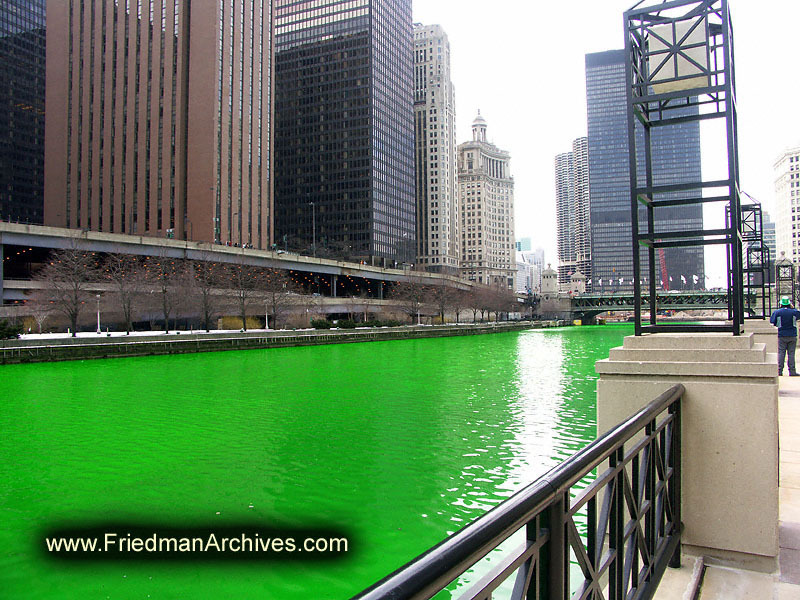 St. Paddy’s comes but once a year.

In China, luridly green water is just the gift that keeps… on… giving: 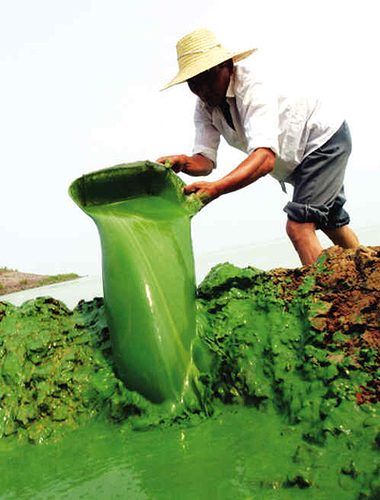 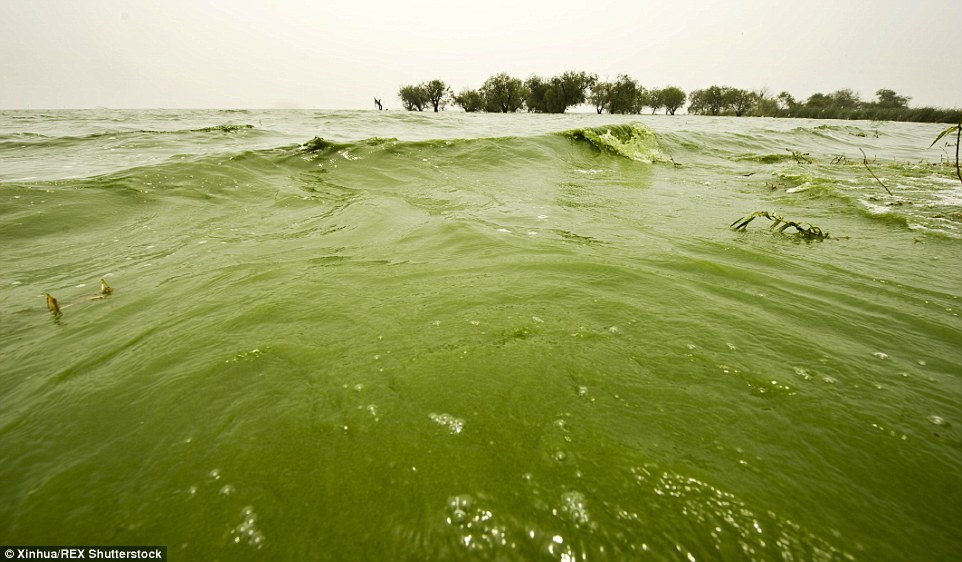 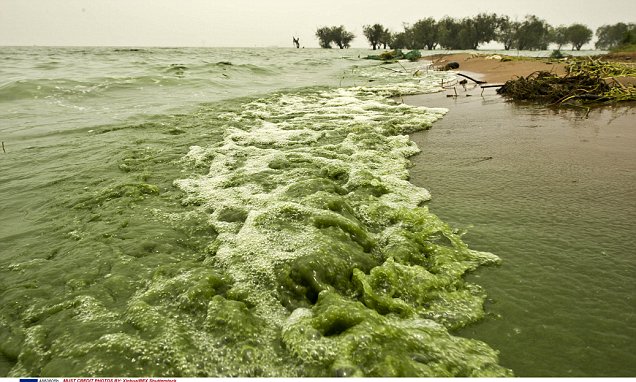 Chaohu Lake is affected by the algae problem every year. It's one of the most polluted bodies of water in China with the regional government spending billions trying to fix the problem. 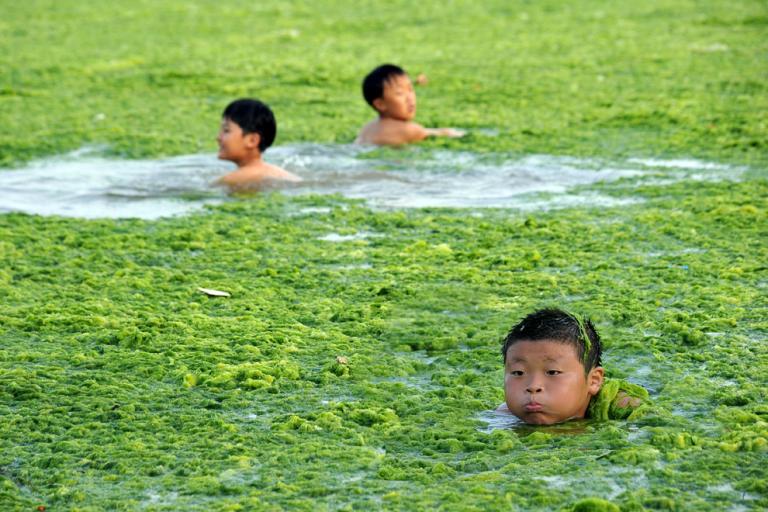 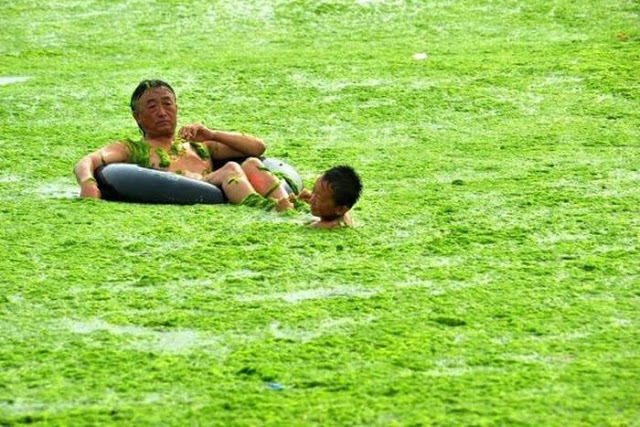 Any U.S. citizen who wants to whine about that awful terrible bad ol’ U.S. Environmental Protection Agency needs to go to China first, attempt to drink their tap water, and hang out near any large body of water, outside. Bonus points if it’s a typical bad air pollution day: 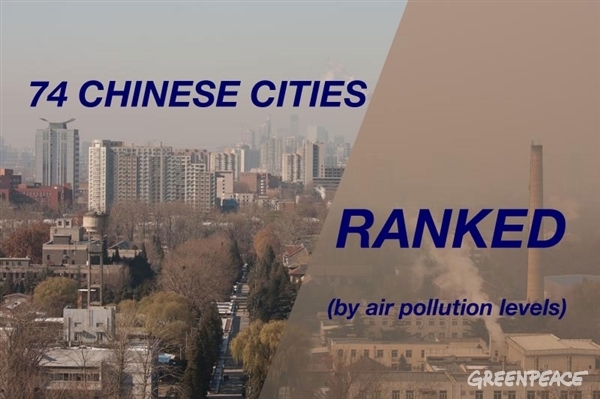 I’ll be back k before you can say antidisestablishmentarianism.