From the Guardian article:

Maryam Namazie, an Iranian-born campaigner against religious laws, had been invited to speak to the Warwick Atheists, Secularists and Humanists Society next month. But the student union blocked the event, telling the society that Namazie’s appearance could violate its external speaker policy.

In an email to the society’s president, Benjamin David, a student Union official said the decision had been taken “because after researching both her [Namazie] and her organisation, a number of flags have been raised”.

It went on: “We have a duty of care to conduct a risk assessment for each speaker who wishes to come to campus. There a number of articles written both by the speaker and by others about the speaker that indicate that she is highly inflammatory, and could incite hatred on campus.”

Talk about passing the buck.

Heard about this through the grapevine: 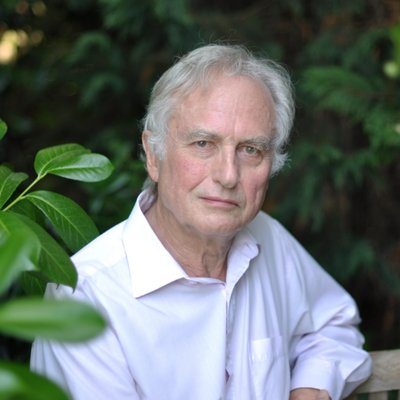 @RichardDawkins
““We have a duty of care.” If anyone’s “offended” they can stay away. Give them a “safe space” & some crayons. change.org/p/warwick-stud…

Where does cultural sensitivity end and plain victim blaming begin? We can’t let you speak about how to bring an end to the conditions which lead to violence because people invested in the system which proliferates violence will use violence to stop you speaking in order to perpetuate that system. Of violence.

My head is spinning.

Well I have to say she’s a bit extreme for my taste. Fortunately, my taste does not matter one bit. I suppose the university has a right to set whatever policies they want, but it would be great if supporters found an outside venue the school doesn’t control. That way, everybody gets what they want, except extremists.

She strikes me as one of those overly-paranoid zealots that gets upset when Muslims use their right to contract to create religiously-based agreements and then pretends that it’s the same as Sharia taking over the world, SAVE THE CHILDREN. That being said, when I first read the description, I thought the Union’s concerns were that there had been credible threats made and that it was a tremendous risk to the university to have the speaker. If that were the case, I don’t think it’s out of line for the university to make a pragmatic safety decision. It sucks, but it falls within the realm of reasonable and prudent behavior.

In this case, however, they simply didn’t like what she had to say. I think that’s unacceptable for a university. I don’t attend a university so that I can only hear what I expect to hear, and learn what I want to learn. I’m all for letting people say stupid shit and subjecting them to the ridicule they deserve. I don’t smack the Bibles out of street preachers’ hands while they accuse all the passers-by of being whores who have sex with Chewbacca, I’m not going to do it to someone who’s better dressed behind a podium just because some gullible people think it confers upon them any authority whatsoever.

This article demonstrates an unfortunate trend in the UK, towards accommodating the hurt feelings of fundamentalists. If Salman Rushdie were to write the satanic verses today, the death threats would be treated as evidence that he’d been inciting hatred, rather than demonstrating his need for protection from attempts on his life.

We suffer from far too much wooly thinking about these issues, and too little robust defence of values like freedom of expression, thought and conscience.

Let me try the old example:

“I’d like to offer you room and board, but I can’t. It’s not that I’m racist, but all my other customers are and they might hurt you or, heaven forbid, my business if I allowed you to stay here. Maybe you can try down the street.”

You can either take part in a fair society, or help make it unfair through inaction.

This topic was automatically closed after 510 days. New replies are no longer allowed.