There is a case to be made that they are small doses of bad things to stimulate a response, this matches up with the observation that large doses seem to be bad. Even 2g of vitamin C timed with your workout can prevent strength gain, for a simple example.

I was worried for a sec that this means – gasp – I should stop drinking green tea, my recent coffee substitute. But no, I don’t have cancer. And it’s not packaged in supplement pill form. And, wait, is there more? Oh well, I suppose tomorrow’s news will bring some other health reversal. (Is it lifting weights or running that keeps brain weight up? Um…)

I just spit 3 of them out into my coffee, thanks.

I am reminded of people who have caught cancer from radiation therapy for cancer…Turns out the human body is complicated and simplistic answers are often partly wrong even if they are partly right.

When I am plagued by free-radicals, I just check in to Shrublands for a quick rubdown with mink gloves from Patricia Fearing…

I wish I could see the original study. I’m not much of a scientist, but I can usually figure out what’s going on in a paper.

Because the Ars Technica article is an example of the worst in science reporting. Plenty of cute phrases like “molecular massacre,” but almost no actual facts at all. I read all the way to the last line to find even a hint of the dosage used in the study. One would think dosage is important? Even there, it’s only a hint.

As far as I can make out, the headline is not supported by the research, and probably false. It should read, "Massive doses of antioxidants protect cancer cells," which has been known for decades.

I am reminded of people who have caught cancer from radiation therapy for cancer…Turns out the human body is complicated and simplistic answers are often partly wrong even if they are partly right.

The last link posted is the research paper no?

Really? I just clicked the .pdf and voila:

That was how I started many days when I was going through chemotherapy. At first I lost my appetite but then the wonder drug Zofran kicked in and at restaurants I was asking friends, “Are you gonna finish that?” and they’d say, “I don’t know. The waiter just put it down.”

It’s nice to know I was doing something right.

foods in which their found

Really? I just clicked the .pdf and voila:

When I click your link, it brings me to a page with the following option: 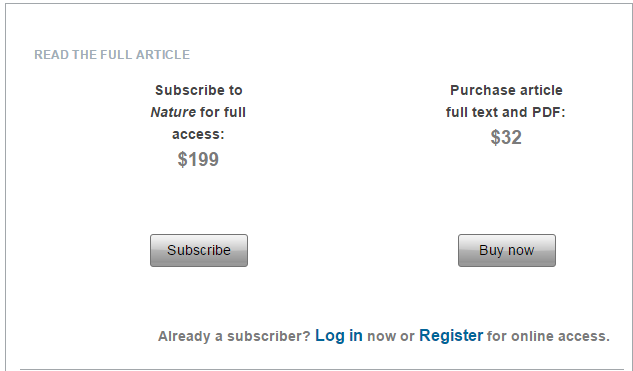 When I click the link from the original post, it automatically loads up an “enhanced” PDF version, which crashed behind my work firewall but works from my home PC (looks like Nature has some sort of study sharing initiative that doesn’t work with direct links, but works if linked from a BB post, good for them). BUT, that’s a study in the journal Nature, which is a different study from the main one discussed in the post (which is in Science and Translational Medicine) - that study appears to be the second last link, and it’s behind a paywall for reals.

Huh… weird. I for sure don’t have a paid account…

No, as I said - if you click the link from the original post on the BB homepage, it loads up the Nature study. But clicking the link you posted here in the thread, it brings you to the paywall (because the referring page isn’t the BB article, it’s here on the BBS). But again, neither here nor there since the Nature study isn’t the actual pertinent study here any way.

There’s good evidence to support the idea that the anti-oxidants in
their diet are protecting them from cancer by attacking mutation-causing
free radicals.

Fifteen years ago, that was a popular theory, but the science since then does not back that up.

That’s some fresh meat! I’m pretty sure I see a heart beat in that bacon…

Here is a snap of the abstract, for those who mysteriously get shunted into a paywall: 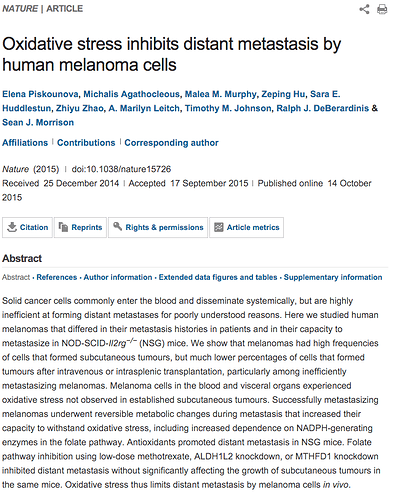