The level of production and sales is sustained because there are people who collect guns the way some people collect vintage cars or Lego kits or jewellery. I mean they buy more than they objectively need, like I do with cameras. I’ve got at least 12 working cameras because photography’s been a hobby for decades. I hardly ever use them but they are kind of fun to own.

There aren’t good stats on gun ownership because federal law restricts funding for collection of that information. However general surveys indicate that only about half the households have a gun at all. Therefore guns are concentrated. It wouldn’t suprise me if the Pareto Principle operated, meaning that 80% of the guns are owned by 20% of households.

He is denying the use of white supremacist imagery by the company not saying he is unaware of it. Although he does earlier say he is not familiar with the image.

Yeah none of that makes me feel any better. Having 65 million people or so stockpiling 400 million firearms is still a bad thing. I understand collecting. I own 3.5 guitars and I can barely play any of them. The thing is, though, that my guitars aren’t designed to kill.

The Ásatrúarfélagið in Iceland is constantly having to defend itself and iconography against white supremacists who want to hijack their beliefs. They like upsetting the Nazis by pointing out the cross dressing and gender fluidity in Norse mythology. 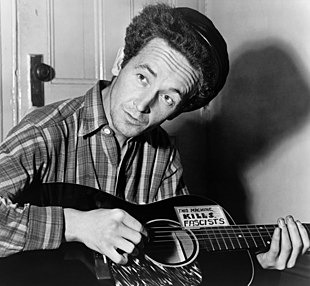 People in Iceland don’t wear those symbols though. It’s a bit Americans wearing things with shamrocks (or worse four lead clovers) because their grandparents were Irish, no Irish person would ever wear them.

I don’t know about Iceland, but I have some (recently immigrated) neighbors from Finland and the young boy likes to wear a Mjolnir necklace. I don’t know if he only picked that up after moving here but he’s a first-generation immigrant and not into Marvel movies.

The thing is, though, that my guitars aren’t designed to kill.

As we’ve seen time and time again on this forum and others, this is a fact that collectors of firearms will bend themselves into pretzels not to admit.

Manufacturers of AR-15 platform weapons in particular play to the mentality of the obsessive collector. Not content with selling them a deadly item they have no real use for, the companies also sell a seemingly endless offering of accessories and customisations. Also, the companies play to the fantasies of the collector, whether it’s allowing them to pretend they’re a pulp action hero or, in this case, a white supremacist guerilla.

Exactly. This isn’t an ad for a smorgasbord restaurant.

Scandinavian mythology is not particularly Finnish, though.* Unless he is expressing an identity as a Swedish Finn it probably has more to do with metal music than mythology.

* To head off the nitpickers: there is probably a lot of influence from circumpolar people that include the Fins and the Sámi in Scandinavian mythology that’s expressed in shamanistic elements etc., but this isn’t what I’m talking about here.

Unless he is expressing an identity as a Swedish Finn it probably has more to do with metal music than mythology.

The main god in Finnish mythology is Ukko, a god of thunder who wields a hammer. And the pendant of that hammer looks a lot like Mjolnir. So maybe I just got the name wrong. 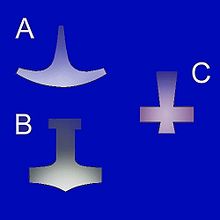 Ukonvasara, or Ukonkirves, is the symbol and magical weapon of the Finnish thunder god Ukko, similar to Thor's Mjölnir. Ukonvasara means hammer of Ukko; similarly, Ukonkirves means axe of Ukko. It was said that Ukko created lightning with Ukonvasara. Ukko's hammer was probably originally a boat-shaped stone axe. When stone tools were abandoned with the advent of metalworking, the origins of stone weapons became a mystery. Stone axes, so-called thunderstones (ukonvaaja in Finnish), were found in ...

As far as I know the kid isn’t into heavy metal music. And the family definitely isn’t Trump fans either. I certainly hope they aren’t secretly fascists and will give them the benefit of the doubt unless more evidence comes to light.

The gun commercial is a different situation though. No arguments against what AOC is saying there.

And just like we don’t allow cigarette makers to advertise to kids, gun makers shouldn’t be allowed to prey on these mouth breathers with racist fantasies. Both cause cancers to our community.

Once a symbol has been poisoned by hatred, there is no ‘reclaiming’ it:

I wouldn’t give up the fight. Taking over iconography is an important power play for right wing groups. Don’t let them have the power.

Back in the 80s-90s there were direct pushes to take away racist skinhead symbols that were mostly successful. That being said - the overwhelming consensus was to leave the swastika in the dustbin at least as long as there are any WW2 survivors still around.

On top of that - in the case of the Valknot - this is a real religious symbol that modern Pagans can have deep spiritual connections with. Again, don’t let the racists have the power to define these things.

I wouldn’t give up the fight. Taking over iconography is an important power play for right wing groups. Don’t let them have the power.

It’s certainly a lot more fun to piss off the right wing manbabies by using some of their favored iconography and characters in ways that drive them nuts. For example, making popular movies where certain Norse gods are black or gay or otherwise unacceptable to bigots.

My Vegvisir t-shirt came from Iceland. My sister sent it to me as a gift when she was visiting there.

Or taking the rainbow, once a symbol of Christian bigotry, and turning it into one of Pride.

Or taking the rainbow, once a symbol of Christian bigotry

Not just bigotry, a reminder from god about the biggest genocide in history.

Whenever I bring clouds over the earth and the rainbow appears in the clouds, I will remember my covenant between me and you and all living creatures of every kind. Never again will the waters become a flood to destroy all life.

Doesn’t this depend on the rate you throw them in the river?

Don’t let them have the power.

Thanks for that ever so useful and completely viable advice; of course the onus for defeating scores of years of fascist racism rests singularly on my shoulders.

You have a great day, now.

Doesn’t this depend on the rate you throw them in the river?

A lot of them are aluminum, and will take quite a long time to become unusable in that manner.
Best to melt them down and make them something more useful.

Regarding symbols and assumptions: I don’t usually produce final judgement on a person based on a single symbol tattooed on their body* (or hanging around their neck as a pendant, etc.), but I take it in context of the person’s behavior, other visible markings, and if they are talking, what they are saying.

I used to hang out with a group of pagans that worshipped Loki, and attended a few pagan-centric events in my city- about 90% of them were friendly, but at least one of them I had pointed out to me that I was essentially not to interact with them, because they were a racist and well known as such to the rest of the group I was with.

There are plenty of jewellers in downtown Reykjavík where you can pick pieces up; and you might see some of them worn by followers of Ásatrú which is an officially-recognised religion in the country. Though Icelanders generally are nearly as irreligious as the Norwegians.