Apple's London headquarters to be housed at Battersea Power Station

I like this version of the story, with its personal connections, better, but still:

But they plan to pay all their taxes or will they continue to scam them?

Apparently they will be occupying six floors in what used to the be the boiler room. You read it here: Apple to be part of boiler room operation by 2020.

Not saying there is any link but the Cybermen used Battersea as a conversion centre in Doctor Who.

So apple is running business out of a power station now, eh?

And I believe Pink Floyd used it to float a giant pig balloon for the cover of Animals. 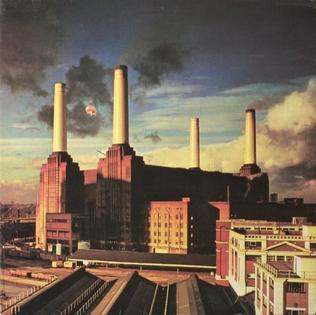 Yes, they paid their taxes. Ireland is just an international version of Delaware… imagine if the federal government told Delaware that they weren’t allowed to have a lower tax rate than the other states and forced them to collect money retroactively from all the businesses that had incorporated there.

It’s less like the delaware situation, and more like the land of ire decided that specially chosen businesses get special rates for the sole reason that they brought in more money than other businesses of comparable size/value to society.
Which is illegal there. Apparently.

I don’t personally support the idea of a ridiculous Irish tax haven that’s used regularly in strange tax avoidance mechanisms, but Apple legitimately has had a significant corporate presence in Ireland for many years now, out of Cork. They even manufactured some systems there until not-super-long-ago. I still think Apple should repatriate a huge amount of their overseas money, and just pay the damn taxes.

I spent the summer and fall of 1984 in London (living in this council flat in Elephant and Castle), and I loved hanging out at a park near the Battersea Power Station.

Small world: I was working on a building site at that same time, about a block from that park!

It was amazing how filthy the air was in London before the power station was shut off, thanks to the coal (and dirtier forms of diesel too).

I haven’t seen new photos of it for many years, and I was surprised to discover that a lot of commercial development has taken place next to it. Encroached upon by other large buildings, it no longer has mysterious grandeur. It looks like it has been caged and subdued. I hate it.

Well put! I echo that sentiment, entirely. It used to dominate the view in every direction.

There was (is) an Australian version of this near where I lived and worked in Wangi. I always really liked it. A combination of industrial elegance; and contradictory sense of timelessness and yet obsolescence and decay.

When I was there that park was a condemned apartment building. Do you remember?

Yep, though the buildings you can see between the power station and the railway tracks do largely obscure the view.

Wait, what? I think we’re not talking about the same park then. I meant Battersea Park, near the power station. I usually walked over from Vauxhall.