Appreciating a Calculator: The TI-30XIIS

Note: Your mileage may vary significantly if you’re a finance and accounting type, I know nothing of those calculators.

I have a long history with calculators. Growing up, I was bad at math in elementary school. Adding, subtracting, and dividing all those endless problems made my head swim. The problems didn’t confuse me so much as bore me, and I recall having asked on at least one occasion, “Why can’t we all just use calculators?” The common refrain from teachers when I was growing up was, “You’re not always going to have a calculator in your pocket.” The cellphone in my pocket begs to differ.

Fast forward to today, where mental math and making good estimates are part of my daily life. Yet, if anything, I need a calculator more than I ever have before. For this, I submit to you what I believe is the best calculator in the world: The TI-30XIIS. 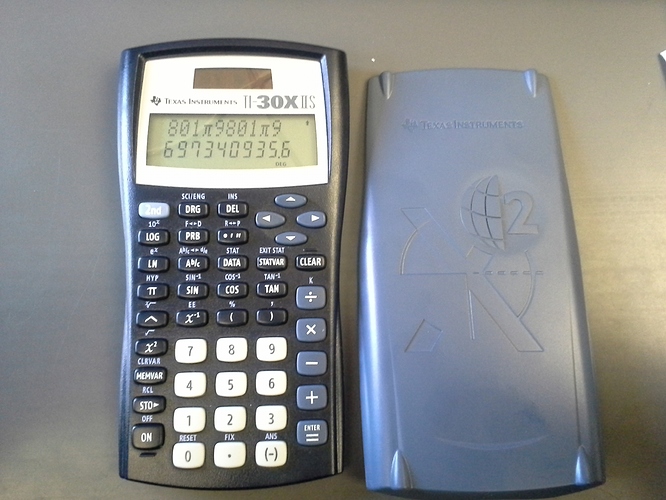 I’ve reached this conclusion because I recently lost mine, and have been using a backup calculator, a very similar TI-30Xa. Also known, to me at least, as an inexcusably crappy calculator. In truth, all scientific calculators are pretty much the same, and probably none are truly bad. The problem is that it’s not at all are as easy to use.

Calculators have reached a sort of technological singularity. No one is comparing frame-rates and processing power. They all pretty much do as they’re told, unlike the bad old days when low battery or supply voltage could actually affect your calculations. The real distinguishing factors in my mind come down to intended use and user-friendliness.

I’m not a true calculator geek. I learned how to spell BOOBS (80085) BOOBLESS (55378008 upside-down) early on, and a few Arabic words are available as well. I experimented with patterns in numbers sometimes when I was bored, but I never really mastered all of the functions of my calculator. I remember taking calculus for the first time in high school and having to buy the TI-83 Plus: A behemoth of a calculator that came with a novel of an instruction manual that could speak Greek, knew all the good sex positions, and make Frappacinos. I was really excited when I first got my hands on what seemed to be a real grown-up calculator. Over the years, I have almost never used it for anything that I couldn’t do with a simple scientific calculator. It’s overkill, and any high school that requires its students to use it better be getting some kind of serious kickback from Texas Instruments. What I’ve found is that for anything complicated, a computer is far superior to a graphing calculator. Everything else can come in a smaller, considerably less expensive package. Although, the TI-83 is great for playing Galaga or Galaxian.

In conclusion, it’s all the calculator I’ll probably ever need. Feel free to recommend your own.

If it aint HP48 SX, then it’s crap.
It’s funny how using a calculator intensively for a few years makes it very hard to adapt to a different model – even the GX that came out a year or so later feels foreign.
Thank goodness for all of the virtual HP 48 programs/apps.

I prefer the simplicity and size of my 32SII. Programmable, RPN and not the size of a VHS cassette.

I don’t understand the hype with RPN, though. The TI-30Xa has an option for it, but I’ve never felt the need to use it. I freely admit I might be missing something there.

I will say this much: I don’t understand how calculators are priced. With $30 touchscreen phones powerful enough to handle most routine calculations, calculators are still suspiciously expensive. When I first started using the TI-83, it cost around a hundred bucks. That was fifteen years ago. Despite massive economy of scale (it’s pretty much ubiquitous) it’s still around the same price.

not the size of a VHS cassette

Ah, but a large calculator was a crucial part of the engineering mating dance.

When I first started using the TI-83, it cost around a hundred bucks. That was fifteen years ago. Despite massive economy of scale (it’s pretty much ubiquitous) it’s still around the same price.

When I first started using the 32SII it was around $40. I had no idea anyone considered it $700 valuable today.

Am I talking about the same thing? 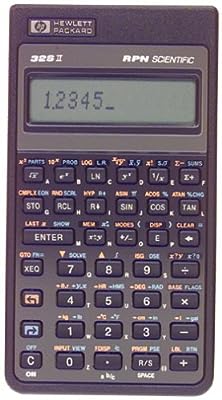 Edit: Ah, I see. It’s been discontinued. That makes me feel a little better… I was starting to wonder what I was missing for the $685 I didn’t spend.

This topic was automatically closed after 759 days. New replies are no longer allowed.