… And any other legal sounding bullshit we can think up to try to distract from the fact that we were taking out our aggression on some guy. 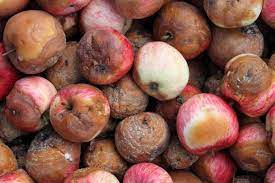 That guy just really would not stop resisting /s

Officers are placed on administrative leave, for approximately as long as it takes national news to forget about this.

And of course, we all know how the investigation will turn out. “No policy was violated” As department policy is to beat suspects relentlessly even while being filmed

And of course, we all know how the investigation will turn out. “No policy was violated” 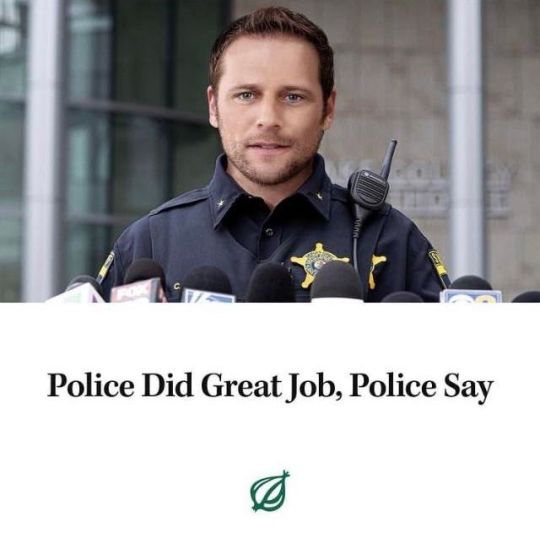 ACAB, as they consistently and repeatedly prove.

I can’t make out what she yelled and what the response from the officer was.

Officers are placed on administrative leave, for approximately as long as it takes national news to forget about this.

Gotta protect them. How else to buy their silence about other shit happening on the force. 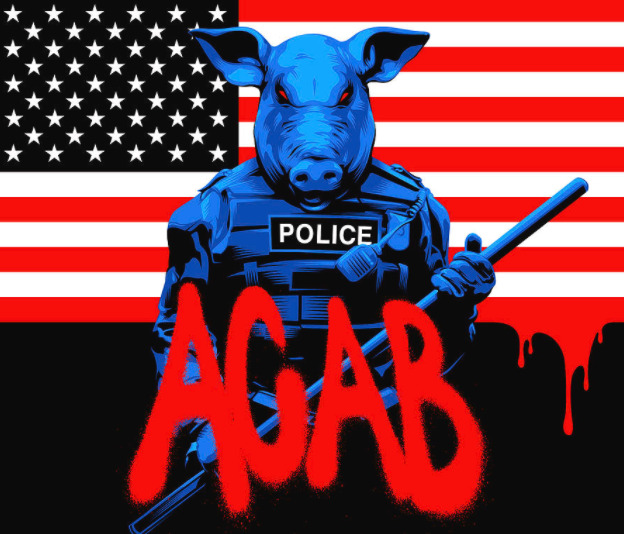 Just repeatedly striking that guy in the base of his neck? They’re literally trying to kill him. Must of been because of all his terroristic threats.

A rabbit punch is a blow to the back of the head or to the base of the skull. It is considered especially dangerous because it can damage the cervical vertebrae and subsequently the spinal cord, which may lead to serious and irreparable spinal cord injury. A rabbit punch can also detach the victim's brain from the brain stem, which can kill instantly. The punch's name is derived from the use of the technique by hunters to kill rabbits with a quick, sharp strike to the back of the head. The rabb...

And since when are cops allowed to have beards? How are they supposed to LARP in gasmasks?

As far as I can tell, it’s something along the lines of

woman: “Stop [hitting/beating] him! Get out of here!”
middle cop: inaudible
left cop: “Get [inaudible] back in the car!” (“Get your ass back in the car” maybe?)

I’ve seen that gif before and have wondered about the questionable (?) unfortunate (?) use of the eggplant. Yes, toy cops being steamrolled (okay by me) but by an eggplant?

A slur commonly used by Italians and Italian-Americans to denote a person of color. Melanzane in Italian means "Eggplant", which itself is used as a slur against blacks because of the almost black color of an eggplant. The word Melanzane (or...

I wonder if cop beards have the same secondary meaning that military beards acquired.

I could see it going either way: having a laid back facial hair policy suggests a relatively low readiness to break out the tear gas(and, in some cases, might indicate actual or at least legally-mandated sensitivity regarding the ethnic distribution of folliculitis barbae); but it might also indicate that just playing soldier is no longer good enough; and your department is playing tacticool ‘operator’ now.

Thanks to the internet and the prevalence of emojis, ‘eggplant’ is now most commonly associated with “penis.”

On the other hand, I’m surprised by this because of how many times something like this has happened and been caught on video the last many years.

It’s not surprising if you remember the consequences of those incidents caught on camera, which is somewhere between nothing and an arbitration board finding they were improperly suspended and granting them a nice little settlement. Cops beat people with impunity, because we as a society have decided that’s what we want.

Cops beat people with impunity, because we as a society have decided that’s what we want.

No. That’s what COPS decided they want and they have more power

No, I feel it is fair to blame our broader society. Every politician calling for increased police budgets isn’t losing their seats and the idea of defunding the cops is still a cause of endless pearl clutching. Our budgets are moral documents and we’ve embraced this behavior.