Worth mentioning that the state’s other senator Jeff Merkley, is the only one to have endorsed Sanders.

I was disappointed that Wyden didn’t go for Sanders since Wyden is usually pretty progressive on his positions, but I get the impression that most of the superdelegates who sided with Clinton did so before Sanders was even a real contender. It’d be nice to see some of them actually go with Sanders at the convention just to show they support progress.

The weird and scary subtext in those polls is that a non-insignificant number of people who will vote for Sanders if he wins the nomination are planning to vote for Trump if he doesn’t.

I guess there are also probably at least a few “as long as it’s not a woman” voters thrown in for good measure.

It just makes me feel icky when I know some of the people who support my favored candidate are doing so for highly questionable reasons. Oh well, at least I can rest assured that the White Supremacists are all casting their votes behind the other guy.

here’s that specific poll if you want details Democrats vs. Trump: Who's the Better Bet?

Hillary Clinton leads Bernie Sanders among Democrats but the Vermont Senator does better against Trump in a new NBC News/Survey Monkey tracking poll.

They’re people who hate Hillary. I think people, particularly those who have supported her through this primary bid, still underestimate the depth of abhorrence that republicans, even many moderate republicans, feel for Hillary Clinton. They understand that Trump is a nightmare, so they’d even hold their nose and vote for a democratic socialist as an alternative. But they just can’t get past their hatred for HIllary. That’s some pretty bad mojo she’d need to slog through, in a race that should be a clear cut win by even the most mundane qualified candidate.

Same people who responded this way in WV yesterday, I guess:

If antiestablishmentarianism is your thing, or free trade is one of your major concerns you might be inclined to favour Trump over Clinton in a general election if your hand is forced (of course, this requires you to believe that a President Trump would do anything he’s suggested thus far).

I wonder if any GOP voters are switching to Dem registration to vote against her? (in CA?)

I wonder if any GOP voters are switching to Dem registration to vote against her? (in CA?)

West Virginia’s Democratic primary is complicated by a couple factors: it allows independents to vote, and many registered Democrats in the once-blue state are actually conservative. All in all, it’s very different from the electorates Sanders and Clinton have previously faced this election season. 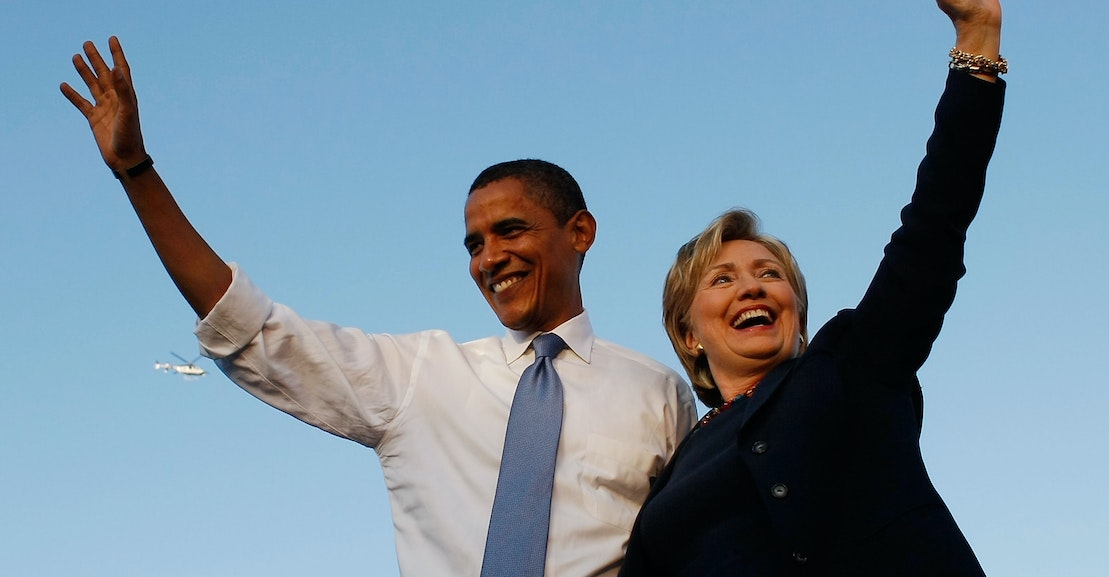 Why West Virginia’s Democratic Primary Is Unlike Any Other

I wrote earlier today that Hillary Clinton’s problems in the Mountain State were as much a reflection of President Obama’s deep unpopularity as they were a rebuke of her comments about the coal industry. Exit polls from today’s primary appear to bear...

It’s also possible that some people will either not vote if it’s Clinton vs. Trump or if they’re a dedicated progressive, they’ll write in Sanders or vote for Stein in protest of the Dems’ treatment of a progressive candidate.

If Sanders is not the Dem candidate I’ll be voting for Stein. Hillary is just not an option at all mostly because her (calculated) vote for the Iraq war. Anyone could see that the build up was a sham based on lies and no politician who voted for that war should be in office. Bottom line. I’m not necessarily going to complain if she gets in, I think she’ll probably do fine as a president though I doubt much will change for the better. I just can’t cast my vote for her and I’m not going to be strong-armed through fear to vote for her over Trump.

West Virginians, as it happens.

Bernie camp: “If you want to stop Trump, look at the polls! The polls show Bernie beats Trump!”

according the the source poll @jerwin posted

Republicans under 30 and Independents who do not lean toward either party.

A percentage of young republicans think Trump and Clinton suck. given a choice between two candidates that suck, they’ll vote their party. given a candidate that’s smarter and a better politician than Trump and also not Wall-Street beholden, politics-as-usual Hillary, they’ll vote for Sanders. Must it be a matter of “woman-hating” or whatever? Can they not support Sanders for the same reasons voters within his party do?

Bernie camp: “If you want to stop Trump, look at the polls! The polls show Bernie beats Trump!”

I’ve been seeing this cut both ways between Sanders supporters and Clinton supporters pretty evenly on FB.

@Brainspore Another contributing factor are people like myself that when polled want to send the strongest possible message to the DNC that if they cheat Hillary into the primary that they will not get my vote and they will lose.

The reality is that if the race between her and Trump is close which it sounds like it would be very much so, I might cave and vote against Trump.

Polls are absolutely accurate if they support your worldview and clearly flawed if they don’t.

Polls are absolutely accurate if they support your worldview and clearly flawed if they don’t.

A perfect summary of the state of things.