“Given as there are extenuating circumstances, including the defendant having had a role in placing into office the most dangerous president the United States has ever suffered, we find that extradition to that current hell-scape, while serving irony, would not currently serve the balance of justice” (were the poetic path considered)

Whether you believe that Assange is a hero who shined a light on government misdeeds or a white supremacist stooge working for Putin (he can be both!), the question of extradition is rather routine and it is hard to imagine a line of argumentation that would result in the extradition request being denied.

Well, if he faces torture, or will be denied a fair trial - and both is the case - the request would have to be denied. But due to the impending disaster of Brexit the UK can’t deny the US anything.

He should hope for extradition now, not later, so he can be pardoned.

Trump, Who Used to “Love WikiLeaks,” Now Knows “Nothing About WikiLeaks”

The president’s love for Julian Assange’s renegade organization seems to have cooled. 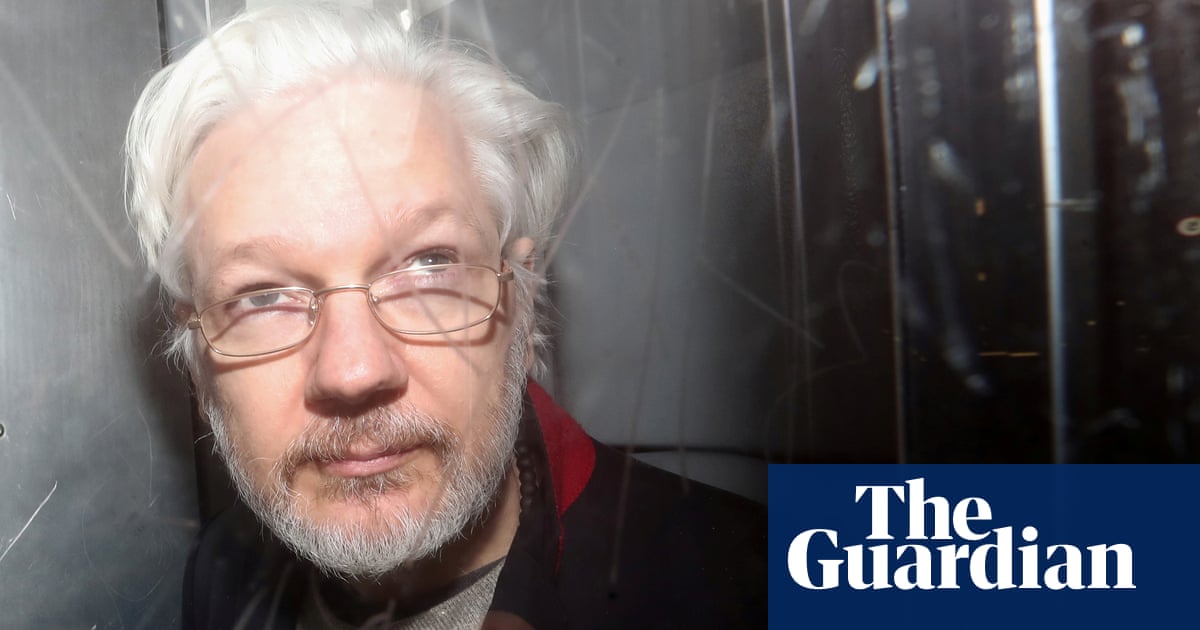 6 Likes
Julian Assange's lawyers claimed he was offered a Presidential Pardon from the US if he helped "resolve" the DNC hack
KathyPartdeux 7 September 2020 15:55 #6

They should just deport him to Australia or Ecuador at this point. There’s no purpose served after he skated on the rape charges.

It wasn’t “rape charges”, it was “wanted for questioning”, specifically for not wearing a condom when he said he would.

Why didn’t he surrender when Chelsea Manning was released? He’s a creep.

Doesn’t mean he should be turned over to the US - doesn’t mean he wasn’t guilty. Just that he hid till the statute of limitations expired.

I said nothing about it not being “serious”; also, it turns out he later WAS charged, so never mind.

Assange v The Swedish Prosecution Authority were the set of legal proceedings in the United Kingdom concerning the requested extradition of Julian Assange to Sweden to further a 'preliminary investigation' into accusations of his having committed sexual offences. The proceedings began in 2012 and on 12 August 2015, Swedish prosecutors announced that they would drop their investigation into three of the allegations against Assange, because of the expiration of the statute of limitations. The in In...

It just took a long time.

Yep - he skipped out instead of facing the charges. He’s no hero.

Chelsea Manning however is. Even if you don’t agree with her actions - she took responsibility for her civil disobedience.

And she didn’t sexually assault anyone.

This was a smear campaign, and by looking at the thread I can see it worked well.

The case never was very strong, and odds are that had he only shown up in Sweden the case would have been dropped or he’d have been found not guilty in a trial. Even if convicted, he would have spent less time in jail than he spent holed up in that embassy. Assange feared Sweden would hand him over to USA, which was never likely and a bit ironic given that Britain always was more likely to do so. Being extradited to Sweden would have been his smartest move to reach a safer country.

Assange may be a creep, he is certainly weird, but that in itself isn’t a crime.

That’s a propaganda campaign for Assange full of misleading and nonsensical[1] statements, and that you believe shows it’s been way too effective.

[1] The notion that being extradicted to Sweden was a way of making it easier to get Assange to the US never made any goddamn sense.

The case never was very strong, and odds are that had he only shown up in Sweden the case would have been dropped or he’d have been found not guilty in a trial.

Clearly Assange did not share your certitude on his innocence. I think the women deserved their day in court. Given that he will never stand trial- fairness would seem to favor believing them.

You might want to consider this interview with Nils Melzer, the UN Special Rapporteur on Torture, where he offers a couple of ideas.

«A murderous system is being created before our very eyes»

For the first time, Nils Melzer, UN Special Rapporteur, speaks at length about his investigations into the case of Julian Assange. And he provides explosive evidence.

The notion that being extradicted to Sweden was a way of making it easier to get Assange to the US never made any goddamn sense.

The interview above contains a link to this incident where Sweden did exactly that.

Yes, two unknowns in the wake of the 9/11 attacks, during the period when Sweden had a right-wing government (unlike the center-left coalition when Assange was being sought), which led to a pretty big scandal when it came out.

The idea that the Swedish government would have extradited Assange to the US for nefarious reasons, or that the Swedish justice system would have allowed them to do so, is laughable. It only makes sense if you don’t know Sweden at all, and ignore all the massive differences between the al-Zari and Agiza case, and that of Assange.

They don’t need to. The loophole USA wanted to exploit in Sweden is that the extradition treaty Sweden has with USA is automatic, without recourse in swedish courts, unlike in the UK, where the case will be put to trial and face public pressure.

Clearly Assange did not share your certitude on his innocence. I think the women deserved their day in court. Given that he will never stand trial- fairness would seem to favor believing them.

Or he didn’t trust the legal system of a country he knew little about, but which is known for having laws putting a very low bar on sexual assault. I think lots of people would be uncomfortable standing trail abroad in a case where it was word against word facing a local citizen. He claimed to have been afraid to be handed over to USA, again because of limited knowledge about Sweden. I definitely think he should have shown up in Sweden, I just don’t think you can take his refusal as evidence of guilt

The interview above contains a link to this incident where Sweden did exactly that.

That case was different in three important aspects.
a) It happened in 2001, when the world was still shocked over the attack on WTC and had more confidence in USA. Before Guantanamo etc. Some of the stuff Assange helped uncover.
b) They were accused of terrorism, not a political crime like leaking information the US government preferred remained secret.
c) They were unknown and the Swedish government thought they could do it without anyone finding out, which turned out not to be the case.

Or he didn’t trust the legal system of a country he knew little about,

He seemed to like Sweden well enough to request residency there. I know it’s odd to think that if you choose to live somewhere that you’re agreeing to live under their legal system; but there you are.

“ August 2010, Assange had applied for a work and residence permit in Sweden.”