I dunno if this is actually relevant, but I thought about it when reading this

If most people turn into muderers all of a sudden, we'll need to push out a firmware update or something. 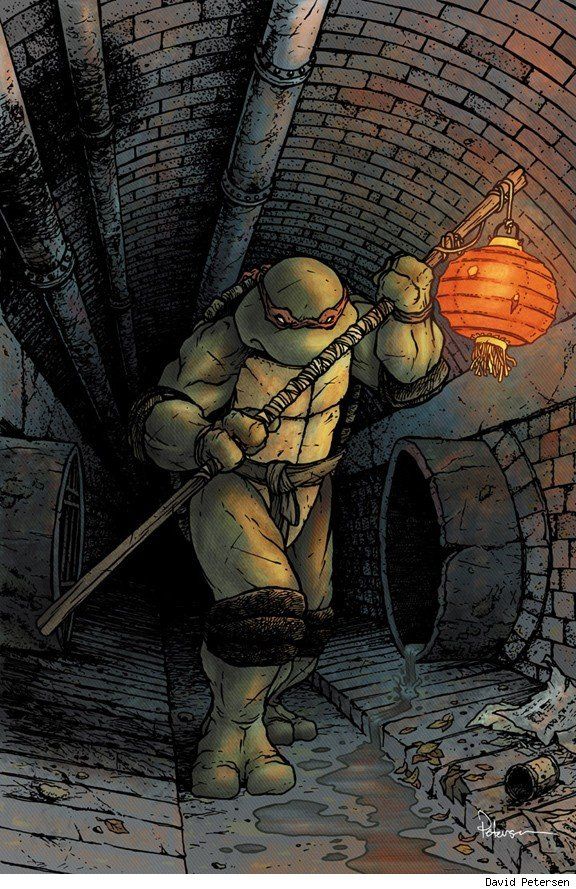 It seems most of the credible drone reports (if not all) that shutdown Gatwick were of a police drone looking for the culprits.

Even the spatial center of global capital has many cracks that can be gainfully exploited for psychogeographic play.

Here’s another case of fucking with the poor people trying to get to their fucking jobs and home with as little bullshit as possible. But when I mentioned just that fact, I got rather a different response than you did with your comment here. 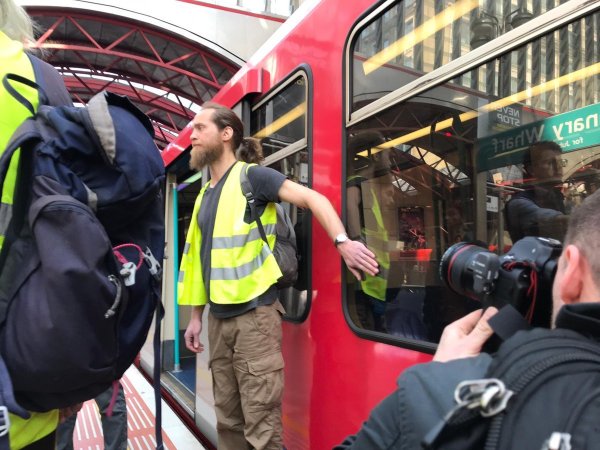 London cops switch off wifi in the tube to make it harder for climate...

I guess if it was “Extinction Rebellion” pulling those emergency brakes it would be viewed as a heroic revolutionary act.

One person (or maybe a few people) were able to shut down London Gatwick Airport during the busy holiday season last year by flying drones near the runway.

Well, assuming there ever were any drones in the first place. There were no photos or video footage of any, two drones found near the airport were ruled out of the investigation, the only people arrested had solid alibis and were released without charge (but not before their names and reputations had been traduced in the press), and the Chief Constable of Sussex Police admitted that at least some of the sightings may have been of police drones. One senior police officer raised the possibility that there may never have been any other drones at all, though he was quickly slapped down by his bosses and the Government. The whole thing may well have been suitable material for a modern revision of this book: 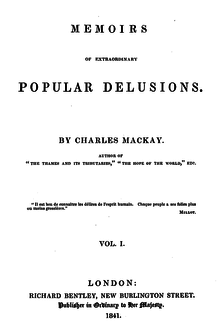 Extraordinary Popular Delusions and the Madness of Crowds

Extraordinary Popular Delusions and the Madness of Crowds is an early study of crowd psychology by Scottish journalist Charles Mackay, first published in 1841. The book was published in three volumes: "National Delusions", "Peculiar Follies", and "Philosophical Delusions". Mackay was an accomplished teller of stories, though he wrote in a journalistic and somewhat sensational style. The subjects of Mackay's debunking include alchemy, crusades, duels, economic bubbles, fortune-telling, haunted h...

Let’s save the term asymmetric warfare for people who actually have a point.

I don’t think that the nurses and dishwashers and copier techs who are just trying to get to work so they can pay their bills give a rat’s ass about the “point” of the asshole who just ruined their days.

Calls made to thirty major airports tomorrow morning alleging “I saw drones flying around the runway”.

See how easy it is, when we scare so easily?

You would have a point if it was Extinction Rebellion who turned off the wifi, but it wasn’t. It was the cops. They didn’t have to turn it off, but they did. There is no-one to blame for this but the cops and maybe their enabling bootlickers.

The cops turned off the wifi to make it harder for the protestors to organize spot disruptions of subway services.

I would have turned it off too.

Now if “Extinction Rebellion” had chosen the private jet terminal at Gatwick for their action, instead of an energy-efficient mode of transport used by millions of working and middle class Londoners, I’d be much more sympathetic.

Pretty sure those are all retired. Maybe you don’t literally mean the redbird subway cars, but another older model? Last time I saw one of those was around 2002 or something.

I often think about that. How humans are so fragile and danger is all around us. What’s to stop random people from slashing car tires, or breaking windows or stabbing random strangers. All those things would be easy to do. And sometimes they do happen, but most of the time they don’t because people generally aren’t dicks… or at least know there are social consequences.

The cops turned off the wifi to make it harder for the protestors to organize spot disruptions of subway services.

I would have turned it off too.

Then own the decision, don’t say ‘they forced me to do it’.

an energy-efficient mode of transport

Do I need to remind everyone about dieselgate?

There’s at least one standout that falsifies this equivalence, and that is that the london protestors had a point. And even if climate change isn’t everyone’s top priority (though it is for American Democrats, i.e. American subway riders…) the point of a protest like this is to bring it to everyone’s attention.

I don’t 100% disagree with you on a gut level, but historically there haven’t been better ways to bring about change than to bring everything to a grinding halt. There are plenty of other ways the brooklyn prankster could’ve gotten his jollies.

Anither big difference is that the Brooklyn event randomly targets an isolated train line. Everyone else’s day goes on as planned, so those people on the 2/5 are isolated in their suffering. Ideally a protest like the london protest would shut the whole city down, causing everyone together to shut down. No one’s boss is going to ask why they were late. (although when I worked for the NYC DOE’ I did have to hitch a ride to harlem and take a crowded bus into the Bronx during the mta strike a decade ago…)

Would it be more satisfying if the targets of the protest were surgical? yes. But rich people can afford more security, obscurity and distance from the commoners. Also, the point isn’t to convince the wealthy directly to change their ways, it’s to rally support, power and will to restrain them through popular power.

They did glue themselves to a DLR train and spoke of doing the same to Tube trains.

the point of a protest like this is to bring it to everyone’s attention.

I look at it mostly from the perspective of the subway rider.

Rider who is sympathetic to the climate change issue: “Well, I lost half a day’s pay/missed by kid’s doctor visit/didn’t get home until one AM, but it’s a worthwhile cause, so I’ll suck it up.”

Rider who is a climate change denier: “Fuck these assholes with a corn cob dipped in habanero juice. I wonder if I can figure out a way to vote for Trump twice.”

Rider who is neither: My guess is the result is a simple “Fuck these assholes.” Your mileage may vary.