I’m off to the polling station now, for the postponed repeat of the run-off election of the Federal President of the Republic of Austria.

Estimates are expected sometime in this evening, but the actual results will have to wait for Tuesday.

And I’m not reusing last time’s topic (Far-right candidate narrowly defeated in presidential election) for this, I fear posting under that title will jinx the whole election…

Wow it looks like quite the mess. However, I think the US has you beat in terms of messes.

What do we have to do to get a do-over?

Wow it looks like quite the mess. However, I think the US has you beat in terms of messes.

What do we have to do to get a do-over?

This time, you won’t get a do-over, sorry. And I liked the first result in Austria, I didn’t need a do-over.

The Austrian constitution plans for repeating an election when something goes wrong, and I think the American constitution does not allow for that. Just starting over is a little easier for both parties to agree on than recounting possibly spoiled ballots or having the results “decided” by courts.

Part of the Constitutional Court decision forbade the Ministery of the Interior to pass on any results before the last polls close. So for the first time in recent memory, they don’t have the first estimates ready at exactly 17:00. So the statisticians have just received data and started calculating their estimates, so we’ll have to wait a few more minutes.

Thanks.
The popular vote is all that counts here. The non-bigoted candidate won at our last attempt, but only by fractions of one percent, so the popular mood might have shifted by that much during seven more months of campaigning.

The other candidate is from the party of bigoted demagogues, but is still preferable to Trump, way more pro-EU than half of Britain’s politicians. and has been trying to be seen as a civilized, reasonable, moderate during most of his campaign.

60% of in-person votes counted, the estimate is not expected to change by more than 1,2%.

The next alcoholic beverage that I consume will be dedicated to Nigel Farage and Donald Trump, for those two guys definitely helped.

Apparently for once something political didn’t go to shit. Woohoo! 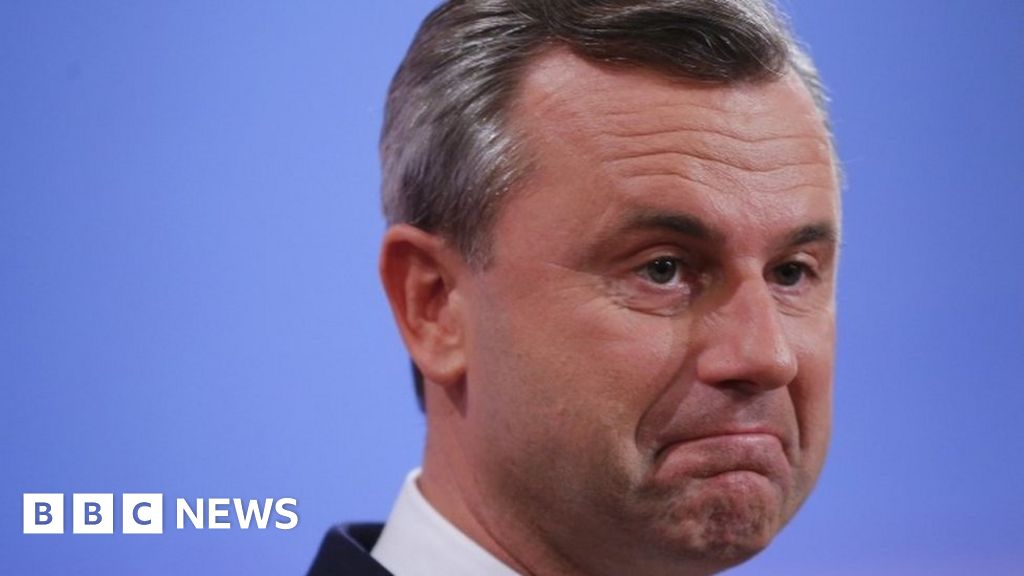 Austria’s giving us one of the few bits of good political news this year.

I love fact-checking the BBC

The margin could change, but officials said the result would not.

“Officials” have not said anything, as they are only responsible for announcing the final results. The BBC is mistaking TV anchors for “officials”.

Hofer is a right-wing populist; calling him far-right is exaggerating the problem.
British media referring to Hofer as potentially being Europe’s “first far-right head of state” sounds very strange given the present Hungarian and Polish governments.

I love fact-checking the BBC

I hate that it’s increasingly necessary.

The trouble is the persistent false centrism of the media.
They don’t recognise the extremist nature of the Hungarian and Polish governments because their extremism has replaced the “normal” centre right party in each country. Also, Hungary has actual Nazis in the form of Jobbik that make anyone else look reasonable by comparison, even when Hungary is sliding away from Democracy.

Austrian voters there, "gloating" after stopping the presidency falling to the far right https://t.co/nxr2xEkrjG 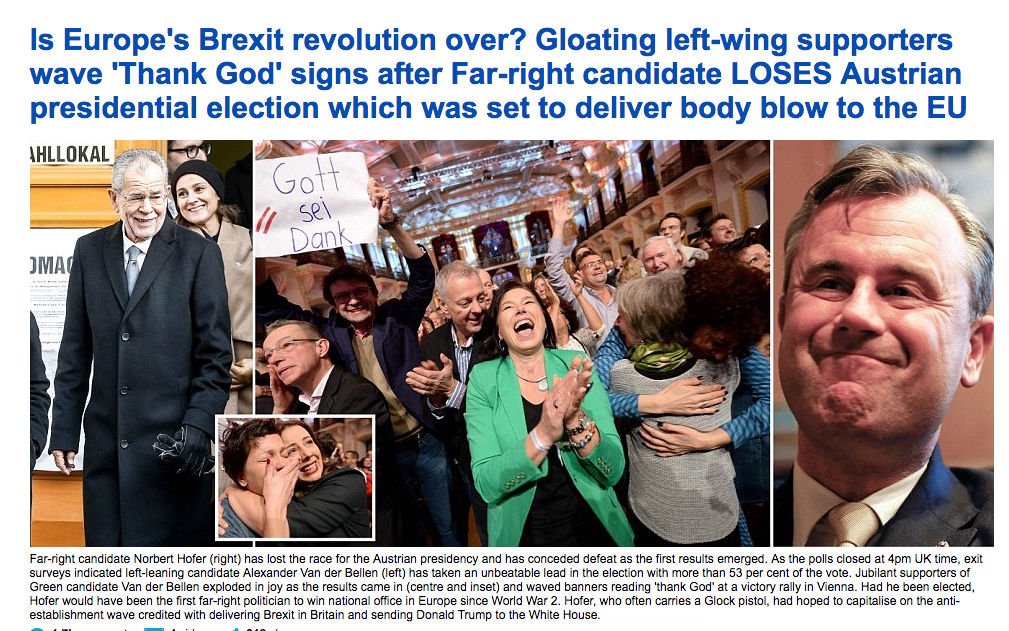 It took me a while to figure out that the English mispronunciation of “Heil” rhymes with a certain imitation of a newspaper.

Anyway, this time, they seem to be right.

Van der Bellen was the leader of the Austrian Green party from 1997 to 2008. That’s a left-wing/progressive party; their supporters would universally identify as “lefties”. They usually don’t get beyond 15%. Van der Bellen ran as an independent candidate, and reached out far beyond his party’s traditional voters, but I assume that the people depicted cheering at his official supporter’s party were mostly left-wing supporters. And OF COURSE WE’RE GLOATING! 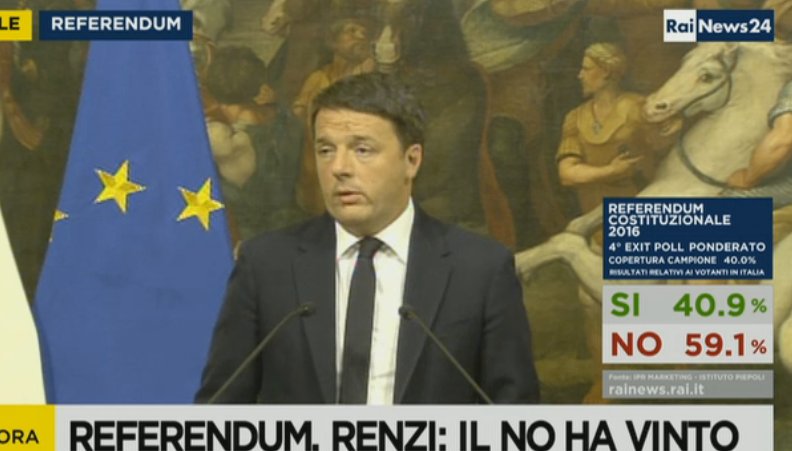 What were the constitutional reforms about, anyway? I can imagine a vote against those doesn’t necessarily mean support for the right…

I read this and I’m really none the wiser. Seems a bit of a complex issue to put to a referendum.

A constitutional referendum was held in Italy on Sunday 4 December 2016. Voters were asked whether they approve a constitutional law that amends the Italian Constitution to reform the composition and powers of the Parliament of Italy, as well as the division of powers between the State, the regions, and administrative entities. The bill, put forward by then- Prime Minister of Italy, Matteo Renzi, and his centre-left Democratic Party, was first introduced by the government in the Senate on 8 April...

I read this and I’m really none the wiser.

not only a complex referendum but also meddled with a kind of general election: the opposition tries to topple Renzi’s government with this referendum (and he’s to blame for this, he announced that his political future is attached to a positive outcome)

This topic was automatically closed after 76 days. New replies are no longer allowed.