Stephenson said that when envisioning the metaverse in Snow Crash , he did not foresee Web3, but says blockchain technology is necessary to at last make the metaverse happen…

He’s always been the high priest of the Silicon Valley set, much more so than other cyberpunk authors. But I liked it better when he tried to get a swordfighting video game off the ground.

Who knows, maybe this will reach its goal of being what the original cryptocurrencies and NFTs promised to be, all while being carbon negative but at this point I am allergic to anything including the word crypto. (The Cryptonomicon being an exception of course).

I’d prefer it if he spent his energy on writing a book set in the solarpunk future at the end of Seveneves. You inflicted so much tragedy on us getting to that future and then you don’t explore it further, Neal?

I’d prefer it if he spent his energy finding an editor who could introduce him to the concept of brevity.

I like the long-windedness. At least I did with everything up to and including the Baroque cycle. Fall; or Dodge in Hell especially, could have been a lot shorter, though.

I mean, I get what you’re doing, describing the emergence of consciousness and eventually civilisation. But we don’t need to be there every step of the way!

There are some books I enjoy for their glacial pacing and profusion of ancillary details- I’ll happily read Dorothy Parker’s Peter Wimsey mysteries and I enjoyed the Gormenghast trilogy. I find those traits off-putting in Stephenson for some reason. I start feeling like I’m being lectured to about halfway through and I lose interest.

I think for me it depends on whether I enjoy the topic of the lecture. Consciousness is not of any special interest to me, 17th century history absolutely is.

I find this article to be a perfect encapsulation of the bizarre mismash of vaguely connected concepts that Web3 promises to realize and the set of problems it claims it will solve. I found it very jarring for the article to jump from VR to blockchain to copyright without any connecting explanation as if any of the three had anything to do with each other, but I suppose that’s just because I’m not immersed in the whitepapers of cypto-entrepreneurs.

It wasn’t until the end of the article that they finally pulled it all together with the Neal quote essentially saying “artists aren’t getting paid for art they tweet, but Twitter is” So at the end of the day, Neal thinks that a VR alternate universe is one and the same with the concept of “art marketplace” and somehow “naturally” requires a decentralized banking system (something something blockchain?) whcih will somehow magically solve all of the problems that copyright hasn’t been able to equitably do?

I guess it all makes sense in their heads…but as the post title suggests, why do these harbingers of technological automation suddenly think that an “automated” system will be more trustworthy (and less subject to human foibles)?

“What are three buzzwords I can use to grift money out of a venture capitalist?”

I don’t believe Neal Stephenson is a grifter. He may be wrong here, but I believe that he fully believes in what he’s doing.

We all have our heroes, and each of us thinks the golden age of science fiction was when we happened to be an impressionable age

Well then, somebody we haven’t heard of yet has always been the high priest of Silicon Valley

Oh yes, it definitely is that 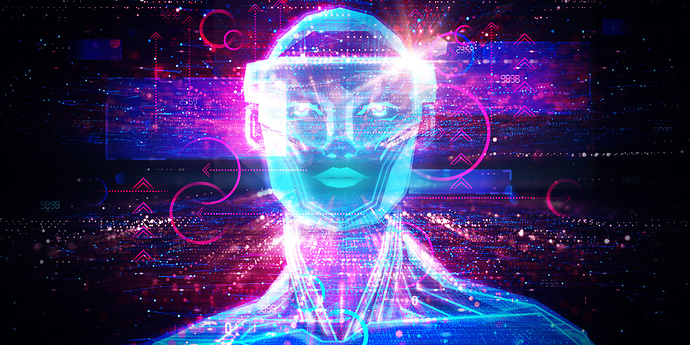 The DeanBeat: Why Neal Stephenson is starting a metaverse company 3 decades...

Interested in learning what's next for the gaming industry? Join gaming executives to discuss emerging parts of the industry this October at GamesBeat Summit Next. Learn more. It’s not often that you get to hear things from the horse’s mouth. In this...

William Gibson is too polite to roll his eyes, but he would be doing so if he were the sort of person who would.