the stupid, it burns!

On Amber Alerts, at least in California, what you mostly get on freeway signs, etc., is the make/model/color and license plate of the car believed to be involved, which is the best thing to be looking for anyway.

He and I look very different, but I wouldnt necessarily trust someone who got a text to “see the media” to have good discretion. I might have seriously considered calling in to work Muslim, if lived in New York.

You mean those ones that wake me up at 2am with that nightmare inducing emergency alarm on my phone?

Good luck going back to sleep after that.

I guess I wasn’t plugged in this weekend and missed this one. I saw somewhere that someone put up a HOAX on tumblr claiming the bombing was by a gay activists. Jesus, what a shit show. Some people have too much times on their hands.

But yes, this alert is useless.

Are we sure that the suspect himself didn’t plant this message? I can’t think of a better way to disappear into a demographic cloud…

Inane, dangerous, ineffective AND counterproductive. A true grand-slam of stupidity.

As one of those unfortunate souls roused from my morning slumber, I’ve gotta say, the text message was designed to stoke maximum panic.

Edit: not that this will affect most NYCers, I imagine. Mostly likely scenario is annoyance. The city’s basically center stage for security theater, and if we panicked over every brown person or person in a hijab we saw, we’d never leave our apartments.

You mean like the one I got (In California) back on Sept 1st that said:
"Amber Alert Refer to local media for more information"
That was ridiculous…

Sure, a bunch of Muslins probably got harassed or roughed up, but on the plus side that thing I just said.*

We get those here too. Tell the truth - have you ever actively scanned the road for the amber car? Me neither. But remember the syllogism:

One of the first things that I do when I get a new phone is find the settings to mute emergency alerts.

I might have seriously considered calling in to work Muslim, if lived in New York.

Or Arabic at all; I have some Jewish Mizrahi friends who could be his brothers.

“Mad bomber on the loose” counts as an emergency in my book any day. Can we only publish the names of suspected bombers if they sound like “Richard Anderson”?

Slap a fedora on him and he could be any one of countless neckbeards roaming the night.

It worked! Sorta. Not really. 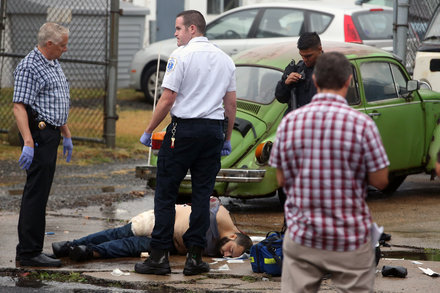 Mr. Rahami, 28, was taken into custody on Monday after he was wounded in a shootout with the police in New Jersey, law enforcement officials said.

I leave the weather ones out of habit from living in Tornado Zones.

I wouldn’t have known to seek shelter a year or so ago from the tornado that touched down a couple blocks away.

When license plate or car description or other useful info is included, I think Amber Alert is pretty functional.

Also, they can be disabled.

How about just brown? That guy could pass for Puerto Rican.

This Muslin looks pretty roughed up:

So, was there another text on the ERS saying that they had their man? Or are there people out there still using the first as an excuse to harass Muslim-looking people (or anyone else they feel like harassing)?