I think I should share some Finnish songs, because at least most have never heard them. Though in most cases, the lyrics are quite important but that can’t be helped - unless someone wants me to translate them, in which case, please PM, I love translating.

Ismo Alanko - Taiteilijaelämää (this is one that really needs a translation, so I’ll be providing one, even if no one cares, in [my opioid recovery thread][1])

Yö - Joutsenlaulu (this has always been voted the best/saddest/whatever song in Finland, so it doesn’t get any more Finnish than this - we’re so melancholic and love it)’

Then to non-Finnish songs:

Heart Beat by Antonio Forcione is amazing. I saw him live a few years ago and he stole my heart:

Dunno much about Finnish music, but these guys (OK, they’re Swedish-Finnish) have been part of my regular playlist for years.

Dunno much about Finnish music, but these guys (OK, they’re Swedish-Finnish) have been part of my regular playlist for years.

That sounds amazing, and I love how they’re singing in a Karelian dialect (it’s Finnish). I can’t believe I haven’t heard of this! It’s going on my playlist, right now.’

If you like that, here’s some more. I love the Finnish folklore and admire Sami people. I’ve been there up north, with the reindeer and the fjelds and the bleak beauty of the endless landscaped and wish I could just move there. Maybe I just will. My boyfriend loves the Lapland even more than I do - what’s stopping us?

That sounds amazing, and I love how they’re singing in a Karelian dialect (it’s Finnish). I can’t believe I haven’t heard of this! It’s going on my playlist, right now.’

I went through a bit of of Northern European roots folk a good while back when I was looking into historical and modern shamanistic practices during my gonzo-religion phase. Good times and some great music. There’s just something about the use of tones in some Sami joik that hits me right in the feels. Dissonant, but hauntingly beautiful.

I’ve been there up north, with the reindeer and the fjelds and the bleak beauty of the endless landscaped

Awesome, thanks! There’s a few there that I need to go and hunt down now.
Might not be good for the productivity today, but WTF, sometimes the spirit needs food too. Fantastic.

I’ll see your “music from a fictional country”*, and raise you an insane Hungarian who sings in… how many languages in this track? He’s a mixture of Hungarian folk, post-punk, and G-d knows what else:

Waszlavik Laszlo - Made in East Europa

I never saw a concert live, but a friend rode the train with him, and got his autograph for me. He signed it to “Maj-kell” (pronounce “My kell”) which translates as “(I) need liver”.

Not only that, but he speaks Hungarian, which is the largest member of the Finno-Ugric language family.

Okay, this is war.

I’m sorry, but even though I love Wire and The Fall, if I liked this, I’d also be claiming to love SPM (I can’t type his full name, or I’ll cause myself some serious damage punching a hole in the wall, even typing his initials causes me hypertension). He is, without doubt, the biggest wanker currently inhabiting this foetid rock. Veganist cunt!

According to the gospel according to SPM, “People who eat meat are worse than people who rape children”. I don’t give a fuck HOW good a songwriter he is, NOTHING will persuade me to like,someone who comes out with vile shite like that (yes, that’s recent, but I’ve hated him since the 80s).

I can’t like someone’s music if I can’t stand them; I hate U2 because Hewson is such a sanctimonious prick.

Right, I’ll go have a rootle around on YT and see if I can come up with anything. Thing is, much of the shit I’m into is so obscure, I’m doubtful about finding anything.

and just in case anyone has been living under a rock this past week: (warning, nearly 9 hours)

This came up in a discussion earlier tonight, along with several candidates for the Awful Song Thread!

I just checked, the awful song candidates were already there (thanks @daneel)

VERNON GREEN & THE MEDALLIONS - THE LETTER 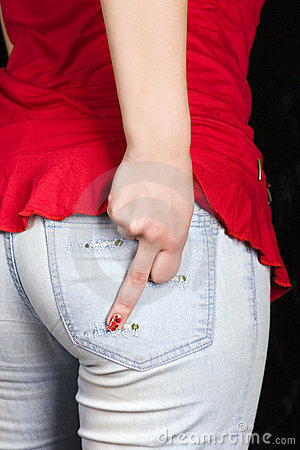 Awesome music from one of my favorite Italian films.

All the talk of proprietary vibes recently reminded me…