Sometimes slapstick humor is the right choice, even if it is obvious. And on that note…if ever someone deserved to be caught in the middle of a Three Stooges skit, it would be Ayn Rand. I would pay good money to watch that movie!

Jon Hodgeman did it better — and also in the New Yorker, strangely enough.

I saw on television the performing group known as the Village People. These are very exuberant, virile men. I have no delusions; I know that they are all lesbians. But they expressed in their dancing the kind of unapologetic enthusiasm for their masculinity that so many in our culture wish to repress in favor of Alan Alda.

The author of this piece is also responsible for a number of very nifty pieces on The Toast. The takes on Harry Potter are fine indeed.
http://the-toast.net/tag/ayn-rand/

You may also enjoy the “Dirtbag” series.
http://the-toast.net/tag/dirtbag-shakespeare/

That’s really great. Even back in my Randy days, I noticed she had this adorable habit of taking matters of taste and declaring her opinion to be the One Objective Truth. I seem to recall she proved by algebra that tap-dance is the highest art.

That’s an instant-click, right there!

“The Trees” by the Canadian Band Rush is the only song any objective human being should need to listen to. In it is contained all truth.

Ugh, I do hope you’re joking.

It does contain neoliberal truthiness, but certainly not “all truth.”

Millie, Rush is well-known for their Rand fannishness: http://www.rush.com/2112-spotlight-on-ayn-rand/

Thanks, though I already knew that… Still hoping atl was joking.

Not an expert in Rand in the least, but didn’t her later years prove her a complete hypocrite? I mean, I understand where she would get the opinions she had with the life she led but her popularity is people citing her to justify their privilege means something more.

I hereby declare him Allowed to Play.

No, scratch that, apply objectivism to discern – logically – that that was a joke. Faith? Bosh.

Yes, logic before faith. Most definitely. 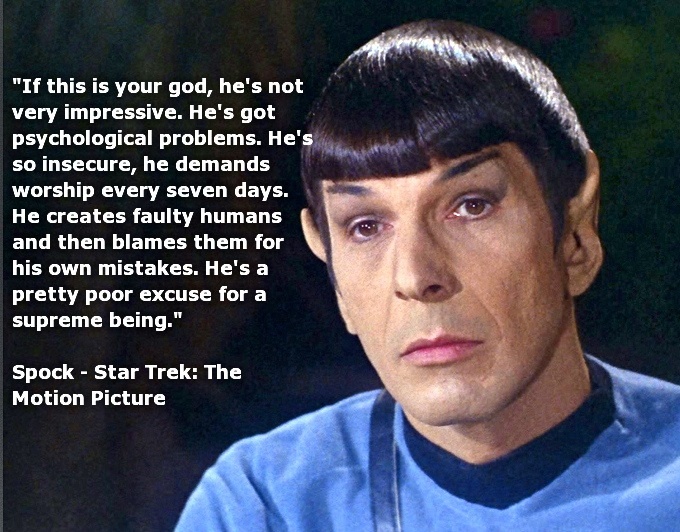 Today Rand Paul and Paul Ryan are Ayn Rand’s most prominent disciples, edging out Alan Greenspan, former head of the Federal Reserve Bank. Given the Herculean damage to the world economy wreaked by Greenspan’s obsession with Rand’s Objectivism philosophy, it is well worth knowing something about her.

Ayn Rand studied philosophy and screenwriting in the USSR at the peak of communist dominance. She was granted a visa to the United States when Western travel was restricted to the most loyal and well-connected communists. She defected and almost immediately got a screenwriting job in Hollywood, where communist infiltration was later well documented. She then produced novels glorifying extremist forms of capitalism and denouncing government.

Have Neo-Randists considered how the philosophy she engineered can undermine democracy by turning people against their government?

Look at the results when Wall Street financeers lobbied to remove the protections of the Glass-Steagall act and Fed Chairman Greenspan, a member of Rand’s inner circle, sat on his hands watching the dynamite of sub-prime mortgages and unregulated derivatives grow hotter and hotter until they exploded.

And our corporate controlled congress gave him a slap on the wrist.

Now the big banks have stopped lending because they can make more money playing Wall Street roulette with our savings. When banks don’t lend, the economy doesn’t grow.

So much of America’s wealth is concentrated in the top 1% that there isn’t enough cash circulating to grow an economy. It’s capital starvation, economic constipation, with America’s wealth clogged up in tax havens like Switzerland, the Cayman Islands, Monaco.

Go to Williams-Sonoma and unwrap a package of bamboo skewers. You cannot break the bundle, but you can break any of them easily. (Mussolini stole this analogy for fascism, but it fits democracy better. It’s common sense that unity strenghtens a group.)

A nation is strong only when it is unified. Randism is divisive and corrosive to the principles upon which America was founded–equality, unity, Love thy neighbor… , Do unto others as you would have them do unto you.

Randism has become a toxic elitist cult movement with allegiance only to borderless global power. You can almost feel America’s foundation crumbling under our feet.

It was indifference to the plight of workers by the Russian ruling elite that threw open the gates to communism. In America, democratic principles ensure against this ever happening here. Communists know this and Rand’s Objectivism is their psychological tool for dismantling democracy.

Like cancer Randism is invisible, growing within unnoticed until it is well established and difficult to treat. The current symptoms are an uber-partisan US Congress, extremist propaganda “news” organs like FOX “News” and the ever-constricting concentration of wealth.

The quickest way to ensure the success of a spy is to believe what she says. Would you expect Rand to do anything but condemn communism? The frightening beauty of her toxic philosophy is the poison comes wrapped in a candy coating of anti-communism and hyper-capitalism.

Rand’s Objectivist philosophy drives a wedge between the classes that says to the economically privileged, “You are entitled to whatever you can wring from this country and ‘meh’ to the rest of them.” The weakening of America over the past forty years has been because of the infiltration of Randist principles into organs of government through the political process. Sophisticated tools like credit default swaps enable the 2-percent to exploit recessions. Let the economy tank. Goldman Sachs proved they can make billions on the way down, where a buying opportunity awaits, like taking candy from a baby.

If Ayn Rand were merely a philosopher, why didn’t she simply publish her philosophy and let the chips fall? Why was it necessary to hype it, glorifying with fiction what should stand on its own? Because she was taught in film school that a story is the most powerful form of communication.

Today’s continuing promotional campaign for Randism is designed to fundamentally change this country. It is nothing less than an attack on capitalism camouflaged as the worship of capitalism.

Today there are nonprofits promoting Randism to grade-schoolers like mind candy. It makes Scientology look like kindergarten.

Today, Ayn Rand has been reincarnated in political figures like the political duo of Rand Paul and Paul Ryan. Do you really believe Rand Paul’s nickname is unrelated to his and his father’s devotion to Ayn Rand?

The Rand/Paul duo are fond of pointing out that America is a republic, not a democracy, yet this country was founded on democratic principles such as equality and one-person-one-vote, concepts derrogated by Ayn Rand as “collectivism.” She was a master in the use of high emotional-index labels.

Suppression of the individual by the majority has rarely been an issue in America except when the individual is a disadvantaged minority, and we have laws that protect those minorities.

On the contrary, regulatory structures were put in place to protect the majority from the excesses of individuals putting their personal gain above the rights of everyone to clean air, clean water, etc. Randism has been used to justify dismantling those regulatory protections, resulting in economic disasters resulting in bailouts paid for by the taxpayer.

Randism leads to a weak government and a weakened country, a return to feudalism, or fascism where an uber-wealthy 1% choose who runs for office, and what laws get passed. Democratic principles dissolve in the face of narcissism and greed. The roads are all toll roads. Schools are privately owned. The rich bleed the poor and middle class at every turn. Economic chaos descends and commerce slows to a crawl. We’re seeing signs of this already.

Randism can acomplish from within what no enemy could do militarily. If it succeeds in eroding the democratic principles that built America, communism will be waiting to tilt the table and watch the balls roll into their corner pocket. The turmoil of the Bush era recession and political gridlock that followed is sobering evidence that Lenin’s long shot is working.

The test will be whether our leaders have the gumtion to recognize this and return to the ways that built this great country in time to save it.

The fallacy in Rand’s philosophy, and thereby proving her nefarious intent, lies in the fact that she was more than intelligent enough to know that the rich and powerful will collude to exploit the masses until the masses revolt. Periodic Chinese dynasties and revolutions demonstrated this, as did the American Revolution against British oppression. So Rand’s intent must have been to accelerate that process with a philosophy that corrodes the Judeo-Christian principles standing in the way of her fascist dreamworld.