Bad Robot is gearing up to make a Hot Wheels movie

Originally published at: Bad Robot is gearing up to make a Hot Wheels movie | Boing Boing

Come on, we all know that that has been done and it is called Real Steel.

All the more reason to look for Matchbox Cars. I liked the idea the cars had their own little garage. Ah well, maybe people don’t even know what matches are all about let alone match boxes were.

here wasn’t enough story to justify a two-hour commitment from an audience.

Just wait for the next round when they start adapting litRPG serials. I’m currently hooked on one where the protagonist is a half eaten apple core in a garbage dump.

Surely this has been attempted and scrapped several times before now?

(On that note, what happened to the movies based on Monopoly, Tetris, and Candyland that were kicking around for a while? Did someone with some sense actually step in?)

I think “movie about cars funded by Mattel wherein a lovable celebrity (the rock?) must deadpan ‘gotta admit…these wheels are hot’” would be a more accurate description here. I just can’t imagine what kind of plot relevance there would be to calling it a hot wheels movie, a brand with - AFAIK - zero backstory. Unless it’s a Brave Little Toaster/Toy Story style story about the fate of a group of toys, in which case, I’m in.

I feel like this is the level of IP more appropriate for JJ Abrams’ “talents” than Star Trek or Star Wars.

Hot Wheels aren’t just plain cars. They can lean into all the weird variants.

A big road trip to see seven, fourteen or twenty-one mid century tourist attractions in person with a relative who is dying of an unspecified illness that makes them cough ominously from time to time.

Before Pirates of the Caribbean, the conventional wisdom was making a film about a ride or toy was an impossible feat

Perhaps the exception proving the rule, but impossible seems not quite accurate.

Surely this has been attempted and scrapped several times before now?

Hot Wheels movies have been created several times before this latest attempt. I took the family to see the first of these Hot Wheels movies in the theatre. It was generic mediocre kid-friendly content IIRC.

I mean I feel like Blaze and The Monster Machines is basically what you’d get out of a Hot Wheels movie… I think my 4 year old would certainly approve. The 9 year old, not so much.

Or are we going more kid friendly Fast and Furious? The older might be on board with that.

I’m all in for Wishbone, though.

… Oh gods I forgot the Masters of the Universe movie existed. I had purged it from my memories in the attempt to keep my childhood ones intact.

There was a Hot Wheels Saturday-morning cartoon in the late 60s.

Pages for logged out editors learn more Hot Wheels is a thirty-minute Saturday-morning cartoon series broadcast on ABC from 1969 to 1971, under the primary sponsorship of Mattel Toys. The show took pains to stress that it was "pro-safety", contrasting the safe and responsible behavior of the series' racing-club protagonists with the reckless behavior of their rivals. The show was criticized by the FCC, which considered it a half-hour commercial for toy cars. ABC contested the charge, ... 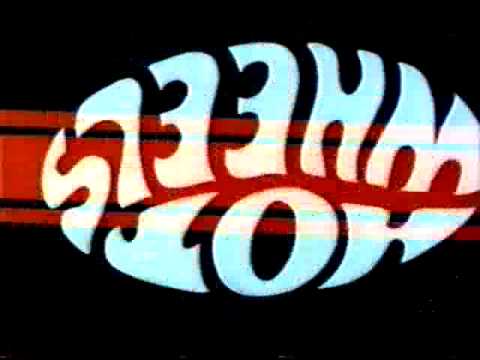 Before Pirates of the Caribbean, the conventional wisdom was making a film about a ride or toy was an impossible feat 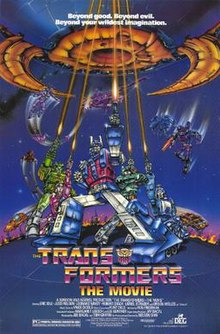 The Transformers: The Movie

Pages for logged out editors learn more The Transformers: The Movie is a 1986 animated science fiction action film based on the Transformers television series. It was released in North America on August 8, 1986, and in the United Kingdom on December 12, 1986. It was co-produced and directed by Nelson Shin, who also produced the television series. The screenplay was written by Ron Friedman, who created Bionic Six a year later. The film features the voices of Eric Idle, Judd Nelson, L...