Let’s go chat. I may know some things that could help you. Besides, if trouble does find its way up here with my name on it you deserve to know why it came knocking. 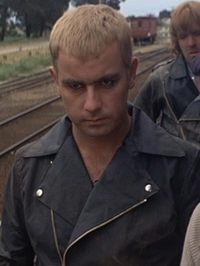 If no one else speaks up, I move that we go with “first claimed, first gets”, with me as the first claimant…

I s’pose you’re right - Perky here could do with some more Firepower. She’s quick, agile and lovely, but I’d feel happier with here having some proper teeth!

I’m in the ring for some FP. And that’s not Fried Potatoes.

Jeez Bubba @bizmail_public, I talk a whole bunch and then you want “First claimed, first gets?” That one seems mighty problematic for our drivers that sleep at all sorts of different hours of the day.

I say we wait for the next salesman (if any) and put an LP price on it. Anyone who wants it pays for it, the LP goes into a pool and gets redistributed to those in Mission 2 that didn’t buy a gun.

I woke up wondering how to distribute the loot as well. We all might want to sit down and hash it out a little more while some people are still asleep. I’m looking for more HP before anything else at this point, as I’m as weak as a Mechanic without the glory of being in the Union. But we should figure out as a unit what people are looking to do.

Thing is, and this is just to point out the alternatives, if we do it on LP then the free market may not allocate the FP to the drivers best positioned to maximise benefit to the team overall. Scouts and escorts already have high speed and maneuverability, some have decent armour. Mechs and mules are low on FP but also low on SP and MV.

So we can visualise a choice between tactics: A strong, fast outer “ring” of attack / defence, or concentric circles of diminishing FP that could slowly bring any attack to a halt.

OOC: Just trying to make sure people get something out of the drops, otherwise people will have less incentive for teaming up. More FP on scouts or escorts makes the most sense tactically, as those classes escort the rest.

Also, First Come First Served is just about the worst scheme out there. It only rewards fast clickers (first posters in this case), and you get a distracted team. Drops per character is the least amount of work, (random assignment by GM) so I wouldn’t mind that either.

In video games, a loot system is a method of distributing in-game items amongst a group of players. Loot Systems exist solely because of the game mechanics of popular massively multiplayer online role-playing games (MMORPGs). One of the primary objectives in this genre of game is to improve one's character, the representation of the player in the virtual world. The common ways to do this involve obtaining experience or by upgrading the items the character uses. In the most popular MMORPGs, such...

I say throw them all up in the air, and let The Craftsman decide which cars they land on.

Oh for science’s sake. Are you telling me that we’ve lived through the fall of civilization only to watch yet another hokey religion get born? We all know they’re no match for a good blaster at your side.

I say we wait for the next salesman (if any) and put an LP price on it. Anyone who wants it pays for it, the LP goes into a pool

I hereby bid 2 LP for one gun.

Who else is in?

I will match that bid for one.

… and of course, I match that bid also.

To be totally honest, I’m in favor of the system that gets me another gun.

But even more then that I would like the system to make sense. It seems to me that whoever brought it “home” gets first dibbs but there is something to be said for a more practical distribution. Problem is (as usual when it comes to distributing wealth in a group) how do you decide whats best?

Do we maximise already high skills or bring everybody up to the same level? Push for specialisation, for allroundness or a mix?

[Edit:] If we go with the bidding system then I also offer two LP for a gun (is there even one left?)

Bubba had a really good breakdown for 4 options. I’m of the opinion that specialization is part of the structure of the group. Mules have a lot of TQ and HP. Escorts have high HP and FP. Scouts have SP and MV. Mechanics can read and have EN. Maxing specific role stats seems to make the most sense in the long run.

However, we’re still early in the long run and people are trying to get their stats into a semblance of form to make their craft unique. I feel really low on HP compared to all the other Scouts, but tweaked AR to compensate a few rounds back. But I think we all feel low on FP because it’s a dangerous goddamned world that we’re trying to make it through.

Mission 2 was specified as getting all the ammo the group would ever need with the bonus of LP from raiders and the possibility of more guns. Missions 1 and 3 were rewarded with LP for the most part instead. It stands to reason you went on 2 to get guns as a priority, so we might want to look into “rewarding” those on 2 first the same way I expect the Mechanics to do whatever they want with the safe. That said, I still don’t have any solution to this issue other than determining who else actually wants one at this point.

No rush yet (Missions posting soonish), but fresh rumblings are afoot here.

Round Four is about to begin.

I know I hauled back a few of those .50 cals, and pissed quite a few pints out to hose them off, but I don’t care to put one on my rig.

I find they drown out the mids and are kinda harsh on the trebly end. 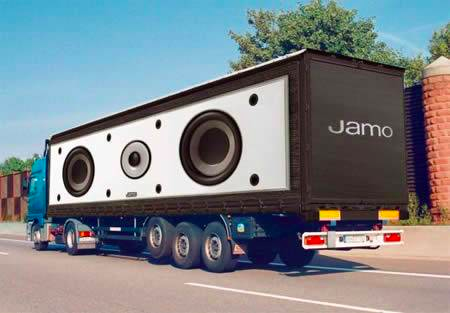 I prefer that escorts and scouts maximize what they are best at - killing stuff before it gets to me.