I’ve started working on the next round of Badass Space Dragon which I’m hoping to bring back to the BBS this winter.

I’m trying to learn from my mistakes the first time around but everything seems so rosy in the forgiving light of memory. Let me know if you have suggestions or want to help out on the management side of things.

I’m in Portland for xoxofest this week and Seattle next week if anyone wants to meet up for some space gin. Twitter handle is @alaskarobotics

I did not participate in Badass Space Dragons, but I would very much like to take part in v 2.

My reply in this thread is to establish notifications and tracking.

Dammit. I’m in Seattle every week except next week… 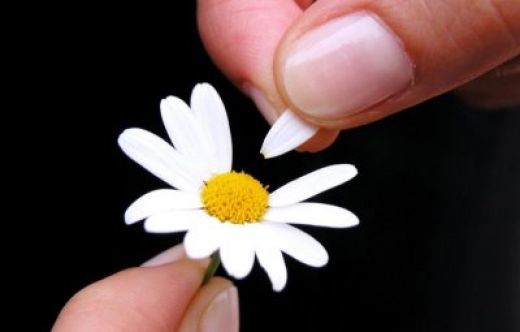 I just don’t want to wait at the ass-end of space while oxygen slowly leaks from the ship and the world asphyxiates.

Does it wants NPCs, my precious?

Yes! I’m inviting internet mini-celebrities and BBeditors to drop in as NPCs. Come take potshots from your pleasure barge!

Should add, I’m happy to help out as/when required (although playing is always fun), offer suggestions based on our last two games, etc. You can probably guess what they’d be anyway - mostly about focus, complexity and timescales

Oooh, I see @Donald_Petersen has been around today…

Indeed! 'Twasn’t just a Bigfoot sighting. To make a long, grim, and ultimately uninteresting story short, I spent the summer off the internet altogether, due to a range of issues personal, professional, medical, and familial. On those occasions when I could think about other things, I was consumed with regret and self-loathing for leaving the whole Wasteland and its stalwart denizens up in the air for four months plus. A bit over a week ago, shortly after I resumed having some sort of web presence, I reached out to @penguinchris to see if maybe we could hammer out a quick wrap-up to the BDW saga, just to tie up the loose ends. He and I have been working on an endgame since then, just on the off chance that anyone might be interested in some Wasteland closure.

If nobody’s interested, I most certainly understand. If any (or all) of you are more than a little pissed at me for pulling this vanishing act, I certainly understand that too. I can only offer in my defense that I was having the time of my life with Badass Dragons of the Wasteland, and that’s entirely due to all you guys and gals and Gorns, and I would never have left if my personal circumstances hadn’t demanded it as emphatically as they did. (The 10,996 unread emails in the Yahoo account tied to my Discourse account ought to be indicative of how out-of-touch I’ve been.) But my summer storms seem to have passed, and I’d really like to resume my old online presence, since my RL ships have finally righted themselves, so to speak.

So let me know what you think. If any of you are interested in a quick wrap-up, I propose the final two rounds take place over the course of just one week, beginning next Friday, 9/26, and concluding the following Friday, 10/03. Perhaps it could be a palate-cleanser to finally wash all that irradiated desert sand off our tongues, and clear our minds for whatever deep-space awesomeness and Badassery Pat has in mind.

mostly about focus, complexity and timescales

Nixxxon undersssstatessss perhapsss! Actually, though those three issues (among others) hung heavily over BDW (and I take full responsibility for those failings), I think daneel might agree that BSD v.1 seemed like an awfully shipshape enterprise in those regards. In any event, I certainly learned a lot this past year. I look forward to playing Pat’s sequel, if you guys aren’t too mad at me, but now I know I ain’t no kind of GM, and I’ll happily leave the running of these future enterprises to the imaginative and competent folk like Pat. But I figure having a definite start date and end date will keep things under control. I never would have admitted it in college, but a firm deadline has always been my best friend when it comes to finishing something.

I’m definitely in for BSD II! I echo Donald’s remarks and have to say that Pat did such a good job, he made it look way easier than it is, heh.

By the way Donald, I was largely off the computer the past couple weeks myself but I’ll be back in game stuff probably tomorrow and we can get it done.

Still wanna help me get that kid to Mars? I promise it’ll only take a week

Just glad you’re back, buddy. Hope the RL difficulties are all sorted.

Looking forward to the wrap-up of Wastelands. Let me know if you come out of it with any suggestions for BSD gameplay.

You guys rule, seriously. Looks like we’ll be set to go on Friday!

A noise rose from the valley at sunset. The drivers startled, gave a brief pause. Even Talleyrand-LaRoche and Jack Junior stopped going on about something or other. Perfect silence filled the hazy warm orange air as a hawk circled lazily among the clouds. Something was finally happening. Eyes were met, smiles exchanged.

It was a pretty goddamned magical moment.

Then we all remembered as one that hawks had been the first to die. And the ones that didn’t die had gotten pretty badly mutated,with their DNA mixed with bats, coyotes, and sometimes octopus. So we were all looking at a badass man-eating wolf with a bad attitude, the ability to easily find you in the dark, could fly and sometimes just creep you right the fuck out as it ripped you limb from limb with it’s tentacles. The only questions were which one of us was it going after and could we get to our guns in time?

The wings folded.
Down came the thunder.