Developed by the creators of Divinity: Original Sin 2

I really need to play D:OS2, have heard a lot about how good it is

(If it’s anything like MS-DOS 6, I’m guaranteed a good time! etc. etc. sees self out)

so long as you can teach yourself to ignore the deranged hidden spreadsheet of 2nd-edition AD&D throwing all its meaningless numbers at you.

Noooo! The meaningless numbers are the best bit.

“Doesn’t matter, Sir. The mage has just fireballed it.”.

I hope there is a special place in Hell for people who create game trailers with no gameplay footage.

I am very excited about this, i’m particularly looking forward to playing through the campaign with multiplayer. I’m such a huge fan of Baldur’s Gate 2

Larian is a great studio. I’d play whatever they release next.

I really need to play D:OS2, have heard a lot about how good it is

That game is really something. If you have fond memories of Ultima 6 or 7 you’ll probably love it.

so long as you can teach yourself to ignore the deranged hidden spreadsheet of 2nd-edition AD&D throwing all its meaningless numbers at you.

Maybe they’ll update it to 5e so you’re not dealing with THAK0 behind the scenes as you’re battling.

Totally agree. Since practically the first video game advertisements, it’s been this way, but I’ve noticed it’s been particularly egregious since the late 1990’s. I loved the Baldur’s Gate series, but until I see game play, all you’ve sold me is a decent piece of animation and not an actual product.

Maybe they’ll update it to 5e so you’re not dealing with THAK0 behind the scenes as you’re battling.

Of course more seriously as long as it’s behind the scenes who cares whether they calculate it the one true way or not?

Do they have a comprehensive array of pole-arms, that’s what I want to know. 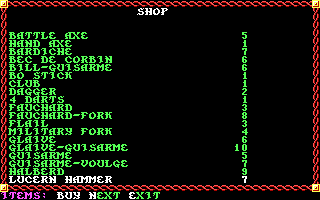 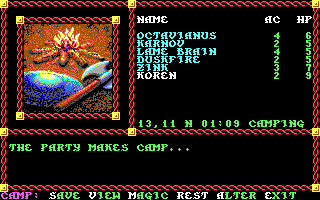 Pool of Radiance: The Story Begins

A blog in which a dedicated addict plays through all PC computer role-playing games (CRPGs), in chronological order.

Maybe they’ll update it to 5e

One can only hope.

That’s THAC0 (To Hit Armor Class 0) and I can’t imagine they’ll still be working with lower AC being better. The table top game fixed that three and a half editions ago.

There is a little bit of a worry that the underlying ruleset will be more inspired by D&D than having authentic D&D rules.

Of course more seriously as long as it’s behind the scenes who cares whether they calculate it the one true way or not?

I do! If I don’t know the formulae then how can I maximize my effectiveness? To be fair, I guess I don’t care what it is as long as I know what it is.

I actually had no idea the original games used 2nd Ed rules! I imagine they might keep them as-is for consistency.

So…if we get Baldur’s Gate 3, would it be too much to ask that we can also have KotOR 3, and (whisper it)…Half…(shh)…Life…3…probably

I’ve just completed a playthough of BG1 (original, not Beamdog) and I’m playing KotOR just now…so I’m kind of committed to this stuff…

Here’s to hoping this is a success so we can get NWN 3 (please make it classic in terms of persistent world engine). <3

Though often counted among the top PC games of all time, the series ground to a halt after a superior sequel, with a third title announced but lost to time, the press of other projects, and corporate bankruptcy.

If this is all game-grandpa talk to you, the originals have already been remastered for modern machines and are still pretty good

Some folks seem to be strangely insistent that the originals are still superior, but goodness knows they’ve got some Byzantine installation instructions.

One of these days I’ll get around to PS:Torment. Utterly extraordinary by every account.

They are currently internally pitching a series of KOTOR movies, as far as rumors go. 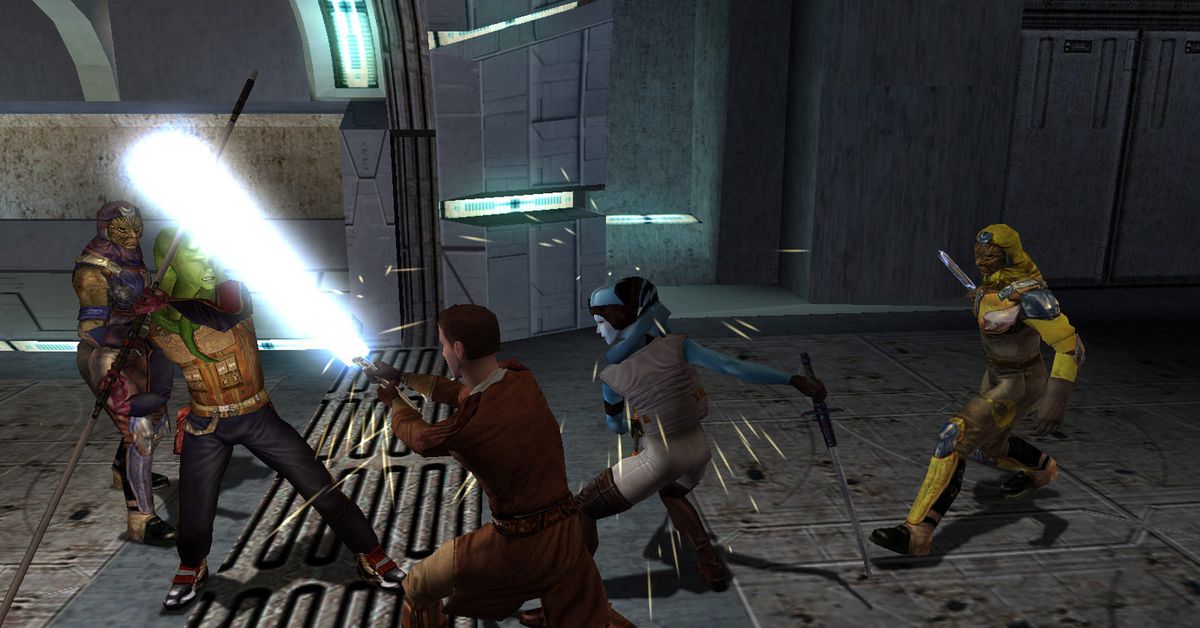 Report: Knights of the Old Republic movie in the works

Although I would still rather have more single player CRPGs, especially those set in such well-established worlds/galaxies/universes. Choose your own adventure, to coin a phrase…