Well, this certainly provides some perspective on why Baltimorean security forces might actually believe that All The Gangs are putting aside their feuds in order to come and kill them… As it happens, they got off a great deal easier than that; but they must be aware that they’ve been working hard to deserve it.

I’m not hungering for violence - many innocents die in revolutions big and small. But… how many more times does this have to happen before something like Genius (graphic novel) takes place? Or, to take it out of the fictional realm (given that for the sake of narrative, of course things line up perfectly to set the situation up), when does it become all-out war? I mean, when you have nothing left to live for…

It will take a legislature willing to tackle the issue head, and that’s a heavy lift.

There’s the reverence of absolute government authority that the police represent, the deference given to police by soulless magistrates and judges, and an ivory-tower-residing SC that enshrines these abuses. There’s deeply ingrained racism, bolstered in part by the media’s focus on the background of the people brutalized rather than on the police officers doing it. There’s the trend that moves local PDs far, far away from community policing and toward tanks and riot gear. There’s all the money made by contractors supplying that gear and wanting to expand their wartime market to US soil. There’s the “broken windows” approach that seems designed to engender ill will and mistrust between police and communities.

There’s that fact that most of the voting public, as the writer notes, has never and will never experience police brutality or abuse. Dedicated activism is exhausting and most people never so much as email their reps about issues that directly impact their lives, never mind issues they may never have to deal with. Maybe we’ll see a threshold effect when more of these stories surface. Maybe some elected leaders will have the integrity and fortitude to address it head on. I won’t hold my breath. Historically, it has taken a very long time for the US to address civil rights issues, and historically it has proven very difficult to wrest power from government hands.

…but pockets of violence erupted when a small group smashed windows and threw bottles at officers.

Oh? You mean the city wasn’t on fire? You mean black gangs weren’t running amok, stabbing police officers by the hundreds and raping every white woman they saw? YOU MEAN BALTIMORE WASN’T ENGULFED IN A CONFLAGRATION MATCHED ONLY BY THE FIERY PITS OF HELL!?!?!

Ahhhh…I’m calm now. And to answer my own question, no, it wasn’t like that because I fucken live there. Saw it in New Orleans following Katrina and I’ve seen it in Baltimore now and it’d be great if the media–not the mainstream, lamestream, right-wing, left-wing, whatever whatever, but the media as a whole–didn’t create such an all-encompassing conflagration out of thin air. Not denying riots happened or that stuff was destroyed, but it’s nice to see Reuters, for one, handling things with a little more nuance and a lot less hot air.

Maybe some elected leaders will have the integrity and fortitude to address it head on. I won’t hold my breath.

The Sun this sunday had a story about how Marilyn Mosby, the DA in B’more, was getting a lot of negative attention for the way she’s handled the case, allegations of conflict of interest, that she’s a media-whore, etc. etc., all of which says to me that she’s probably handling the case the way it needs to be handled. And I’ve been saddened by the (unsurprising) full-blown rhetoric coming from the local fraternal order of police, about how they’re being put upon and it’s a tough job and the mayor doesn’t support them and so on. Not quite as bad as the cops turning their backs on DeBlasio, but it ain’t good. As the saying goes, Baltimore’s problems didn’t start with the death of Freddie Gray–that shit’s been going on for a long, long time, and I hope to hell someone can help to sort things out for the better.

This could be seen as a one-person mini-revolution: 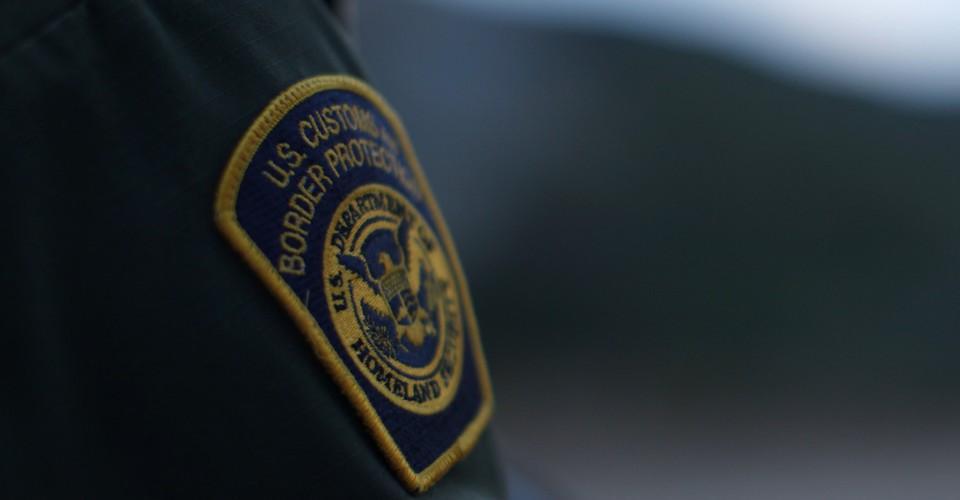 Border Patrol Agents Tase an Unarmed Woman Inside the U.S.

Video of the encounter suggests that this is yet another instance of needless escalation and excessive force.

Yes, I made the mistake of viewing the comments section after finishing the article. Silly me, I thought there might be some intelligent comments. I quickly came back here to get the crazy people out my head.