Some people do not seem to understand that one does not put a big stick into the hornet’s nest and stir vigorously. It has consequences.

I thought it was cute he is such a net master he thought if he deleted his messages they would all vanish. oops.

Oh and I blame what I learned reading BoingBoing for my bad language in my comment.

Baybrook Remodelers, Still In The Midst Of Suing People For Negative Reviews,...

Baybrook Remodelers, whose litigious efforts to silence a critic we covered last month, has apparently hired an SEO guy (or rather, Todd Ramos - SEO Guy) to help clean up its internet presence. Part of this cleanup effort involves asking sites...

I appreciate the willingness of Boing Boing to allow this “SEO Consultant” the opportunity to dig a grave for his client. Well done!

What are these “SEO Consultants” of which you speak?

As much of an assclwon he apparently is, he did a fine job. Google Baybrook Remodelers, Inc. right now - first pages show nothing of the controversy and the first hits are mostly review sites giving them above average ratings (I know they’re probably manipulated with shill reviews).

Minor editing note: it took me a few tries to get “its founder, Mike Masnick” to read as TechDirt’s founder, as opposed to Baybrook’s or something.

Oh that is wonderful. I’ve done a small amount of the less odious kind of SEO in the past, and this man sounds like he’s from the year 2006! Google stopped worrying about Page Rank as a primary way to rank websites a long, long time ago.

I couldn’t decipher that, so I came to the comments to figure out what was meant by that. Thank you.

inventing imaginary conversations with Boing Boing in which we are said to be considering removing our own overage. 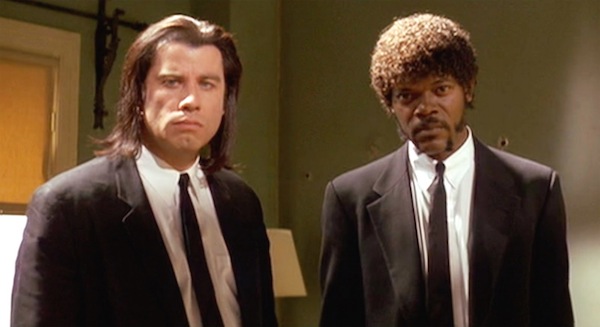 Wait, I have a brilliant idea. We can use the forces of internet thuggery against each other!

Perhaps I need to change occupations and go into the SEO racket. I can do at least as shit a job as this Todd Ramos character seems to be doing on behalf of his client Baybrook Remodelers.
I am starting to wonder if SEO jobs attract a lot of sociopaths, given the con-men tactics and how many of them seem to respond when challenged at all, as documented here and on Popehat.

Hi there.
I’m from the government.
I’m with the National Security Agency.
You may have heard about our new fantastic data centers that we built out in the middle of nowhere, and now I can tell you what they are all about. We’re proud to be on the forefront of our nations progress and through technology, we have begun the great task of creating revenue by reporting and controlling the use of information.
I’d like to tell you about this new program we currently offer under our new revenue generation enhancement program .
For a negotiated fee, we can and will provide you with a file which will contain all information about the subject you specify. You specify target parameters, we look at only those parameters and create a detailed report. Complexity determines fee.
The NSA does not make claims of either right or wrongdoing, we only provide the information.
What the original entity does with this information is entirely up to that entity.
Attention: If criminal activity is determined at any time, law enforcement may become involved. This includes all government entities that are coupled with enforcement responsibilities up to and including major branches like the Department of Justice, the Federal Bureau of Investigation, the Internal Revenue Service.*

There’s my one brilliant idea per day. take it and do what you will

Um, couldn’t they just do better quality work to get some positive reviews?

Well I for one will tweet a link and do my part to make that come true.

Um, couldn’t they just do better quality work to get some positive reviews?

couldn’t they just do better quality work to get some positive reviews?

Maybe they are used to controlling others and seek to punish those whom they cannot control. “Bully” might be the word to use here.